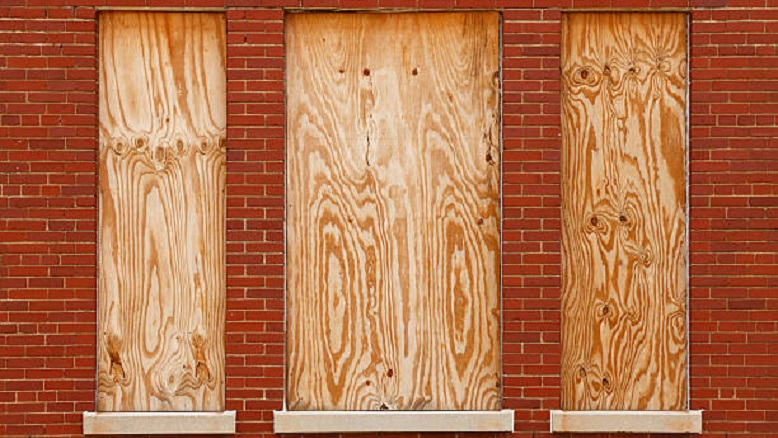 The number of empty commercial properties in London’s zones 1-3 has reached more than 10,000 according to new figures out today from Live-in Guardians. The company carried out research among London’s 22 Local Authorities but with many unable to report the data, the current 10,666 figures on record is expected to be thousands higher. The Live-in Guardians Vacant Property Index undertaken by the guardian company, is the first annual report to collect the data with many councils missing the data.

Founder Arthur Duke, a former commercial lawyer, has lambasted the housing department and the Mayor of London, Sadiq Khan for not doing enough, while there is a crippling housing crisis in the capital. He says the Government will create more red tape for companies like his, despite so many buildings being unused, when they introduce more onerous HMO (House in Multiple Occupation) legislation later this year.

Under the Freedom of Information Act, Live-in Guardians’ research has revealed the empty commercial building figures across the 22 Local Authorities. Of those asked, eight councils were unable to provide the information. “It’s like The Titanic not filling all its lifeboats – thousands of buildings that can create affordable means of living are lying empty,” says Duke, who believes the Government should be looking into its empty building portfolios, when it comes to improving housing availability in the capital.

These empty building figures have grown over the last few years with two buildings a week becoming empty in Zones 1-3 only. The figures reveal the worse offenders – the City of London with 3,409 empty buildings; Hammersmith & Fulham with 1,288 empty buildings and Ealing with 1,147 vacant commercial properties. Interestingly, Kensington & Chelsea and Newham Councils did not respond to the request.

Duke goes on: “This is a reflection of extortionate property prices coupled with ferociously high business rates that push companies further away from the centre of town to the suburbs. Many of the buildings from our research include office buildings, retail premises, police stations, warehouses and factory buildings. We also have former law courts, restaurants, a former go-karting track and even a few banks.”

The HMO rules will see the license requirements change from ‘properties occupied by five or more people, forming two separate households comprises three or more storeys’ to all properties irrespective of how many storeys. These new rules will make it difficult for empty building owners to house guardians living communally in their larger commercial buildings. Duke adds: “I struggle to find the empty building figures acceptable. Especially when there is an increased amount of red tape forecast and fines of up to £20,000, which will mean higher costs to get these buildings in a condition where they are suitable for guardian occupation, when these buildings could be housing Londoners who are struggling to afford quality accommodation in the central London Zones.

“More should be done to make use of these empty spaces, which are, in fact viable temporary homes with a little imagination and effort – that benefit all parties. The Government should see these empty buildings as an alternative temporary form of living and has the added bonus of helping guardians save money they could potentially use to buy their own property in the future. Once guardians are living in commercial spaces, the owners are typically exempt from paying business rates and there’s no requirement for expensive security costs.”

Guardians typically pay less than 50% of the private rental costs, making it more affordable for them to live and work in the capital. Meanwhile, real estate advisor, Altus Group, says the average business rates bill for a commercial property in the City of London last year was £63,234 up 23.4% following last April’s revaluation – empty business rates can be mitigated once guardians occupy a commercial space, while its awaiting for example, planning permission.

House prices in London now weigh in at eight times the average salary, so there is a need for some dramatic action to resolve this growing problem. Duke suggest that the new Housing Minister, Dominic Raab and the Mayor of London consider these figures, and start assembling a true record of empty buildings. Moreover, rather than trying to assist, it seems that local councils are putting additional hurdles in place. “The Government should be supporting guardianship. There’s a real need for these empty buildings to be put to good use, the guardian figures prove this.

“I strongly urge that HMO legislation should not be applicable to Guardian properties or at least with a 12-month exemption, as guardian occupation is always ‘temporary’, unlike ‘pure’ residential buildings, which will be residential indefinitely. There is a housing crisis and thousands of empty buildings, surely this is a feasible temporary solution,” Duke explains.

Live-in Guardians currently manages 70 buildings in London, each home to savvy professionals who are using this as an alternative solution to affordable living. However, with over 2,000 Londoners looking to become a guardian at any given time, the numbers reflect the need for viable housing opportunities.

Arthur adds: “I am consistently astonished at the small number of business owners that are knowledgeable on the subject of putting guardians into their empty commercial spaces to save on business rates. It seems like a no brainer to me. If you have any empty building standing there, it is liable to be vandalized or at risk from squatters – but it doesn’t need to be empty. We have hundreds of vetted people who are desperate to live close to central London without the usual price tag.

We must tackle the housing crisis – Lords economic affairs committee