All News
You are here: Home1 / All News2 / Building News3 / A new Apple campus at Battersea Power Station redevelopment 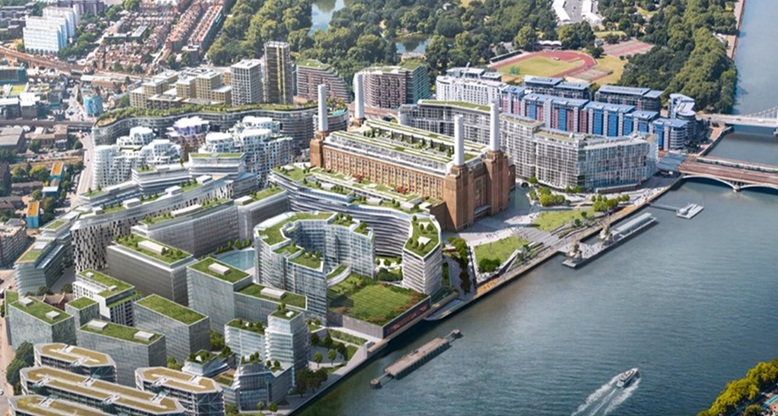 Apple will be the largest office tenant at Battersea Power Station occupying approximately 500,000 sqft., across 6 floors of the central Boiler House inside the historic icon. Apple is expected to move into the Power Station in 2021.

Battersea Power Station will be Apple’s new London campus and its office will account for circa 40% of the total office space in the whole development.

Apple has today said it is looking forward to opening its new London campus at Battersea Power Station in 2021. 1400 Apple employees from existing offices around London will relocate to this magnificent new development at one of London’s best known landmarks. Apple has added, that this is a great opportunity to have its entire team working and collaborating in one location while supporting the renovation of a neighbourhood rich with history.

Dato’ Johan Ariffin, Chairman of Battersea Holding Company Limited, said “We are delighted to welcome Apple, the world’s most valuable brand, to Battersea Power Station, London’s most iconic development. This move by a brand of such calibre will serve to generate even more interest in Battersea with its vibrant mix of commercial, exciting retail and residential offerings in a cultural setting designed to drive innovation and enterprise. Apple can only strengthen this formula for success.”

Rob Tincknell, CEO of Battersea Power Station Development Company added: “We are delighted that Apple has chosen to make Battersea Power Station its home in 2021. It is testament to our fantastic building and the wider regeneration of the 42-acre site which offers a carefully curated mix of homes, businesses and leisure amidst extraordinary open spaces and new transport links. It has always been our clear objective to create one of London’s most thriving new communities and this commitment from Apple will undoubtedly help us achieve our goal.”

Sadiq Khan, Mayor of London commented: “I am delighted that Apple is moving into Battersea Power Station‎, helping to generate new jobs and economic prosperity for Londoners. It is a further sign that London is open to the biggest brands in the world and the leading city for trade and investment.”

Welsh Slate is trusted to help deliver a medieval facelift

VISION – The future of the built environment

What happens to European Standards in a post-Brexit Britain?
Scroll to top