All News
You are here: Home1 / All News2 / Building News3 / Contracts signed to deliver tunnels, bridges and earthworks for HS2 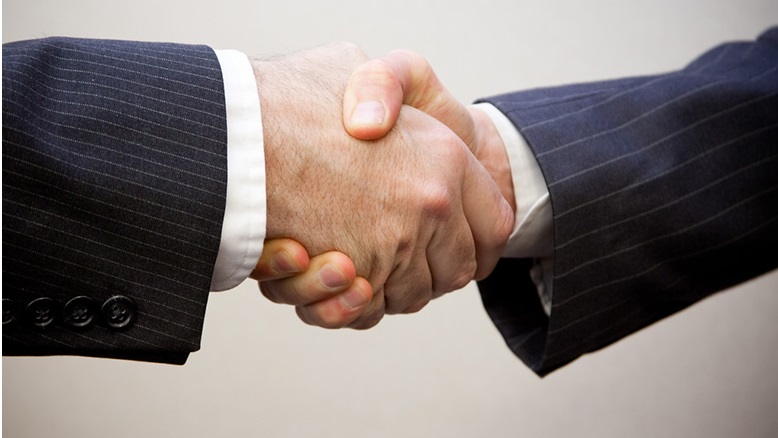 HS2 has taken a major step forward, with the formal signing of contracts to deliver the tunnels, bridges and earthworks that will carry the first phase of the UK’s new high speed railway from London to Birmingham in 2026.

High Speed Two (HS2) Ltd Chief Executive, Mark Thurston, was joined by representatives from SCS JV, Align JV, CEK JV and Balfour Beatty VINCI, in a signing ceremony at the company’s Birmingham head office. The winning companies, whose names were released by the Department for Transport last month (17 July 2017), will go on to support 16,000 jobs across the UK-wide supply chain as they deliver what will be the biggest investment in UK’s transport infrastructure since the building of the motorways.

High Speed Two (HS2) Ltd Chief Executive, Mark Thurston, was joined by representatives from SCS JV, Align JV, CEK JV and Balfour Beatty VINCI, in a signing ceremony at the company’s Birmingham head office. The winning companies, whose names were released by the Department for Transport last month (17 July 2017), will go on to support 16,000 jobs across the UK-wide supply chain as they deliver what will be the biggest investment in UK’s transport infrastructure since the building of the motorways.

Welcoming the milestone for the project, HS2 Chief Executive Mark Thurston said “HS2 is more than just a railway. The contracts will provide much needed extra capacity and connectivity between our major cities, but it will also unlock huge opportunities for new jobs, homes and economic development and start to rebalance our economy.

“We are determined to deliver the project to new levels of safety and efficiency, with respect for communities, protection for the environment and value for money at the core of everything we do. The contracts we signed today will support 16,000 jobs and generate thousands of contract opportunities within the wider supply chain, spreading the benefits of this investment across the whole country.”

A team made up of Skanska, Costain and STRABAG (SCS JV) will build the first section of the route which is in a tunnel between Euston and Old Oak Common and onwards to Northolt. Welcoming the contract award, Peter Jones, Executive Director and SCS JV board member said “We are delighted to have been awarded these major contracts by HS2 which follow on from the South Enabling Works Contract awarded last year.

The awards are further testimony to the SCS collaborative approach and our strong track record in applying technology-based innovative solutions in the delivery of large-scale projects.

Align JV, a team made up of Bouygues, VolkerFitzpatrick and Sir Robert McAlpine will build the next stage, including the Colne Valley Viaduct and Chilterns Tunnel. Welcoming the contract award, Jérôme Furgé, Align Project Director said “I have worked on many major projects around the world, and find it a special privilege to be working on HS2. This project will require a unique level of collaboration between all of us and the highest industry standards, expected by HS2, will be implemented in order to obtain the very best outcome. My Align colleagues and I are delighted to be part of the challenge to deliver a world-class asset to the UK.

The largely rural stages between the Chilterns Tunnel and Long Itchington will be built by a team made up of Carillion, Eiffage and Kier (CEK JV). Welcoming the contract award, Sean Jeffery, Executive Director and Chairman of CEK JV Board said “We are delighted to have been selected to help deliver this major infrastructure project and look forward to working in partnership with HS2. Our involvement in this project will enable us to create many new jobs and training opportunities as well as working with a diverse range of supply chain businesses from across the UK.”

A team made up of Balfour Beatty and VINCI will complete the route, taking the line north past Birmingham Airport and into the new Curzon Street station in the centre of Birmingham, as well as onward to a connection with the existing West Coast Mainline at Handsacre. Welcoming the contract award, Mark Cutler, Balfour Beatty VINCI HS2 Managing Director, said “I am proud that our long-standing joint venture has been chosen to deliver these two important and complex sections of HS2.

“This iconic rail infrastructure project will create significant opportunities for the UK construction industry and enable long term benefits in skills, jobs and regional prosperity. We look forward to building on our successful track record of major infrastructure projects, and playing our part in the delivery of HS2.”

The contracts are two-stage, with the contractors spending the first 16 months working collaboratively with HS2 Ltd on the detailed design before construction begins around 2018/19. Preparatory work has already begun on the project with geological investigation underway across the route and ecological and archaeological work due to begin soon.

The North West led all regions for new-build activity

Bogus self-employment in construction out of control, warns Unite