All News
You are here: Home1 / All News2 / Building News3 / Strong start for construction in 2017 as housebuilding flourishes 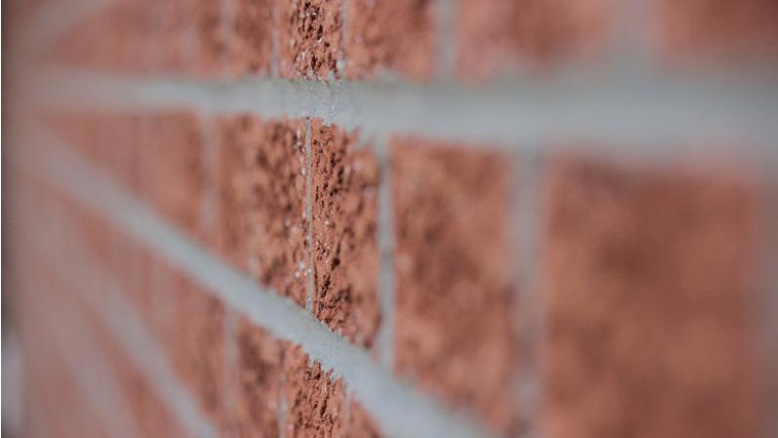 The construction industry has started 2017 strongly, with an increase in activity levels as the value of new building contracts awarded in January reached £6 billion, spearheaded by strong figures from the housebuilding sector.

According to the latest edition of the Economic & Construction Market Review from industry analysts Barbour ABI, housing figures increased sharply across January, with construction contract value reaching £2.7 billion, a massive 83 per cent increase compared with January 2016. 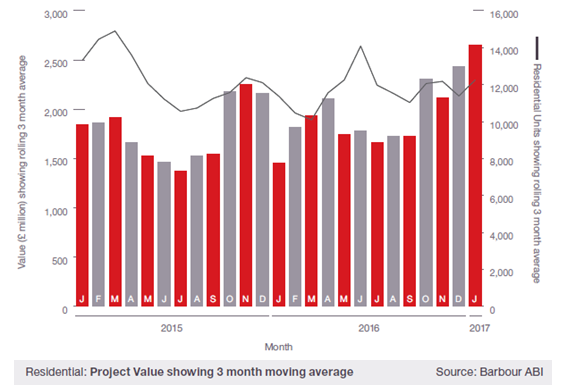 Of all the type of projects across housebuilding, it was private housing that dominated in January, with 91 per cent of the total construction contract value in January, compared to just 66 per cent a year ago. Market conditions for private housing were also favourable for housebuilders in 2016, with Crest Nicholson recently reporting a 27 per cent increase in full year profits.
There are also currently £5.8 billion worth of housebuilding contracts that are nearing award status, suggesting this month’s growth is likely to continue over the next few months and beyond.

London unsurprisingly led all regions based on total construction contract value in January, accounting for 26 per cent. This was helped greatly by the £900 million One Nine Elms Twin Towers development, the largest project recorded on the month.

Commenting on the figures, Michael Dall, lead economist at Barbour ABI, said: “Whilst the housebuilding sector is performing admirably, we expect to see its growth continue to flourish across 2017. However, other sectors now need to start producing more auspicious figures, such as the commercial & retail sector, which saw a year-on-year decrease of 40 per cent last month. Infrastructure, another traditionally big performing sector, is also in a slump with January figures being the lowest for 12 months.”

“On the positive side, the number of projects awarded in January jumped by 50 per cent compared with December and 25 per cent when looking at January last year. These figures are encouraging and would suggest that work is most certainly on the way.”

Volume of new homes being built continues to rise