All News
You are here: Home1 / All News2 / Product News3 / Sustainability4 / Offshore wind energy could provide a third of all UK electricity by 20... 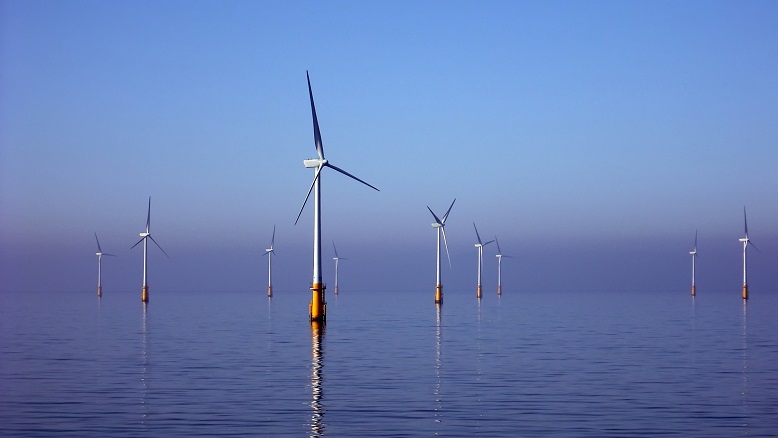 Clean, green offshore wind is set to power more than 30% of British electricity by 2030, Energy and Clean Growth Minister Claire Perry has announced with the launch of the new joint government-industry Offshore Wind Sector Deal.

This deal will mean for the first time in UK history there will be more electricity from renewables than fossil fuels, with 70% of British electricity predicted to be from low carbon sources by 2030 and over £40 billion of infrastructure investment in the UK.

This is the tenth Sector Deal from the modern Industrial Strategy signed by Business Secretary Greg Clark. It is backed by UK renewables companies and marks a revolution in the offshore wind industry, which 20 years ago was only in its infancy. It could see the number of jobs triple to 27,000 by 2030.

The deal will also:

Claire Perry, Energy & Clean Growth Minister said “This new Sector Deal will drive a surge in the clean, green offshore wind revolution that is powering homes and businesses across the UK, bringing investment into coastal communities and ensuring we maintain our position as global leaders in this growing sector.

“By 2030 a third of our electricity will come from offshore wind, generating thousands of high-quality jobs across the UK, a strong UK supply chain and a fivefold increase in exports. This is our modern Industrial Strategy in action.”

The Co-Chair of the Offshore Wind Industry Council and Ørsted UK Country Manager for Offshore, Benj Sykes, said “Now that we’ve sealed this transformative deal with our partners in government, as a key part of the UK’s Industrial Strategy, offshore wind is set to take its place at the heart of our low-carbon, affordable and reliable electricity system of the future.

“This relentlessly innovative sector is revitalising parts of the country which have never seen opportunities like this for years, especially coastal communities from Wick in the northern Scotland to the Isle of Wight, and from Barrow-in-Furness to the Humber. Companies are burgeoning in clusters, creating new centres of excellence in this clean growth boom. The Sector Deal will ensure that even more of these companies win work not only on here, but around the world in a global offshore wind market set to be worth £30 billion a year by 2030.”

Keith Anderson, ScottishPower Chief Executive, concluded “ScottishPower is proof that offshore wind works, we’ve worked tirelessly to bring down costs and, having transitioned to 100% renewable energy, will be building more windfarms to help the UK shift to a clearer electric economy. Two of our offshore windfarms in the East Anglia will replace all of the old thermal generation we’ve sold and we are ready to invest more by actively pursuing future offshore projects both north and south of the border.

“We have a fantastic supply chain already in place in the UK, from businesses in and around East Anglia to across England, across Scotland as well as Northern Ireland. The Sector Deal will attract even more businesses in the UK to join the offshore wind supply chain and we are excited to see the transformative impact this will have on our projects.”

In addition, the deal will:

The cost of new offshore wind contracts has already outstripped projections and fallen by over 50% over the last two years, and today’s further investment will boost this trajectory, with offshore wind projects expected to be cheaper to build than fossil fuel plants by 2020. The Deal will see UK continuing as the largest European market for offshore wind, with 30GW of clean wind power being built by 2030 – the UK making up a fifth of global wind capacity.

The UK is already home to the world’s largest offshore wind farm, Walney Extension off the Cumbrian Coast, and construction is well underway on projects nearly double the size. Around 7,200 jobs have been created in this growing industry over the last 20 years, with a welcome surge in opportunities in everything from sea bedrock testing to expert blade production.

The Deal will look to seize on the opportunities presented by the UK’s 7,000 miles of coastline, as the industry continues to be a coastal catalyst for many of the UK’s former fishing villages and ports. Increased exports and strengthened supply chain networks will secure economic security for towns and cities across the UK.

Energy savings for Bristol family with EWI by Saint-Gobain Weber