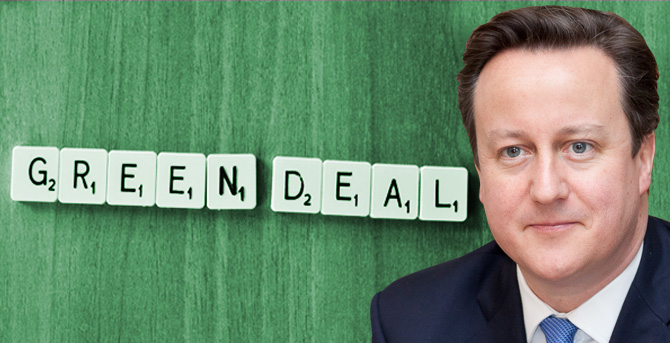 Following a recent spate of government cuts to renewable incentives and technologies, buildingspecifier hear from an industry expert to understand the impact this has been having on the UK renewables sector as a whole.

It appears that the latter half of 2015 has already seen the death of many earnest eco-friendly practices – first it began with the scrapping of the green deal shortly after an election victory, with no apparent replacement scheme to follow. The Green Deal was far from perfect – but following the subsequent assaults on environmental, ecological and energy matters that followed, such as the U-turn on Zero Carbon Homes building standards, the ending of subsidies for onshore wind farms and a failed attempt to begin fracking in Lancashire despite widespread public opposition, people are beginning to question the seriousness of this government’s commitment to the environment that we all have to live in and the validity of a speech once made by David Cameron where he expressed that he wanted to be “the greenest government ever.”

Most recently, the Department for Energy and Climate Change revealed their intentions to cut subsidies for solar energy by almost 90% from January in a consultation paper that was published earlier this month. This follows George Osborne underlining his determination to get the government’s nuclear energy programme moving by providing a £2bn government guarantee for the delayed Hinkley Point power plant project. So how is this affecting the section of the UK construction industry who specialise in green technology and renewable energy?

Silvio Spiess, founder and CEO of Innasol, the UK’s leading biomass business, comments on the recent green cuts and the uncertainty surrounding the industry.

“Heating constitutes 78% of the average consumer’s energy consumption. It is therefore a no-brainer that heating should be the government’s principal focus over the next few years.”

“The consistent degression of biomass technologies under the government’s Renewable Heat Incentive scheme clearly demonstrates that there is significant appetite in the UK for renewable heating. The tariff for domestic biomass has dropped by 47% over the last nine months, the tariff for small commercial biomass (up to 200kW) has dropped by 53% over the last 15 months – entirely due to consumer popularity. UK home and business owners are calling for affordable, clean energy.”

“The current uncertainty which surrounds renewable heating and other green technologies is only damaging the industry: consumers are less willing to invest in renewable heating technologies and green businesses themselves are less prepared to invest in their staff and infrastructure. By cutting green subsidies, the government is jeopardising the UK’s progression towards cleaner, greener, more affordable energy.”

“Innasol calls on the government to recognise this demand, and to commit to investing in renewable heating past Q1 2016. By reallocating budget to further invest in subsidies (like the Renewable Heat Incentive) to promote renewable heating, the government will propel the UK towards carbon emissions reductions and closer to the EU 2020 targets. Now is the time to act.”

Housebuilding soars to highest levels in almost a decade

Commercial & retail construction at its strongest for more than four y...
Scroll to top