All News
You are here: Home1 / All News2 / Building News3 / Celebs call to make renewables cheaper than fossil fuels 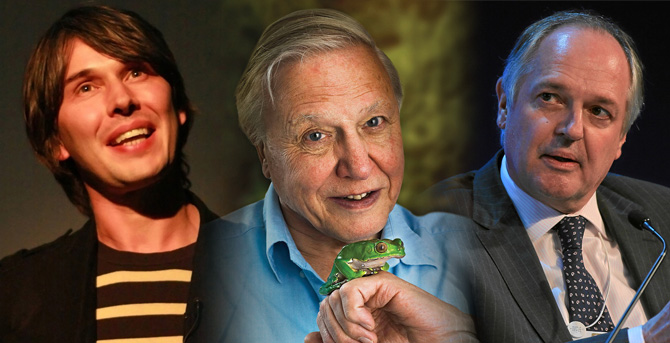 Climate change is arguably the biggest threat to stability and prosperity around the world. Experts agree that by 2035 the concentration of carbon dioxide in the atmosphere will exceed the critical level consistent with a temperature rise of less than 2˚C.

Did you know that the sun delivers 5000 times more power to the surface of Earth than we could ever need? With the cost of renewables slowly but surely falling, something must be done to improve developmental knowledge of renewable energy, which currently recieves less than 2% of the world’s publicly funded research, development and demonstration.

The Global Apollo Program’s website says that their “aim is to accelerate the decarbonisation of the world economy through more rapid technical progress, achieved through an internationally-coordinated program of research and development over a 10-year period.”

An open letter has now been signed by several high profile scientists, businessmen and public figures urging world leaders and citizens of the Earth alike to back the principles of the Global Apollo Program ahead of the UN climate change conference talks which will take place in Paris at the end of 2015.

The letter reads as follows:

We the undersigned believe that global warming can be addressed without adding significant economic costs or burdening taxpayers with more debt.

A sensible approach to tackling climate change will not only pay for itself but provide economic benefits to the nations of the world.

The aspiration of the Global Apollo Program is to make renewable energy cheaper than coal within 10 years. We urge the leading nations of the world to commit to this positive, practical initiative by the Paris climate conference in December.

The plan requires leading governments to invest a total of $15 billion a year in research, development and demonstration of clean energy.

That compares to the $100 billion currently invested in defence R&D globally each year.

Public investment now will save governments huge sums in the future.

What is more, a coordinated R&D plan can help bring energy bills down for billions of consumers.

Just as with the Apollo space missions of the 1960s, great scientific minds must now be assembled to find a solution to one of the biggest challenges we face.

Watch the video below to find out more about the Global Apollo Program – a 10 year project that aims to coordinate international research and development and discover breakthrough clean technologies to tackle climate change.

A strategic partnership based on trust