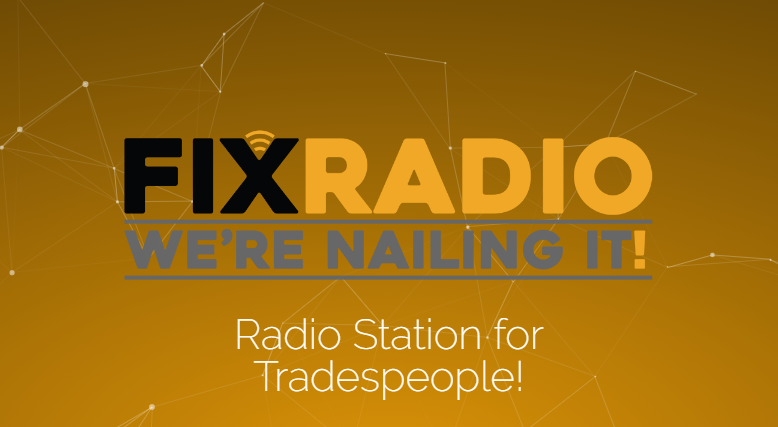 Fix Radio, the new DAB station aimed at tradespeople, will be giving out 20,000 bacon butties to builders after it launches on Wednesday 26th April. (That’s over a tonne of bacon!)

Fix Radio will be launched by a mystery celebrity connected to the building trade who will press the button to play the first song.

The breakfast show will be presented by Trev and Ben – Trevor Smith and Ben Harmer – who join from community radio in Croydon. Their show will feature a daily wind-up call from former Capital Radio star Steve Penk.

There will also be a daily sport and music show at lunchtimes hosted by TV and radio sports presenter Ian Payne from ITV and LBC.

Fix Radio is already working with some high-profile trade brands and launches with several months’ worth of advance advertising and sponsorship.

In addition to its DAB broadcasting, Fix Radio will be targeting larger building sites by playing in their canteens giving a guaranteed listenership of 4,000 tradespeople from the start. More canteens will be added.

Louis Timpany, chief executive, says: “The launch of Fix Radio is the culmination of 18 months of fund-raising, research and development. We’re very excited to see it all come together at last.”

Fix Radio will provide music and cheeky banter aimed at bricklayers, plumbers, electricians, plasterers, roofers, painters and decorators whether they work on site or in people’s homes.

Louis, 24, came up with the idea after working on a building site to earn extra cash after university. He teamed up with radio consultant Paul Chantler to develop the concept, attract investors and build the station. A number of prominent radio executives have invested in the station.

Imaging for Fix Radio has been produced by Wise Buddah Jingles. London and building trade news will be provided by Radio News Hub and The Met Office will supply specially targeted and detailed weather forecasts which are vital for tradespeople working outdoors.

Artificial Intelligence: What it means for the built environment
0 replies