All News
You are here: Home1 / All News2 / Building News3 / Construction figures on the increase across February 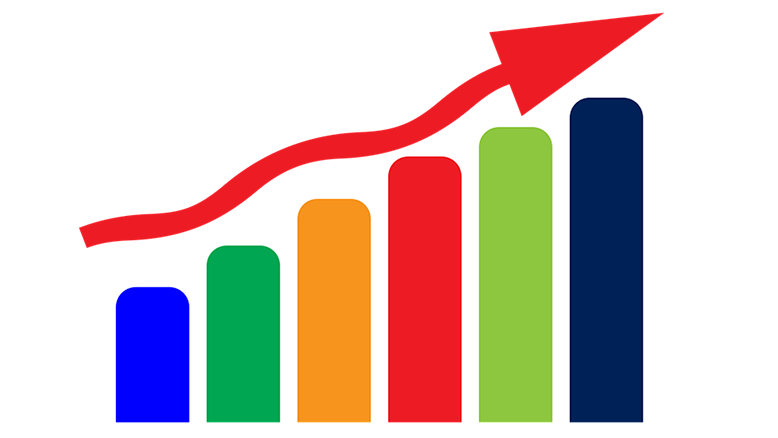 Spearheaded by strong performances from the housing and hotel, leisure & sport sectors, overall contract value for the construction industry in February reached £6.4 billion based on a three month rolling average, a 15.4 per cent increase on the same month last year.

According to the latest edition of the Economic & Construction Market Review from industry analysts Barbour ABI, contracts for housing projects reached £2.7 billion in February, the same figure as January 2017, which are the best performing months for residential building since the economic downturn. Coinciding with the strong housing figures, the hotel, leisure & sport sector construction contracts reached £736 million (see figure 1.1) on the month, a substantial 105.3 per cent increase compared to February 2016. 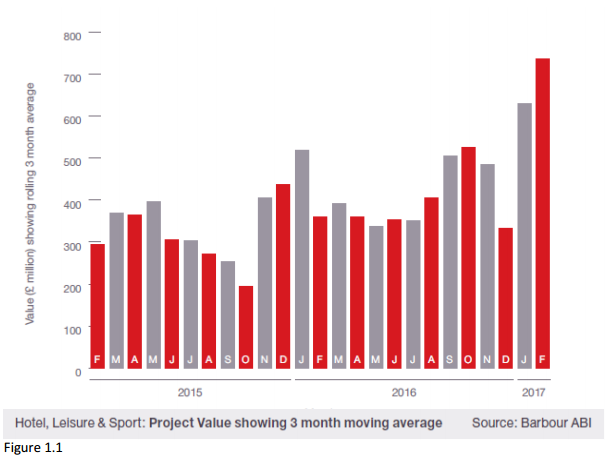 Looking across the other sectors within construction; Infrastructure accounted for £1.48 billion worth of construction contracts on the month, a 20.8 per cent increase on January. Commercial & retail projects also increased month on month by 17.5 per cent – the highest since September 2016, although values in the sector remain lower than previously when viewed over the longer term.

However it was the industrial sector that accounted for the most disappointing figures in February, with a 35 per cent year-on-year decrease and its lowest monthly total since October 2014.

Whilst the value of construction contracts remained very strong on the month, the number of projects saw a decline of 19.6 per cent compared with January. Larger, more valuable projects were commissioned in February, including projects such as a £400 million Port of Dover job and the Trafford Park Metrolink extension, valued at £350 million.

Commenting on the figures, Michael Dall, Lead Economist at Barbour ABI, said “After recent slumps in the infrastructure and commercial & retail sectors, it was encouraging to see both bounce back and produce encouraging figures in February, alleviating some of the pressure away from housebuilding.”

“With the hotel, leisure & sport sector recording its highest construction contract value in years, it will give the sector a well needed confidence boost, thanks greatly to a £400 million holiday resort, another major project given the go-ahead in February, a trend that made last month a positive one for construction.”