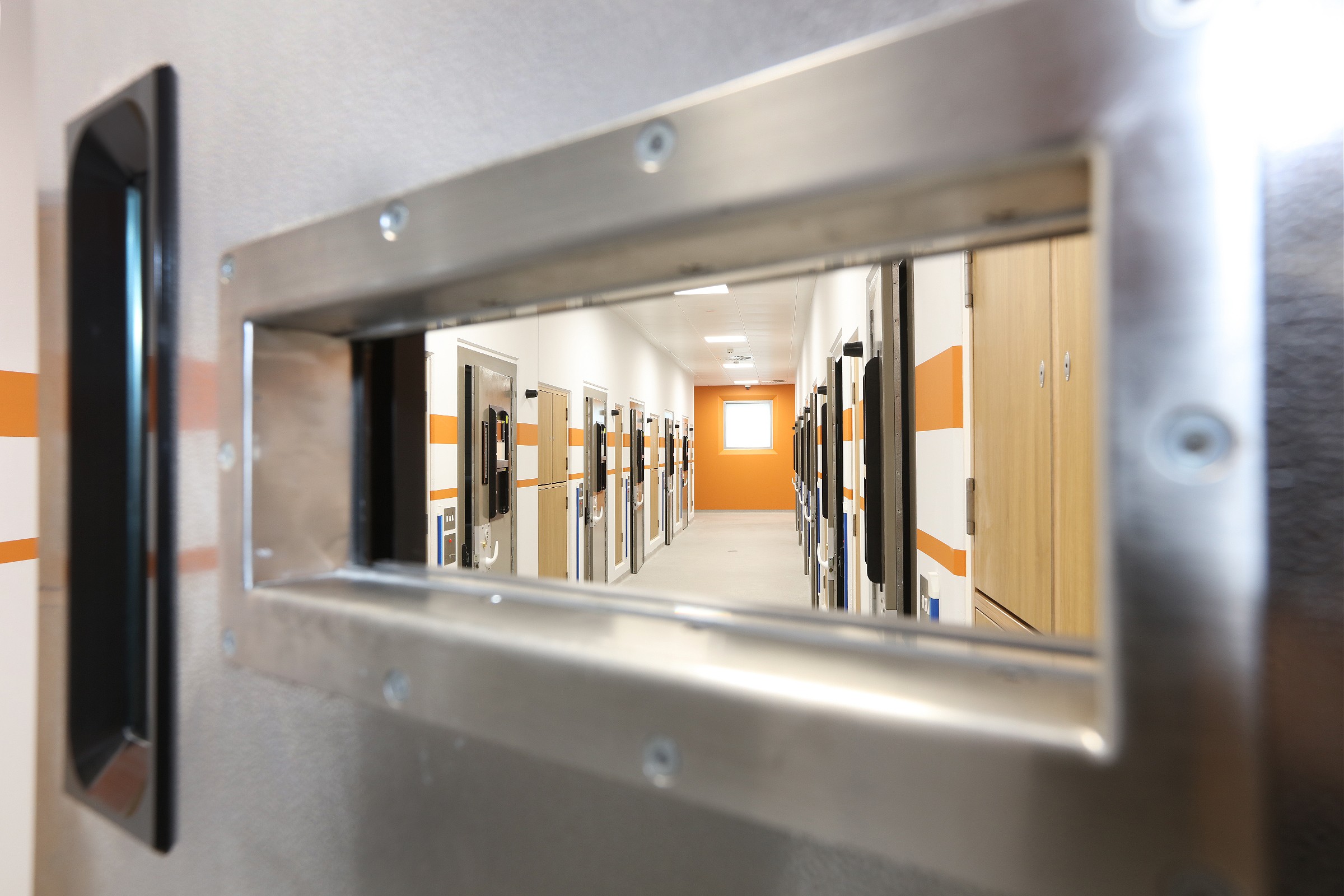 Willmott Dixon is launching a range of pre-designed custodial facilities that give police forces more options as they look to roll out a new generation of larger custody suites to replace outdated facilities.

Police forces are investing millions in moving to larger custody suites to create better working environments for staff and detainees and provide more efficient use of property that will save millions in running costs each year. This includes Willmott Dixon recently delivering 50+ cell custody suites for police forces in South Yorkshire, South Wales, Newcastle and West Midlands.
In the case of South Yorkshire, the police force expects its new purpose-built 50 cell centre in Sheffield to replace inefficient custody suites in Rotherham and Sheffield and save £1.2 million a year in running costs. Likewise, West Midlands Police expects its new 60 cell Central Custody Suite in Perry Bar to save the force £1.3 million per year.

To support the move to a new generation of modern, energy efficient custody suites, Willmott Dixon has developed a standardised offering called CODE with a range of pre-designed custody suites to suit different police force budgets and requirements. CODE models have been designed in partnership with NORR Architects, our supply chain partners, the Home Office and over 20 different police forces to tackle issues such as minimising the risk of detainee injury, increasing security of evidence and providing a better working environment that is more efficient and sustainable.

CODE has three models; Alpha providing up to 28 cells, Bravo up to 36 cells and Charlie for forces that require more than 36 cells; police forces can also completely customise their suite to ensure it meets their individual needs. All CODE projects are delivered with a fixed cost, timescale, quality and minimum risk; they also provide significant social value and community engagement commitments, a defining factor of Willmott Dixon projects.

It follows the success of the Sunesis standardised school concept developed with Scape Group that has seen over 25 primary schools built in three years across the country providing over 9,000 new places for a fixed cost and time scale.

CODE custody suites can also be procured through the Scape National Major Works framework, an OJEU-compliant procurement route that allows customers to engage directly with Willmott Dixon and reduce the time and resources spent on a lengthy tender process.

Anthony Dillon, managing director at Willmott Dixon Construction: “CODE has been developed with expert partners NORR architects, the UKs most experienced custody design practice and also in conjunction with the Home Office to produce standardised designs we are truly proud of. There are many pressures facing our police forces today and we are delighted to be able to play our part in supporting them by providing the most advanced modern facilities that are also economically efficient.”

The next generation of commercial windows

Building the case for construction ahead of General Election
0 replies

“Get the Tempest look”