All News
You are here: Home / All News / Building News / What a ‘no-deal’ Brexit means for builders 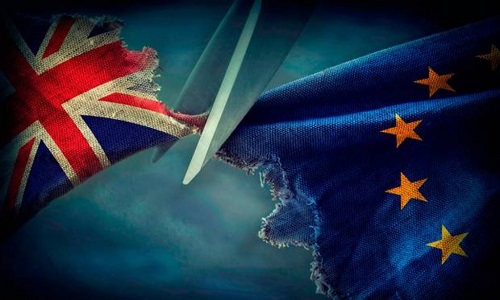 A ‘no deal’ Brexit could result in soaring material prices and lower workloads and enquiries, according to the latest research from the Federation of Master Builders (FMB).

When asked about the impact of a ‘no deal’ Brexit: Key results from the research include:

When asked how best the new PM could prevent an economic downturn later this year, the top five interventions cited by construction SMEs were the following:

Brian Berry, Chief Executive of the FMB, said “As the Conservative leadership contest rumbles on, construction SMEs are worried about the potential impact of a ‘no deal’ Brexit, which would have immediate and potentially disastrous consequences for the construction industry. Material prices are the biggest cause for concern – widely-used building materials such as timber are largely imported and any disruption to that would lead to soaring prices and delays to construction projects. More broadly, a significant proportion of construction SMEs think that a ‘no deal’ Brexit would result in lower workloads and enquiries as confidence in the economy might wobble as people abandon plans for new projects until the UK is on a steadier footing.”

“However, the next PM has it in his gift to guard against any potential economic downturn by stimulating activity in construction and house building as soon as he gets the keys to No.10. Construction SMEs believe that the best way to do this would be to slash VAT on housing, renovation and repair work from 20 per cent to 5 per cent, which would help tempt homeowners to finally commission the home improvement projects they’ve been putting off due to Brexit-related uncertainty. This would give a much-needed boost to the construction sector and the wider economy. The next PM should also make more money available to SME house builders through government funding schemes and stimulate apprenticeship training through fundamental reforms to the Apprenticeship Levy. Once elected, the new PM has a responsibility to steady the economy. There’s no better way to do that than investing in construction and house building, which would boost economy.”

Value Engineering – What is it all about?
0 replies