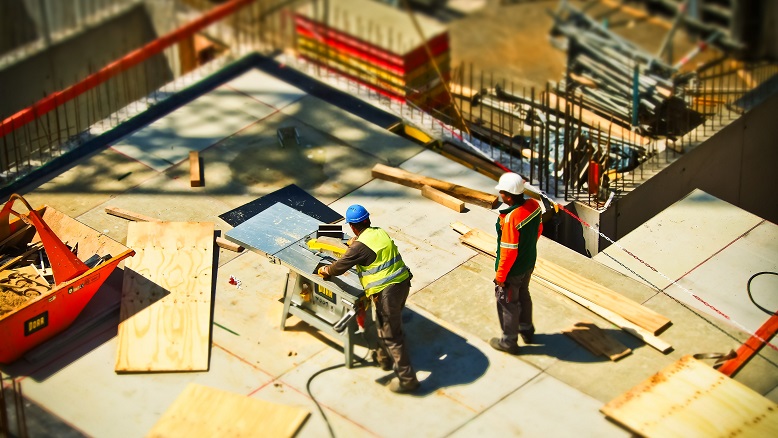 However, while activity remains steady, comments left by respondents continue to highlight Brexit-related uncertainties as weighing on investment decisions and the lack of sufficiently skilled workers also remains an obstacle for many businesses.

Having eased throughout 2016, the intensification of labour shortages is biting once more in the quarter with 62% of contributors citing this as an impediment to growth. This contrasts with an average of 40% when data collection first began in 2012. Within this, respondents to our survey are still seeing a lack of quantity surveyors (64%) as well as other professionals (52%). 44% are also seeing a shortage of workers within specific trades.

Despite government efforts to bolster the workforce and the prominence of apprentices, through an apprenticeship levy introduced earlier this spring, only 42% of respondents feel that government-funded programmes are moderately effective, with one-third unsure. The quality of the talent pipeline is insufficient as well – less than half (45%) of employers who currently hire apprentices view them as a long-term solution to their hiring needs.

Breaking the rise in workloads and activity down to a sector level, growth is strongest in the private housing sector, while remaining broadly stable elsewhere. Meanwhile, the public non-housing sector continues to underperform all others. In infrastructure, 21% more contributors reported a rise rather than a fall in workloads. Nationally, respondents expect the rail and energy sub-sectors to post the most significant increases in construction output over the coming 12 months.

Despite uncertainties, a net balance of 45% of respondents expect headline activity to continue to rise rather than fall over the year ahead. Nevertheless, this is down from the four quarters immediately preceding the EU referendum, which averaged 62%, reflecting a somewhat less optimistic outlook. Meanwhile, 30% more contributors expect employment to rise rather than fall (broadly unchanged from Q2).

Other impediments on construction growth

While a shortage of workers is hampering activity and profit margins, financial constraints are still reported to pose the most significant challenge, although the share of contributors expressing this view has come down to 69% (from 79% in Q2). Access to bank finance and credit remains by far the most frequently cited issue, followed by cash flow and liquidity. This likely reflects a more cautious stance by banks given cyclical market conditions and Brexit considerations.

Higher input costs and a shortage of labour continue to restrict growth in profit margins, with a net balance of only +12% of respondents expecting a rise in margins over the coming year. This is likely to have impacted tender pricing as well, with 62% and 56% more respondents in the building and civil engineering areas, respectively, envisaging greater price pressures.

Jeffrey Matsu, RICS Senior Economist said “While activity in the sector has moderated, growth and growth expectations remain in positive territory. Uncertainties due to Brexit continue to weigh on companies’ investment and hiring decisions, and banks appear to be adopting a more cautious stance to providing finance. Meanwhile, challenges related to an inadequate supply of skilled labour are as pronounced as ever.”

A blow to the UK’s construction industry?
0 replies