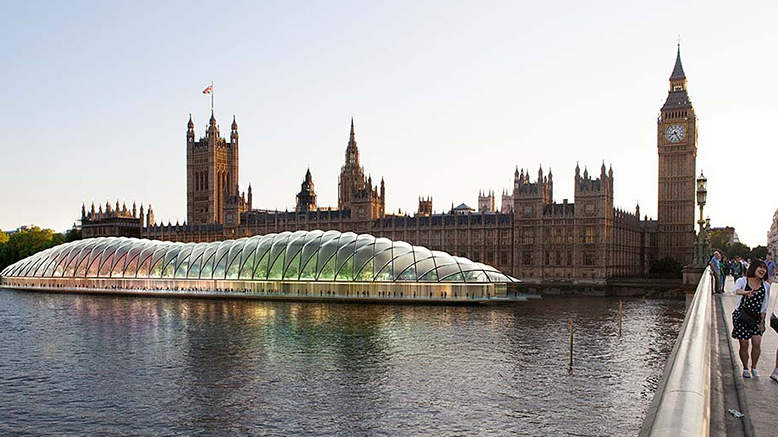 A new temporary Houses of Parliament located on the River Thames provides a solution for the long overdue refurbishment of the historic Palace of Westminster.

International architecture, design and planning firm Gensler has unveiled a radical concept that could reduce the cost and minimise the disruption of the comprehensive refurbishment of the Palace of Westminster.

The proposed modular structure located on the River Thames could provide a flexible and secure home that helps save the British taxpayer more than £1.8 billion, based on the House Committee’s own estimates, and allows the urgent repair works to proceed.

Gensler’s design accommodates all the principle components of the current Houses of Parliament within a new structure located alongside the existing Member’s terrace. The design maintains the relationship between both Chambers and their supporting Committee Rooms. The scheme includes a dedicated new entrance from the south side of the Palace of Westminster, adjacent to Victoria Tower Gardens, with an option to enable direct access to the existing Central Lobby if required.

An essential element of the refurbishment proposals for the House of Parliament requires total decantation of the building for an estimated six years. The challenge has been to find a suitable location within Whitehall that can accommodate Parliament in an efficient and cost effective manner. This concept offers a unique opportunity to co-locate the House of Commons and the House of Lords together with all their supporting committee rooms in a purpose built structure at the centre of the Whitehall estate.

By using the River Thames, Gensler’s design creates a completely new temporary Parliament under one roof in the same world famous location in the heart of Westminster avoiding the dispersion of core parliamentary activity to multiple locations. The concept overcomes some of the initial concerns about a river location by ensuring the structure does not interrupt the navigable channel along the centre of the river. It also incorporates a number of security measures that supplement the natural defence provided by the river itself.

The design takes inspiration from the magnificent hammer-beam roof of Westminster Hall, which was commissioned by Richard II in 1393 and is the largest medieval timber roof in Northern Europe. The 250-metre-long structure would be built on a series of steel platforms and the building above would be a dramatic, high-tech, wooden-framed structure covering 8,600 square metres, which would provide all the necessary environmental and acoustic containment. The new modular structure could be built in less than three years in shipyards across the UK and floated along the Thames to be secured and assembled on the river some 10 metres from the Palace of Westminster.

Ian Mulcahey, Managing Director at Gensler, said “The concept provides a simple solution to what is a very complex problem. The challenge has been to find a location that enables all the key components of Parliament to be located together in close proximity to the wider Government estate in Whitehall. The objective has been to minimise disruption and reduce the cost of the refurbishment to the taxpayer. The Palace of Westminster is one of the most important symbols of democracy in the world. This scheme provides a powerful expression of continuity and reinforces the UK’s world-leading creative expertise.”

Duncan Swinhoe, Regional Managing Principal at Gensler, said “This not only provides a fitting short-term solution to the relocation issue it also provides some exciting long-term opportunities. Once the refurbishment of the Palace is complete, the modular structure could be relocated and adapted to provide a permanent legacy such as a Museum for Democracy or alternatively a new parliament for an emerging overseas democracy.” 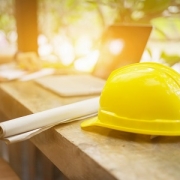