All News
You are here: Home1 / All News2 / Building News3 / Over 70% of small construction firms on a knife edge due to late payme... 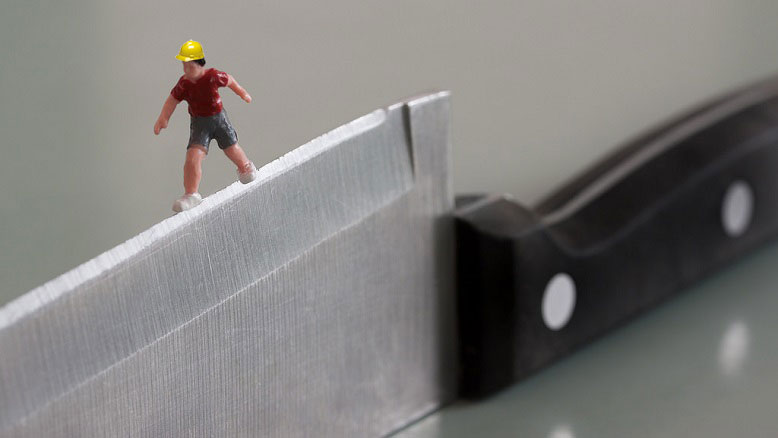 New research reveals the extent to which smaller construction firms are on the brink of bankruptcy or liquidation with rising numbers of construction business owners suffering depression, anxiety, stress and ‘extreme anger.’

Worst excuses for late payments include: ‘the money for your invoice was eaten by our bank overdraft, ‘the dog ate your invoice’ and ‘your cheque blew out of the window’ while most common excuses include:

Latest research reveals that the number of small construction firms struggling financially has risen dramatically since last year as too has the number of company owners suffering from mental health issues as a result of poor cashflow.

The findings come amidst fears over the knock-on effect to the supply chain following the Carillion collapse earlier this year.

74% of the construction companies polled – 30% more than last year – have been on the brink of bankruptcy or liquidation, or could be soon due to late payments. 48% – also nearly a quarter more than last year – blame poor cashflow for their panic attacks, anxiety and depression, with some even having suicidal feelings and almost a quarter (22%) experiencing emotions of ‘severe anger’.

62% of owners said late payment issues had also meant that they had not paid themselves for some time, 35% had stopped or delayed bonuses, 15% had had to pay staff late and 17% had reduced their own salary.

If customers continue to pay late, 30% of construction company owners said it will soon affect the progress and growth of their business, while 30% said it had already impacted staff morale, recruitment and retention, 38% had struggled to pay business rates and a quarter had struggled to pay mortgage or rental payments on their office.

The research commissioned by The Prompt Payment Directory (PPD), a payment rating website for businesses, comes despite the Government’s Prompt Payment Code (PPC) and last April’s enforcement of the Government’s new ‘Duty to Report’ scheme that requires large companies to report on payment practices twice a year. It also follows official figures confirming that the number of British businesses going bankrupt reached a four-year high for 2017, with one in every 213 companies falling into liquidation – the highest since 2013.

The survey polled 400 owners, MDs and CEOs of small construction businesses who suffer from poor cashflow due to late or outstanding invoice payments. Ahead of Mental Health Awareness Week (14-20 May), the research examined the personal, financial and business impact of late payments on owners and found the issue had worsened since PPD’s first study was launched last spring.

Key findings for 2018 compared to last year include:

33% of SME construction company owners had been forced to sell assets such as property, shares and pension plans to make ends meet whilst nearly 10% had put plans on hold to grow their family and 11% can no longer afford to pay for school trips, clubs or tuition fees for their children.

19% had cut back on their social activity like going to the cinema, eating out or drinks with friends, 16% had cancelled their family holiday and 8% had sold or downgraded their car.

Out of the increased number of construction owners now suffering from health related issues due to late payments, 45% suffer from stress, 39% struggle with insomnia, 16% experience depression and 14% experience anxiety and panic attacks, whilst the remaining stated issues such as having suicidal feelings, self-harm, eating problems and paranoia.

Late payments have also had a strong knock-on effect on staff, PPD’s research has revealed.

Half of the construction owners polled had either paid their staff late, stopped or delayed bonuses, while nearly 5% said they had had to stop or reduce staff perks such as company phones, cars or health insurance.

Hugh Gage, Managing Director of The Prompt Payment Directory said “Recent high profile cases such as Carillion have made many more people aware of the cost of late or non-payment and how it can affect smaller construction firms, but in reality this has been going on for years.

“Our latest research reveals that the impact of late payments has got even worse since last year and is having even deeper repercussions on smaller companies nationwide, it’s affecting and even destroying people’s business, health and lives.

“Construction business owners need to arm themselves against some of the most common late payment issues and fight back against these poor practices as it’s always best to try and avoid them from the outset by using due diligence through credit reference agencies, or services such as The Prompt Payment Directory which rates businesses’ payment behaviour by those that it affects – their suppliers.”

1) “We can’t afford to pay the bill”
Firstly, stop supplying and don’t make the problem any worse. Agree a payment plan to reduce the debt. If the organisation is keen for you to continue to supply because they need what you have to keep trading, establish their plans for getting out of the situation and check if they’re really viable. If you do choose to support them, protect yourself with robust terms which includes payment with order – an instruction to the buyer’s bank to make a payment or series of payments to you on an agreed regular date.

2) Accounts not in/is away
While this can sometimes be a legitimate excuse, you need to convince the business you can’t or shouldn’t have to wait until the next time they’re in the office to get paid. Support calls with an email. If you can’t get through, escalate the problem to the buyer, business owner or the relevant department, outlining what you need to happen and how to follow up in the most appropriately way. You should also remind the customer of any provisions around late payment – such as charging of interest and how their intervention will keep any additional costs in check.

3) Your cheque is in the post
Technology may have moved on but unfortunately even in this electronic age many businesses still insist on paying by cheque and this is one of the popular ‘fob offs’. Ask for the date it was sent, class of postage and the cheque number. If they can’t give you a cheque number ask why not? If it has been more than a week and it has still not arrived, ask them to cancel the cheque and send replacement by BACS/Faster payment and assure them the cheque will be returned or destroyed if it does arrive. You do have every right to refuse cheques, so look at your customer demographic and decide if this is a risk you’re willing to take if they refuse to comply.

SFS listens to rainscreen customers and responds with 3 day lead times on coloured...
Scroll to top