All News
You are here: Home / All News / Building News / Number of suspended projects on the rise 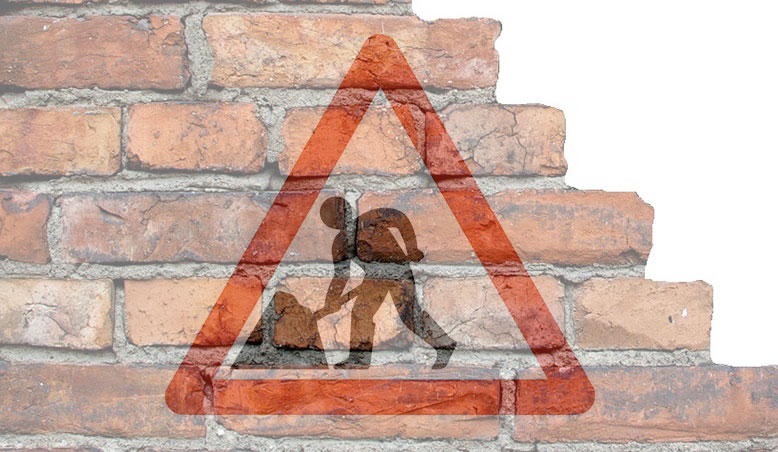 The number of projects being put on hold by clients is on the rise. At present, it appears to be smaller value schemes that are currently being suspended, with the value of underlying projects being placed on hold down on a year ago.

Glenigan has identified a 28% increase in number of projects being placed on hold during the third quarter of this year against the same period last year. In contrast the value of projects being suspended (excluding schemes of £100m or more) was 10% lower.

Whilst the number of projects being placed on hold remained subdued in July in the immediate aftermath of the Brexit vote, it has risen during August and September.

Looking across the sectors, the rise in the number of private residential, office and hotel & leisure projects being placed on hold suggests that clients may be reviewing the viability of some planned schemes post-referendum. 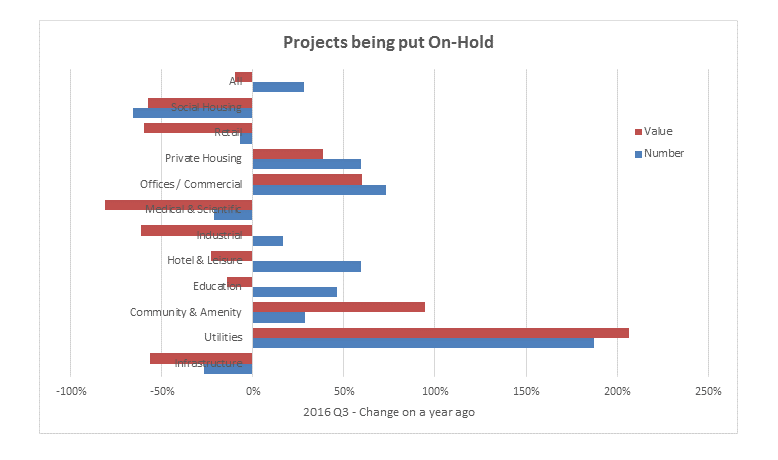 However, the Brexit vote is not the only factor at work. The utilities sector has seen by far the sharpest rise in the number and value of projects being placed on hold. Indeed that sector has seen a sharp rise in suspended projects since the start of 2016 and, the number of projects put on hold in the third quarter was 92% up on a year ago. The sharp rise in suspended projects appears to be in response to the Government’s cuts in the feed in tariff rates for renewable projects; almost half of the projects are renewable energy schemes whilst a third are waste treatment projects often involving energy recovery.

Elsewhere there has been an encouraging decline in the number of projects being placed on hold, with fewer retail and social housing projects being suspended during the third quarter. Overall the latest on-hold project data highlights that volatile market conditions facing the industry and the need for firms to be able to identify and respond to new opportunities as they emerge.

Gender pay gap at 16.3% for construction sector
Scroll to top