The result of last week’s referendum on whether we remain or leave the EU came as a massive shock to everybody – the construction industry being no exception. We have been plunged into the unknown and understandably concern and fear has arisen. However, it isn’t all doom and gloom for the construction industry, and regardless of your opinion on the result it is everybody’s responsibility to roll up their sleeves and help make this work.

Following 52% of UK voters deciding to leave the European Union, organisers of the UK’s largest construction event have called for a united front in the industry to face the challenges and opportunities ahead.

Nathan Garnett, Event Director for UK Construction Week, commented: “A new dawn for UK construction begins here. It is inevitable that our industry will experience a period of uncertainty and adjustment, but the construction sector has proved time and time again to be incredibly resilient. Now the result of the referendum is clear, we, as an industry, must move forward together with confidence. Leaving the EU will likely mean UK construction firms will be looking to invest in British products and services like never before.

“The UK boasts many long-term infrastructure projects and the Bank of England have made sound contingency plans for leaving the EU. The UK also has the foundations for a boom in house building, and the industry must and will be committed to meeting the national need for housing. Leaving the EU will inevitably attract new investors to our shores offering new opportunities, and that will happen sooner rather than later. The last few weeks and months have been uncertain for the UK construction industry, but now is the time to embrace the change and these new opportunities.”

“The reports of my death are greatly exaggerated.”

As social media reverberates rumours that the bottom has fallen out of the industry and the wider economy overall, many are actually quietly reporting that both the overall uncertainty and the subsequent result of the referendum have actually had little to no impact on their business activity.

In a year-end trading statement released this morning by Redrow housebuilders, Chairman Steve Morgan has indicated that annual profits were expected to be at the upper level of city expectations of £240m. “Although it is too early to tell whether Brexit will have any effect on future sales, initial feedback is that sites remain busy, reservations continue to be taken.

David Orr, Chief Executive at the National Housing Federation has highlighted the importance of a strong stance as an industry. Speaking on behalf of the Federation, he said “We recognise the uncertainty that this result will bring to the sector and we are working with our housing association members to support them to continue delivering the homes and services this country needs. Whatever happens there is still a housing crisis and we remain committed to ending it.”

David Brown, the head of agency Marsh & Parsons, addressed the widespread moral panic gripping the housing sector in the Guardian. He pointed out that regardless of the result of the referendum there was still plenty of pent-up demand in the UK housing market “and a leave vote doesn’t change that overnight.”

He added: “When you think back to before the financial crisis and the volume of transactions we were witnessing on an annual basis, there’s clearly scope for further improvement. The decision to leave doesn’t alter the fact that plenty of people have to and still want to move.”

One reason perhaps that indicates that Brexit will not impact the construction industry quite as heavily as other sectors is that many construction companies work exclusively within the UK. A recent CBI study into the implications of British withdrawal from the EU, showed that construction is the second most domestically focused major UK sector, surpassed by a hairs breadth by Government. “It’s a domestic market, so while there are some that operate internationally, what really affects them is what they do in the UK,” says Suzannah Nichol, chief executive of Build UK.

Whilst the skills gap is likely to worsen in the short term, Brexit is perhaps the catalyst for change long term regarding the training and retention of a better homegrown workforce. According to the Federation of Master Builders (FMB) The UK construction industry has been heavily reliant on migrant workers from Europe for decades now – at present, 12% of the British construction workers are of non-UK origin.

Brian Berry, Chief Executive of the FMB, said “we need to ensure that we invest in our own home-grown talent through apprenticeship training. We need to train more construction apprentices so we are not overly reliant on migrant workers from Europe or further afield. That’s why it’s so important that the Government gets the funding framework right for apprenticeships – when you consider that this whole policy area is currently in flux, and then you add Brexit into the mix, it’s no exaggeration to say that a few wrong moves by the Government could result in the skills crisis becoming a skills catastrophe. The next few years will bring unprecedented challenges to the construction and house building sector, and it’s only through close collaboration between the Government and industry that we’ll be able to overcome them.”

In summary, the biggest immediate threat to the construction industry following news of our departure from the EU is widespread confusion, stalling due to a feeling of insecurity and failure to act going forward. Demand remains strong as shown by reports from some of the major contractors and housebuilder’s across the UK. The construction sector remains strong but we need to keep moving and resist succumbing to hype in order to ensure it stays this way. It has to be business as usual. Keep calm and carry on!

That sinking feeling when… sinkholes and construction 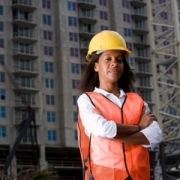 WernerCo invests over $1.8m at its Maldon UK facility

Alcohol and drugs in UK construction industry placed under spotlight by Considerate...
Scroll to top