All News
You are here: Home1 / All News2 / Building News3 / Chancellor confirms cladding used on Grenfell Tower is actually banned... 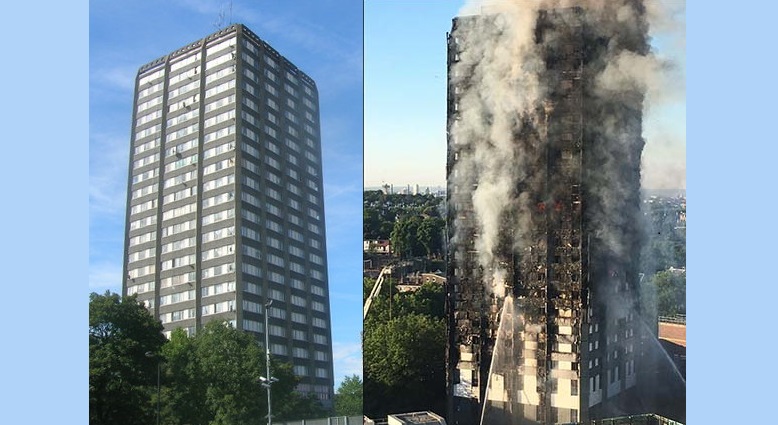 In an interview with the BBC Chancellor Philip Hammond has confirmed that the non-fire-resistant cladding attributed to the quick spreading of fire at Grenfell Tower is in fact banned in many countries, including the UK.

In an interview with Andrew Marr, the Chancellor said “My understanding is the cladding in question, this flammable cladding which is banned in Europe and the US, is also banned here. So there are two separate questions. One, are our regulations correct; do they permit the right kind of materials and ban the wrong kind of materials? The second question is; were they correctly complied with?

The Association for Specialist Fire Protection (ASFP) said “The incident highlights a number of concerns regarding fire safety in the built environment and demonstrates how vigilant we must all be when designing, supplying and installing fire protection in buildings.

“Compartmentation and structural fire protection play a vital role in protecting escape routes and slowing the spread of fire and smoke. But there can be tragic consequences which may ensue if such systems are not adequately specified, installed and maintained; or are bypassed by rapid fire spread outside the building as may have happened at Grenfell House.”

The Fire Sector Federation (FSF) added “Although a fire on such a scale is unprecedented in the UK, there have been a number of similar incidents both here and around the world. The FSF has long expressed major concerns about the apparent disjoint in the processes which aim to ensure fire safety within the built environment, as well as concerns about the combustibility of certain modern building materials.

“While we must wait for a full investigation into the cause of the fire and the reasons for such rapid fire spread in this tragic incident, the Fire Sector Federation will be continuing to campaign for improvements in fire safety legislation and in ensuring the safety of the public and our built environment.

“This tragedy will be felt throughout the fire sector, where all our efforts are focussed on ensuring the safety of our communities and of ensuring that our buildings are adequately protected.”

Be amazed with a Stiltz Home Lift: Making the difference to your latest building...

Boost for Modular Buildings and Education
Scroll to top