All News
You are here: Home1 / All News2 / Article3 / What do you know about Japanese knotweed? 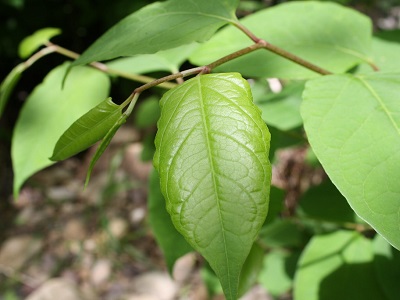 It has halted developments across the country, caused untold damage to existing housing stock and rendered some properties completely unsellable. How much do you know about Japanese knotweed? As the sun coaxes this nuisance from the ground, Joe Bradbury of buildingspecifier.com investigates:

Japanese knotweed is a non-native outdoor plant which grows at an alarming rate of up to 10cm per day. It proliferates in any type of soil and spreads incredibly easily, often leaving extensive damage in its wake.

By aggressively spreading its roots underground (up to 10 feet deep and 23 feet horizontally), it creates a serious threat to foundations of buildings and waste water management solutions.

If left untouched for a long period of time, the species can become very expensive to remove. It is estimated that total annual costs of Japanese knotweed damage, control and removal to the British economy £166 million. Defra’s Review of Non-native Species Policy states that a national eradication programme would be prohibitively expensive at £1.56 billion.

Needless to say, it is listed by the World Conservation Union as one of the world’s worst invasive species and also classed as “controlled waste” in Britain under part 2 of the Environmental Protection Act 1990. This means that all traces of knotweed need to be disposed of at licensed landfill sites only.

Could you identify Japanese knotweed if you found it on your property? Because a study undertaken by online garden shop GardeningExpress.co.uk found that only 44% of customers were actually able to identify the invasive plant, and 56% identified the weed as a plant they would actually welcome in their gardens.
Here are some of the easiest ways of identifying knotweed by sight:

What to do if you find Japanese knotweed

If you think that you have Japanese knotweed on your land you need to do something about it as soon as possible, to prevent further risk to your property and those close by.

The first thing you need to do is to alert a professional. DO NOT attempt to remove it from the ground yourself; this will merely serve to disperse its stem fragments and cause it to spread even further.

There are three main methods of getting rid of the weed. These can be split into three areas:

It is possible (but not always feasible) to dig out Japanese knotweed, but due to the depth of the roots, regrowth often reoccurs regardless. This method also creates problems with disposal, due to the waste needing to be disposed of at a licensed landfill site only. Alternatively, it can be destroyed on site by burning the waste, but only after it has competently dried out.

A plant sucker (psyllid) is being released in the UK as a biological control for Japanese knotweed. It is currently only being released at a handful of trial sites and is not available to gardeners. However, if successful it will be released more widely and will become widespread in Britain over the next five to ten years by natural spread.

Perhaps the most effective treatment method is to use special weed killers to keep the plant at bay. Often it takes a lot longer this way (up to three seasons),but can produce great results in the long run. Injecting glyphosate herbicide into the stems of the plant can kill the plant completely with no impact on the surrounding vegetation, landscape or wildlife.

Japanese knotweed is a major issue for British builders. It is in everybody’s interest to be vigilant towards this invasive plant and prioritise the control and removal of it from our properties altogether – particularly those with surrounding parkland and riverbanks from where the infestations usually originate and spread from in the first place.

﻿ Ecobuild to provide food for thought with provocative next generation conference

Careers under the spotlight at UK Construction Week