All News
You are here: Home1 / All News2 / Building News3 / Skanska school a wizard idea 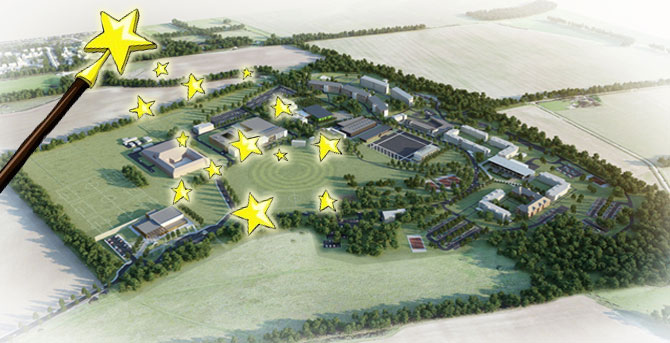 In the wake of the 15 year anniversary of the Harry Potter franchise, it appears another school could potentially become world renowned for excelling within its own niche field of expertise; only this building won’t be overseen by the ministry of magic – but the ministry of Defence.

Work has now officially begun on the multimillion pound project to provide a world-class training facility, named ‘The Defence College of Logistics, Policing and Administration’ (DCLPA) near Winchester, Hampshire. The DCLPA will cost an impressive sum of £250 million and will contain state-of-the-art facilities and living accommodation, to allow the MOD to train personnel more efficiently and effectively so that they can provide the best possible support for military operations.

Demolition work has now started in order to prepare the site at Worthy Down for the impressive new-build. The Defence Infrastructure Organisation are pairing up with industry partner Skanska to deliver the facility and living accommodation for up to 2,000 students and staff.

Skanska, who employ 57,000 people worldwide, are understandably excited about the contract. Managing Director, Terry Elphick said “We are delighted to have been selected to deliver this prestigious project and look forward to continuing our involvement with the Defence Infrastructure Organisation, which spans over 15 years. At Skanska we believe in delivering high quality, environmentally- efficient buildings and Worthy Down will be an exceptional example of how working in partnership can deliver world-class facilities.”

The construction process is taking place in phases, so as to ensure that training can continue relatively undisturbed on the site throughout the build period. The finished project is set to house a series of ‘villages,’ each one to be designated to junior ranks, officers and senior non-commissioned officers. There will also be sports and recreation facilities, bars and various other supporting amenities for trainees to enjoy, throughout their time at the college.

This new build will assist the DIO in their aim to provide a better estate for our armed forces. It is to be accepted that just like Hogwarts, DCLPA will not be short of a broom or two, although at the new college in Worthy Down they will more likely be used for sweeping out the officers’ mess than Quidditch practice!

Are there really fewer injuries in construction?

Home or Away? Homebuyers increasingly look overseas
Scroll to top