All News
You are here: Home1 / All News2 / Building News3 / Home or Away? Homebuyers increasingly look overseas 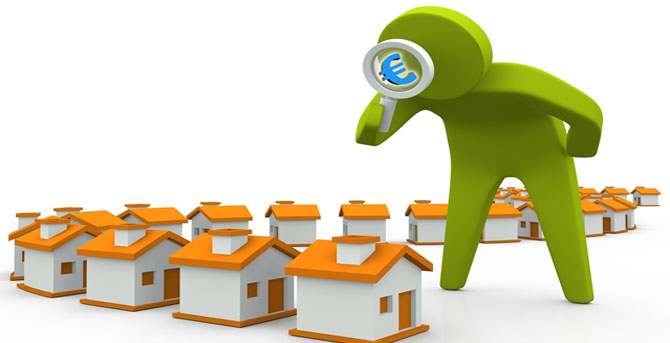 The mortgage market review in the UK has displayed how it is getting increasingly harder to obtain a mortgage in Britain. It seems that many investors are now turning their gaze a little further afield in order to get a little more bang for their buck.

Research undertaken by GoCompare.com indicates that more than 20% of those attempting to get on the UK housing ladder would consider leaving Britain in order to own a home of their own. Whilst this doesn’t mean that those thinking of an overseas mortgage will actually pursue one, it is a clear indication that there appears to be a shifting attitude within the UK regarding the possibility of owning property abroad.

So is this due to Great Britain becoming a growing generation of nomads, or is there something else going on?

In comparison, Santander mortgages conducted a similar survey of their own. Their compiled data suggested that 1.1 million would consider leaving the UK in pursuit of a place to call home. A further 10% said they would happily move jobs or relocate elsewhere in Great Britain to help them purchase their first house. Sadly, the research also revealed that 7.5 million (49%) of non-homeowners don’t ever expect to own a home. This shows the severity of the issues the UK is currently experiencing with house prices and mortgage availability. Needless to say, with such an attitude becoming increasingly prevalent in the country, it can only be expected that people are looking for new, lucrative directions in which to channel their hard-earned cash.

In the past, the majority of people who chose to buy a home overseas did so using savings they had accumulated over the years, or with equity released from their UK residence. However, with UK house prices currently in disarray and the cost of holidays abroad steadily soaring, many are beginning to consider a home abroad as a permanent solution to both problems. This has led to foreign lenders becoming more inclined to work with prospective UK buyers, and gradually more and more people are borrowing to finance homes abroad.

Another contributing factor that could potentially be attracting many Brits to consider such a big move is the appealing interest rates around the Eurozone. Foreign lenders are often more inclined to work closely with investors, paying attention to their individual needs. For example, if your intention is to buy a property in a popular holiday location and rent it out, the income you make from renting can be offset against the loan for tax purposes. Also, some countries have extremely high wealth charges but these tend to only be payable on equity. Borrowing rather than buying outright could prove to be more financially beneficial, meaning that investors can avoid this pricey tax.

Although Europe seems to get a lot of attention from prospective emigrants, the research also suggests that people are open to the possibility of looking much, much further afield – outside of the EU. To be specific, 31% showed interest in America, 29% in Australia and 20% in New Zealand. A property in any one of these countries need not be solely a personal home, but could provide a tidy income through letting and would likely appreciate in the long term.

Whatever the reasoning and regardless of how many choose to leave Britain in order to improve their opportunities, both investigations suggest a sea change in the UK property market. It seems homebuyers are increasingly feeling like they are left with two choices, do they ride the tide or risk being left out to dry as the currents shift within the sector.