All News
You are here: Home1 / All News2 / Building News3 / Are there really fewer injuries in construction? 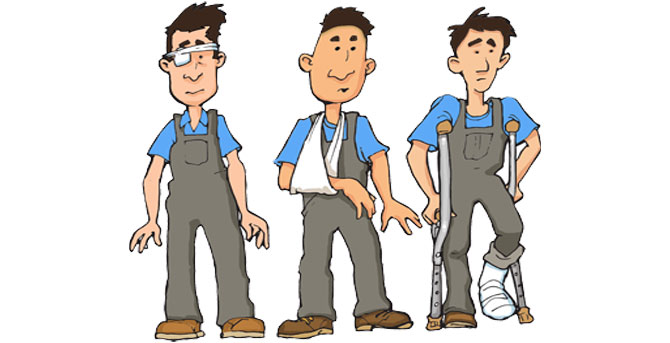 Are there really fewer injuries in construction?

The construction industry has received some great news recently, with latest statistics showing record growth in certain areas of the sector, coupled with surveys reporting high levels of job satisfaction. However, construction is still considered to be one of Britain’s most dangerous areas to work in. Buildingspecifier take a closer look at the latest data release from the Health and Safety Executive (HSE.)

HSE’s latest injury and ill-health statistics suggest a slight decrease in the number of injuries this year compared to their last report. This includes minor injuries, fatalities and any injuries requiring longer than seven days off for recovery.

According to the data, the rate of injury per 100,000 is currently at 412.4, down from 422.0 last year. However, the total number of injuries amongst construction workers increased from 5,176 last year to 5,221 this year. This indicates that it is only the rate per 100,000 that has dropped, rather than the total sum of injuries.  This is possibly due to an increase in workforce within the industry over the past year. This increase in bodies could be responsible for skewing the figures slightly, making them perhaps appear more positive than they actually are.

On the results of the report, HSE head of construction sector Philip White said “another decrease in the rate of injuries in construction is clearly welcome, but I would urge the industry to avoid feeling that it is job done.”

One of the key causes of injury/illness within the sector is asbestos, with the average tradesperson coming in contact with asbestos approximately 100 times a year. As the result of a previous survey conducted last month, HSE have launched a campaign to raise awareness of asbestos risks within the construction industry. The Health and Safety Executive ascertained that 20 tradespeople die every week from diseases directly linked to asbestos exposure in the UK.

In the survey, HSE found that more than two thirds of those who participated in the survey failed to identify measures for working safely with asbestos; alarmingly only 55% of construction workers claimed that they were even aware of how to protect themselves from the risks of working with asbestos. The survey also revealed that only 15 per cent of tradespeople knew that asbestos could be found in buildings built up to the year 2000.

Although the latest statistics seem to promote the idea that there are less injuries within our industry, on further inspection it also shows that there is still a high level of risk. One of the key initiatives for industry professionals next year should be to increase the standards of health and safety on sites across the UK and actively raise awareness of occupational dangers across the board.

Low odour with no compromises