All News
You are here: Home1 / All News2 / Building News3 / Should we vote on the £4bn Houses of Parliament refurbishment? 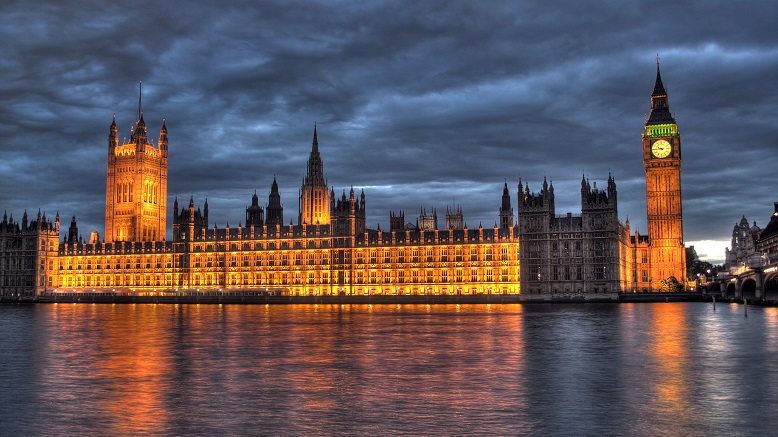 Whitehall is currently abuzz with panicked chatter, deep anguish and parliamentarian discomfort. With general consensus now being that the palace of Westminster is in dire need of a retrofit, the taxpayer will ultimately be footing the bill. Seeing as we voters currently have the choice of who goes in and out of Parliament, shouldn’t we also have a say on its refurbishment? Building Specifier editor Joe Bradbury discusses.

Completed in the 1860s, the Palace of Westminster is an iconic building that currently houses the British Parliament. It is a world famous and instantly recognisable structure and stands as a celebrated international symbol of our parliamentary democracy. Just as UK Parliament is constantly in a state of flux, so too has the building; adapting accordingly to suit its primary and functional purpose. Taking massive damage during the WWII blitz, the Houses of Parliament were repaired as a matter of utmost national priority post-1945. The project was seen as a real opportunity to create some much-needed new facilities that would be consistent with the original design.

From the 1960s onwards the requirement for individual Members of Parliament to have offices, coupled with the expansion of other parliamentary services led to the acquisition of additional buildings and the Palace became the core of a much larger Parliamentary Estate. In 1992 responsibility for maintaining the Palace ‘on behalf of the nation’ transferred from the Government to Parliament itself. How did this work out?

It appears that since 1992, every effort has been made to maintain what is ultimately an outdated and increasingly unsuitable infrastructure. Services such as heating, cooling, water, sewage, electricity and cabling have been kept semi-functioning, but have not been modernised. Astoundingly, there has been no real general renovation of the building and its services since the partial rebuild of 1945-50 – some of the services even predate the war. The original basements and vertical shafts that litter the building are now completely filled with pipes and cables, making further work difficult to carry out – which results in further expense.

Today, an influential committee is expected to recommend that MPs and peers should abandon the crumbling Houses of Parliament for six years so that drastic refit works can be carried out.

So now at the crux of the issue, how much does it cost to renovate a 150 year old Grade I listed building which is partly sinking, contains asbestos and has outdated cabling? The short answer is ‘a lot.’ The sheer amount of work and the sensitive nature of refurbishing a World Heritage Site results in a sky-high estimate of between £3.5bn and £5.7bn, with some suggesting the sum could rise to as much as £7.1bn.

Whatever you stance, the Houses of Parliament are of national, historical and cultural importance and refurbishment will happen. It should therefore be imperative that efforts are made to soften the bludgeoning blow to the taxpayer’s pocket, shouldn’t it?

“Should I stay or should I go?” The parliament predicament

Assuming renovation does take place, the big decision to make will be whether Parliamentarians stay put throughout restoration works or whether there will be a need for them to temporarily relocate. Estimates predict that if the palace was vacated for just 6 years, the cost of works would total around £3bn. If MPs decide they want to stay whilst work is undertaken, the figure is doubled and renovation is expected to take up to 32 years. Needless to say, vacation of the building for six years is the cheapest, quickest and viable solution. One option would be to set up temporarily over the road, by moving to either the Methodist Central Hall or the Queen Elizabeth II Conference Centre. Some have suggested MPs could relocate as far away as Birmingham – or perhaps even hold a touring parliament. This option is unsurprisingly unpopular with many parliamentarians.

There are some interesting and difficult challenges ahead, some difficult decisions to take, but I would say to the House that instinctively I think it is important that this building remains consistently at the heart of our democracy and that we don’t end up being forced to move somewhere else. – Leader of the Commons Chris Grayling

Others feel that something must be done quickly and efficiently.

Doing nothing or muddling on are not options. – Lichfield Conservative MP Michael Fabricant

Who makes the decision?

A select committee of both the House of Commons and House of Lords is expected to be formed to consider the findings of the Independent Options Appraisal and make recommendations to members of both houses. In the meantime a joint committee of Commons and Lords will be set up with the task of recommending a way forward. A decision on which option to adopt is expected to be taken by MPs next year, with work to begin after the next election in 2020. However, is it really their decision to make?

Affectionately nicknamed the “Mother of Parliaments,” the British parliament is respected as the most ancient parliament in today’s world. Apart from a few brief interruptions, it has carried out its business on the same spot, the Palace of Westminster, since the year 1265.

The longevity and overwhelming presence of this building is a physical testament to our very democracy. Parliament was originally formed by the people, for the people. Therefore, under the very democracy that the building stands for, shouldn’t we have ultimate say over how our tax money is spent and renovation is undertaken? Meanwhile parliament continues to crumble around our legislature.