All News
You are here: Home1 / All News2 / Article3 / Retrofitting empty homes can save lives 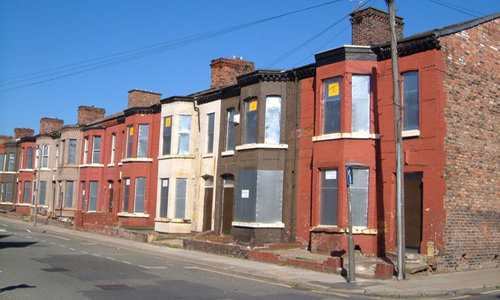 Due to the shortage of affordable homes, the government has stated that we need to build around 250,000 additional houses each year to meet increasing demand. However, with the latest data suggesting that there are over 200,000 homes which have been empty for over six months in Britain, do we really need such a bold and ambitious target? Or could we instead integrate the number of new homes needed into a plan that includes refurbishment of empty properties to make housing the population an achievable goal? Joe Bradbury of Building Specifier discusses:

A property becomes ‘long term’ empty when it’s been unoccupied for 6 months or more. In London alone, for example, there approximately 20,000 homes sitting idle for over six months in – that is almost £12.4 billion worth of empty property, in a city facing an extreme housing shortage.

‘Retrofitting’ refers to the refurbishment of domestic and non-domestic buildings to reduce energy use and associated greenhouse gas emissions. It refers to projects that make major changes across the entire building to significantly reduce energy usage that require design by specialists.

Work on empty homes can achieve positive outcomes with regards to:

The Empty Homes Agency in England has estimated that the cost of refurbishing an empty home is between £6,000 – £25,000. In comparison, the average cost of a new build home in the UK is in excess of £100,000. And of course when you are bringing an empty home back into use the infrastructure and local services will already be in place.

The good, the bad and the ugly

As afore mentioned there are roughly 20,000 homes that have been sitting idle in the capital for over six months – that is almost £12.4 billion worth of empty property. This is simply not acceptable in a city facing an extreme housing shortage. Thankfully, this figure does appear to be reducing year on year, so it’s clear that we are going in the right direction. Manchester has seen the number of empty homes plummet by more than 84%, from 10,059 long-term vacant dwellings in 2005 to 1,599 ten years later.

However, at the other end of the spectrum, Bradford, which has the worst problem outside London, has seen a rise of 7% in the past decade (total of 4,154 empty homes) with an estimated value of more than £400 million worth of property sitting empty.

West Yorkshire, which includes Bradford, Calderdale, Kirklees, Leeds and Wakefield, has the highest number (12,292) of long-term empty properties of all the English metropolitan districts – an estimated £1.4 billion worth of potential homes that could be occupied.

Collins Dictionary defines a housing shortage as “a deficiency or lack in the number of houses needed to accommodate the population of an area.” It’s easy to see then why we feel like there is a housing shortage; in 2014, there were 1.9m families on Council Housing waiting lists in England and Scotland alone. While there is clearly a need to build new homes, ignoring the potential in the empty or tired properties within our stock is a costly and damaging mistake. Building new homes occupies more land and is so expensive in terms of material costs.

So, when attempting to meet the target of delivering 250,000 new homes by 2020 as outlined by the government, a holistic solution is needed – one that also integrates the refurbishment and redistribution of empty properties into the market in order to shorten waiting lists, decrease pressure on local authorities and ultimately give the people of Britain a place they can call home.

UK homes are some of the most expensive to heat in Europe because of poor maintenance and insulation. The UK has the highest levels of fuel poverty of a dozen comparable EU nations, as well as one of the worst proportions of homes in a poor state of repair.

ONS figures show that over the winter of 2016-17 there were 31,800 excess winter deaths among the over 65s from cold-related illness such as heart attacks and strokes (compared to 20,800 the previous year). One third of all the excess winter deaths reported were caused by respiratory diseases. Whilst it’s true that not all winter deaths are due to fuel poverty, over 10m British families live in a home with a leaking roof, damp walls or rotting windows. The links between cardiovascular diseases and cold, damp homes cannot be ignored.

It is a national disgrace that thousands of people are dying unnecessarily every year – lives that could be saved if a little TLC was applied to their property.

Houses will inevitably become empty over time. The families within them may outgrow them or move on when the house is no longer suited to their needs. It is important that when this happens, the reason for the move is addressed. If it is because of inadequacies within the property itself, then these issues must be rectified immediately in order to minimise the time the property lies dormant – because an empty property is dead expense for housing associations and another nail in the coffin of achieving the housing target.

It may be an overly simplistic view, but I am of the opinion that a house should never be empty in a society where people do not have a place to call home. Homelessness has reached its highest peak and waiting lists for social housing are growing. We need to recognise the full potential that refurbishment and retrofit has to offer quickly if we are to tackle the housing crisis effectively. Let’s give it a greater focus.

Is ‘Ocean Cleanup’ a waste of Energy?

The cooler we need it, the hotter it gets
Scroll to top