All News
You are here: Home1 / All News2 / General News3 / The cooler we need it, the hotter it gets 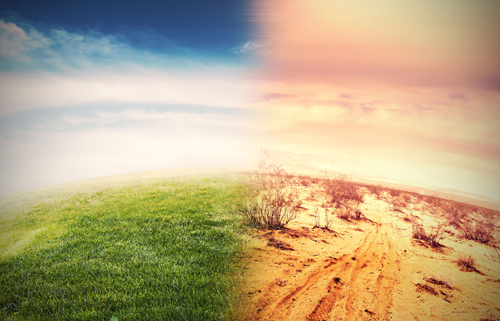 On a regular day, New York City demands around 10,000MW every second; during a heatwave, that figure can exceed 13,000MW. “Do the math, whatever that gap is, is the AC,” explains Michael Clendenin, a spokesman for Con Edison, the company that supplies more than 10 million people in the New York area with electricity. The combination of high demand and extreme temperature can cause parts of the system to overheat and fail, leading to blackouts. In 2006, equipment failure left 175,000 people in Queens without power for a week, during a heatwave that killed 40 people.

This year, by the evening of Sunday 21 July, with temperatures above 36C (97F) and demand at more than 12,000MW every second, Con Edison cut power to 50,000 customers in Brooklyn and Queens for 24 hours, afraid that parts of the nearby grid were close to collapse, which could have left hundreds of thousands of people without power for days. The state had to send in police to help residents, and Con Edison crews dispensed dry ice for people to cool their homes.

As the world gets hotter, scenes like these will become increasingly common. Buying an air conditioner is perhaps the most popular individual response to climate change, and air conditioners are almost uniquely power-hungry appliances: a small unit cooling a single room, on average, consumes more power than running four fridges, while a central unit cooling an average house uses more power than 15. “Last year in Beijing, during a heatwave, 50% of the power capacity was going to air conditioning,” says John Dulac, an analyst at the International Energy Agency (IEA). “These are ‘oh shit’ moments.”

There are just over 1bn single-room air conditioning units in the world right now – about one for every seven people on earth. Numerous reports have projected that by 2050 there are likely to be more than 4.5bn, making them as ubiquitous as the mobile phone is today. The US already uses as much electricity for air conditioning each year as the UK uses in total. The IEA projects that as the rest of the world reaches similar levels, air conditioning will use about 13% of all electricity worldwide, and produce 2bn tonnes of CO2 a year – about the same amount as India, the world’s third-largest emitter, produces today.

Source: The Guardian – read in full

This presents a very real challenge to the construction industry, a challenge that can no longer be viewed as something for the future, climate change is indicating that the challenge must be met now. However the past may hold clues to the way we approach future construction. Many of the ancient civilizations thrived in lands that experienced very high daily temperatures, without electricity they found ways to utilize the natural resources to keep the heat at bay. Looking at these methods and marrying them to our technological advances may be the first steps to keeping us cool, and stepping away from the spiral of cooler means hotter.

Marthan Henriques writing for ‘BBC Future’ has looked in depth at these and other alternative cooling methods from modern day roof gardens to evaporative cooling, practiced by Spanish farm labourers. It also examines ground source cooling and windcatchers. The full article can be read by following this link: Read Marthan’s article here

Retrofitting empty homes can save lives