All News
You are here: Home1 / All News2 / Building News3 / New report warns of Brexit impact on environment and air quality 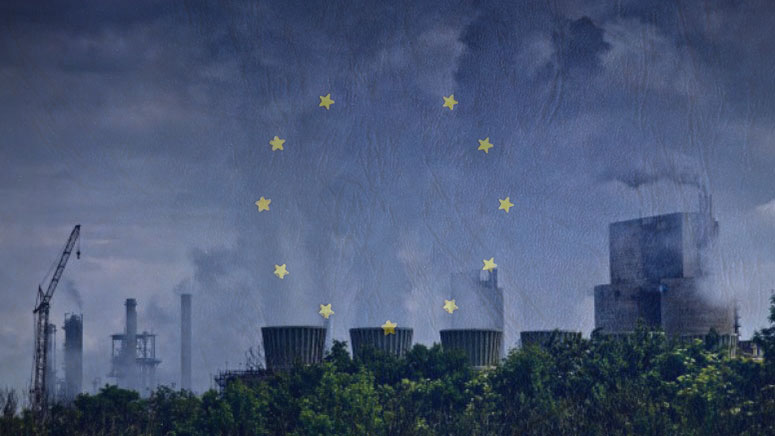 The Mayor of London, Sadiq Khan, has expressed his ‘deep concern’ about the impact of Britain leaving the European Union on the environment – and on air pollution in particular.

In an official report about the impact of Brexit on London, the Mayor calls on ministers to ‘guarantee’ that environmental regulations, monitoring and enforcement standards will be strengthened in the aftermath of Brexit, rather than weakened.

European Union regulations have overall had a hugely positive impact on Britain’s environment. They have led to British homes, vehicles and appliances becoming more energy-efficient, waterways becoming cleaner, a decline in harmful emissions and a reduction in the amount of waste produced in Britain.

Only last year, European Union regulations were used in a legal case by Client Earth, in which the Mayor was an interested party, to force the government to come forward with a new air quality strategy by the end of March – bringing quality back within legal limits.

However, the Secretary of State for the Environment, Food and Rural Affairs, Andrea Leadsom MP, recently told Parliament’s Environmental Audit Committee that only two-thirds of EU environmental regulations would be directly brought into British law.

Furthermore, there are serious challenges to recreating monitoring and enforcement schemes that are currently run by the EU – and have no equivalent in British law.

The Mayor, in London’s official response to the government’s Brexit White Paper, is calling on the government to introduce a new Environment Act, to guarantee that environmental regulations and enforcements are at least equivalent, if not better, than the current EU standards.

This would include enshrining key EU safeguarding principles in British law, including the ‘polluter pays’ concept, ‘environmental rights for citizens’ and the ‘precautionary principle’ – so lack of knowledge is not used as an excuse for poor decisions.

Sadiq is also asking for a guarantee that recently announced EU policy – which has yet to be enshrined in UK law – including the recent Winter Package on energy efficiency and renewable energy, will be transposed into British law as part of the Great Repeal Bill.

The Mayor has made tackling London’s dangerously polluted air a key plank of his administration in City Hall. He has announced plans for a new T-charge on the most polluting vehicles from October, is consulting on introducing the world’s first Ultra-Low Emission Zone in 2019 and on extending it to the North and South Circular, is introducing Clean Bus Zones on the most polluted roads and has announced his intention to clean up London’s entire bus fleet by 2020.

The Mayor of London, Sadiq Khan said “I campaigned for Britain to remain in the European Union, but I accept that the British public voted to leave and we now must respect their democratic will.

“However, the British people did not vote to make our air more polluted or our environment dirtier.

“Our relationship with the EU has been particularly important for London’s environment. Our homes, vehicles and appliances are more energy-efficient, our water is cleaner and better protected, harmful emissions are on a long term decline and we produce less waste. This has all been helped by environmental protections and targets driven by EU directives, regulations and standards.

“The Government should legislate for a new Environment Act to ensure that the UK has an equivalent or better level of protection than in the EU, enshrining key environmental safeguarding principles such as polluter pays, environmental rights for citizens and the precautionary principle. It should also ensure that the necessary powers and resources are devolved to the authorities best placed to tackle their environmental issues and targets.

“I have made it clear that air quality is a key priority for my administration and Londoners need complete assurance of no reduction in regulatory standards and protections in this or other environmental areas. They must be strengthened rather than weakened.”

Sam Lowe, Campaigner at Friends of the Earth, said “Brexit can’t be allowed to undermine environmental progress, which is why government must commit to bringing EU environmental laws and principles into UK law. That’s just a first step, they then need to create the domestic institutions so that these laws are enforceable. Continued cooperation and collaboration on the environment with our EU neighbours must also be a priority in the Brexit negotiations.

“The fact is that climate change and air pollution transcend national borders, so they demand coordinated action at a regional and international level – Brexit won’t change that.”

Leah Davis, acting director at Green Alliance and chair of the Greener UK coalition, said: “With 80 per cent of the UK’s environmental laws having been developed with the EU, leaving the EU will be a pivotal moment to restore and enhance the UK’s environment. Today, nature is struggling and the air in our cities is dangerous to breath.

“We will need to secure the benefits of existing environmental laws as we leave the EU, and we will need to go further still, with ambitious new milestones for environmental restoration and high standards for pollution and resource efficiency. While the Greener UK coalition is ready and willing to play its part, it is vital that governments and politicians lead, and we welcome the Mayor’s leadership on this.”

Industry express concern in response to ‘Preparing for Brexit’ report

Titon Sonairs bring the sound of silence to Kingstone Grange