All News
You are here: Home1 / All News2 / Product News3 / Events4 / Industry calls for real steps towards Northern powerhouse 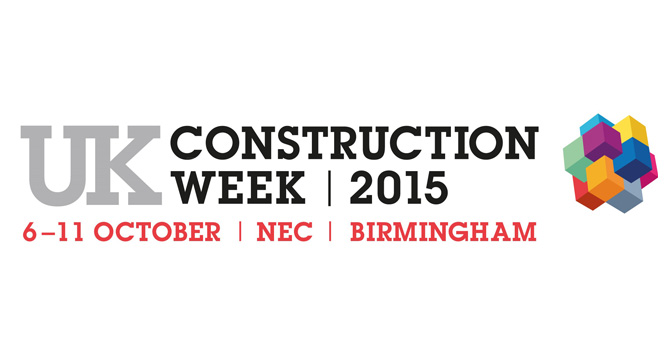 The extension of devolution deals to Liverpool, Leeds, Sheffield and the Midlands announced by Chancellor George Osborne have been given a mixed reception by industry figures, according to UK Construction Week.

Reacting to the plans to extend the ‘Northern Powerhouse’ concept, which includes the creation of a new Greater Manchester Land Commission, several industry commentators have welcomed the increased power over planning this will bring, while others have pointed to challenges in transport infrastructure that must be addressed.

Mark Clare, CEO of Barratt Developments and member of the UK Construction Week advisory panel, commented: “Although the details are still to be released, the appointment of a new land commission for Greater Manchester certainly seems to be a positive development that should provide a significant boost for construction companies in the area. It seems that the commission will be tasked with identifying publicly-owned and brownfield land that can be developed for housing – which is an important step towards tackling the estimated 10,000 new homes a year needed to support Greater Manchester’s growing economy and communities.”

Andi Hodgson, Marketing Director at UK Construction Week Exhibitor Hope Construction Materials, commented: “Operating and servicing a national customer base and network of operational sites, over 100 of which are located in central and northern England, the news of greater devolution to extend the ‘Northern Powerhouse’ is welcome. On the surface the move seems as though it should provide a significant boost to construction in those regions, however the greater activity – particularly that of moving bulk and heavy-side building materials like concrete, aggregate and cement – will put a strain on existing transport infrastructure if it’s not improved.”

Andrew Orriss, Head Of Business Development at UK Construction Week exhibitor SIG Insulation, whose national head office is based in Sheffield, commented: “It’s an exciting time for construction in the north of England and Sheffield in particular is booming, with planned developments across the region and the recent announcement of a £480 million plan to develop the city centre. The extra boost this investment will bring to the area cannot be understated but it needs to be supported by a similar level of investment in transport and infrastructure, to ensure maximum benefits are felt.”

This sentiment echoes warnings from some commentators that without a major overhaul of transport infrastructure the economic benefits in the north will be lessened. In particular, Tony Lloyd, Greater Manchester’s interim mayor, has called for transparency on planned rail improvements that are “key to the delivery of northern economic growth.”

For example, further clarity is required on the proposed electrification of the TransPennine Express railway line linking Manchester, Leeds and York, which was put on hold with no expected completion date back in June 2015. What’s more, the Chancellor’s proposed “Oyster style ticketing” across bus, tram, metro and rail services throughout the region has been met with derision from many quarters, with the Campaign for Better Transport (CBT) claiming that actual investment in the Northern Powerhouse rail infrastructure sits closer to £3 billion than the £13 billion claimed in the budget.

Amidst the calls for improvements to existing rail networks, the proposed HS3 line connecting Liverpool and Hull via Manchester and Leeds, remains a shadowy prospect – particularly given that the north east seems to have been excluded from the Chancellor’s devolution plans.

George Clarke, architect, TV-personality and UK Construction Week advisory panel member, himself originally from Sunderland, commented: “It’s disappointing that the north east is not yet being given the same opportunities for self determination as some other northern areas. There is huge potential for economic and construction growth if the main urban hubs in the north are properly connected. If we really are to create a true Northern Powerhouse this needs to be addressed as a priority and the crucial transport links from east to west need to be greatly improved.”

Veering away from the London-centric focus that has dominated the construction industry for many years, UK Construction Week – held at the Birmingham NEC in October – is placing a strong emphasis on driving construction growth throughout the UK. In the main seminar theatre, devolution is under the spotlight on the first day, with a dedicated session asking whether it is the key to stimulating public and private infrastructure developments. Transport will also be under scrutiny, as the keynote session in the Infrastructure Hub takes a look at the future of rail – asking whether, with HS2 well underway, the focus should now shift to HS3 and the powerhouse cities of the north.

Bringing together nine shows under one roof, UK Construction Week will be the biggest construction trade event the UK has seen in years. Taking place at the Birmingham NEC from 6 – 11 October (with the trade only days from 6 – 8 October) the event will unite 1,000 exhibitors with an expected audience of 55,000 visitors.

Bauder Strikes Gold once again with Investors in People