All News
You are here: Home1 / All News2 / Product News3 / Building Fabric4 / GRP or polycarbonate rooflights for industrial buildings? 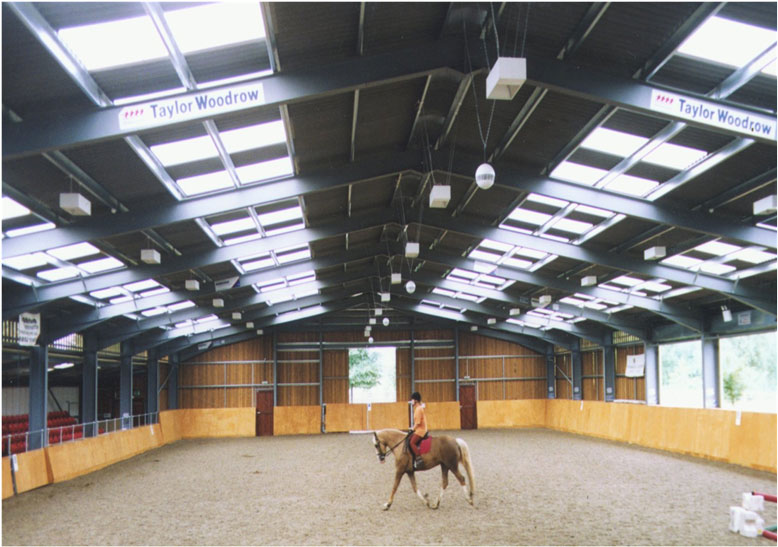 Will you see the light?

Since the late 1950’s GRP has been a feature of many commercial, industrial and agricultural buildings across the UK, bringing the free resource of natural daylight into the workplace.
GRP is a strong thermoset material with good impact resistance and consists of, among other components, polyester resin which is reinforced by a glass strand mat.

The success of Filon rooflights resulted in several UK based manufacturers continuously producing GRP. Eventually, this involved the use of alternative plastic materials such as PVC. As a brittle material, this was at times subject to damage due to storms, foot traffic on the roof and UV degradation.

This didn’t stop the efforts of thermoplastic manufacturers to try to compete with ‘Filons’ and other GRP rooflights though and polycarbonate in-plane rooflights were born and have since steadily encroached on the GRP rooflight market. There are many positive attributes to polycarbonate such as it providing high levels of light transmission, being very strong and having a good fire rating. There are however, many aspects that should be considered in rooflight material choice for profiled roof applications and we shall discuss them now.

A thermoplastic material such as polycarbonate has much greater thermal movement than GRP and over 5 times more than the surrounding steel sheets.

If no allowance has been made for this movement such as oversized fixing holes, it could create some problems particularly around the fasteners such as the sheet cracking and at the end laps with seals potentially failing. It is also possible for rooflights with an insulating box detail, such as those used in composite panel roofs, for the rooflight to expand but find resistance. The material will have no room to move as it will be constrained by the surrounding metal roof panels and so could belly out – bulge out of shape between the purlins.

Another significant consideration is the type of illumination required in the building. GRP has high levels of light transmission and is also a naturally diffusing product. It will provide an even distribution of natural daylight across the area to create a balanced illumination reducing bright spots, shadows and hot spots.

Thermoplastics like polycarbonate, when used as in-plane rooflights however, tend to be clear or colour tinted. They are much less diffusing and allow more light to pass directly through the rooflight. This can create localised bright spots with solar glare and also hotspots due to the nature of direct sunlight.

The first images show two very similarly constructed equestrian centres but one is fitted with polycarbonate rooflights and the other with Filon GRP rooflights. The images clearly show a very different lighting pattern: the polycarbonate rooflights allow light to pass directly through so that their position is clearly replicated on the floor – even the purlins are casting shadows on the ground; the GRP rooflights in comparison provide a very even light distribution, so much so that there are not even any shadows visible around the horse and rider – the perfect conditions for easily spooked horses.

The second pair of photographs show a supermarket distribution centre, firstly with polycarbonate rooflights and secondly after the rooflights have been replaced with Filon GRP. Again, in the first picture, the position of the rooflights is clearly visible by the bright spots on the floor. The picture with new GRP rooflights has eliminated all of the bright spots and reduced localised internal temperatures without compromising lux levels – much more suitable conditions for storing some supermarket goods and foodstuffs.

The example projects highlight the importance of selecting the appropriate rooflight material. For your next industrial, commercial or agricultural building, please give careful consideration about the type of light distribution required. If an even spread of diffused light, without shafts of light, hotspots or dark corners is preferred, then GRP is likely to be the most appropriate choice.

Could the altitude clause in BS5534 leave some contractors high and dry? Better to choose your underlay very carefully…

From deprivation to dream homes
0 replies