All News
You are here: Home1 / All News2 / General News3 / Did Sajid miss his big moment? 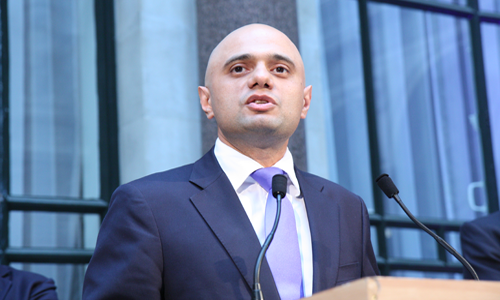 Political chaos threatened to make Sajid Javid’s first Spending Review a footnote rather than a headline event, however the construction industry still found plenty to complain about…

It should have been Sajid Javid’s big moment. He announced an end to austerity, with no government department facing cuts next year for the first time since 2002. In fact, departmental spending will rise by £13.8bn in 2020-21 – an increase of 4.1% above inflation.

A £3.6bn increase to the New Towns Fund and some extra support to Homes England are also on the cards. However, for the construction industry, it’s a case of too little too late.

RIBA Chief Executive Alan Vallance said: “While an increase in spending is welcome, there’s a long way to go to reverse the damage a decade of cuts has had on the built environment. The RIBA has consistently raised concerns about the loss of skills in local government, as well as the continued exclusion of SMEs from public sector work. Under-resourced local authority planning departments have slowed the development of new housing and prompted a crisis in building quality.

“With significant warnings about the impact of Brexit uncertainty on the economy, particularly in a no deal scenario, an agreement on the way forward is vital.”

According to the Federation of Master Builders (FMB), housebuilding and a new retrofit strategy must form part of the government’s ‘Infrastructure Revolution’, a policy announced in the Spending Round.

Brian Berry, Chief Executive of the FMB, said: “The housing crisis is undermining the British economy. If we are to increase productivity and improve our competitive edge on the world stage, then building more new homes must form part of the Government’s campaign to upgrade our infrastructure.

“I welcome the announcement for £241 million to be spent on the regeneration of high streets, town centres and local economies via the Towns Fund, and additional support for Homes England, however this must be part of an overarching strategy for new build homes and social housing, which will be key to securing a prosperous post-Brexit Britain.”

“Delivering homes to the places that need them is priority number one, and this cannot be done without government investment,” Sheridan said. “The Chancellor’s pledge to increase funding for Homes England is a welcome one, but to meet the government’s targets of building 300,000 homes a year, collaboration between the public and private sector is crucial.

“Further investment into the modern methods of construction will be vital to delivering high-quality homes at speed. The previous government demonstrated their support for offsite manufacturing and the opportunities it poses in diversifying the supply chain and creating new jobs, easing the strain that the skills shortages has engendered. Gaining the support of this government will be fundamental to ending the housing crisis, and whilst increasing funding for Homes England is a good start, there is much more to be done.”

There was also good news in the form of extra funds to beef up T levels. All the industry needs now is clarity on how the extra spending will translate into new homes, and stability to build them.

Berry concluded: “The skills shortage is highly concerning in this respect, with just under two-thirds of builders struggling to hire bricklayers and more than half of builders struggling to hire carpenters. The announcement for an additional £400 million to be pumped into Further Education is a welcome boost to giving colleges and employers the resources they need to train more apprentices, and make T Levels, which will become the vocational counterpart to A Levels, a success. Today’s Spending Round set the scene for a positive outlook for builders, but we need more details about how more new homes will be delivered.”

THE BAHAMAS: THE BATTLE TO REBUILD AFTER HURRICAN DORIAN

How Vulnerable is our utility infrastructure
Scroll to top