All News
You are here: Home1 / All News2 / General News3 / How Vulnerable is our utility infrastructure 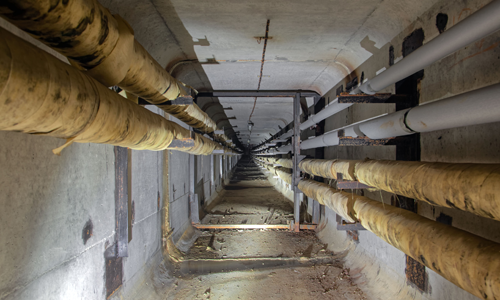 A record 62% of all UK excavation work is now preceded by a thorough search for underground assets, such as pipes and cables, according to a report by LSBUD (Linesearch BeforeUdig).

The report entitled ‘Digging up Britain 2019′, shows that there were 2,585,862 searches made through LSBUD’s online portal last year – a 14% increase on the previous year. As a result, almost a quarter of a million more potential asset strikes to the UK’s energy infrastructure were averted.

Part of this increase is because more utility owners are now members. Of the UK’s 1.5 million kilometres of underground utility infrastructure, about 800,000 kilometres is currently covered by LSBUD’s collaborative portal, a 23% increase on last year. This includes more than 60% of the UK’s electricity and gas networks, a 20% increase on the previous year. This is partly due to Wales & West Utilities registering its assets at the end of 2018. With SSE set to add their assets in 2019, over 60% of the UK’s electricity and gas distribution networks are now members.

Richard Broome, managing director of LSBUD, said: “We have record numbers of searches going through our system – one every 12 seconds. Some of this is down to having such good coverage from the DNOs and GDNs, and this is improving every year. There’s a definite ‘safety in the herd’ effect – the more asset owners registered with us, the more enquiries every utility member receives. That said, it’s a worry that nearly four in 10 projects are still taking place without proper searches being completed – leaving workers and the UK’s utility infrastructure at risk.”

The report bears this out. Since SGN joined LSBUD two years ago its enquiries have increased from 2,500 to more than 58,000 per month.

Despite the promising increases in searches, more than 1.5 million projects out of an estimated total of four million still took place in 2018 without a detailed search for underground assets being completed. This equates to 38%, or a dig every 21 seconds.

Broome added: “We can’t be complacent. We still need to educate everyone to complete a comprehensive search before they put a spade or digger in the ground – as the implications of a strike can be huge.”

If the searches through LSBUD’s portal are indicative of what’s happening nationally, the biggest threats to utility assets came from utility companies themselves. Telecoms contractors and operators completed 881,000 searches, making up 34% of all searches in 2018. Water related information requests came next, with 574,000 searches, accounting for 22% of the total.

Work by contractors on the nation’s roads also grew by 18%, with 360,000 requests submitted in 2018.  Housing grew its share of excavation work with a 21% surge in searches from firms involved in housebuilding. Solar farm project searches leapt by 64%, tree planting enquiries more than doubled, mining and quarry projects increased by 43% while searches relating to agricultural works increased by 86%.

LSBUD’s report also explores the costs of asset strikes, sharing data from a study by the University of Birmingham. Factoring in indirect costs such as worker ill-health or injuries caused by a strike plus traffic disruption, impact on the immediate neighbourhood, loss of custom to local businesses and so forth, the true cost of an asset strike is 29 times the direct cost; for every £1,000 of direct cost arising from a utility strike the true cost is £29,000.

LSBUD’s report highlights a strong correlation between the severity of a strike and the nature of work being carried out – incidents are twice as likely to occur on jobs that are medium or high risk than on planned work.

Broome concludes: “This is why we urge all asset owners to register with our service; with more emergency works than ever taking place, and more people searching than ever before, for every type of project, it’s crucial to make it easy for firms to rapidly check what’s under the ground.”

Did Sajid miss his big moment?

WHY SLASH VAT ON HOME IMPROVEMENTS
Scroll to top