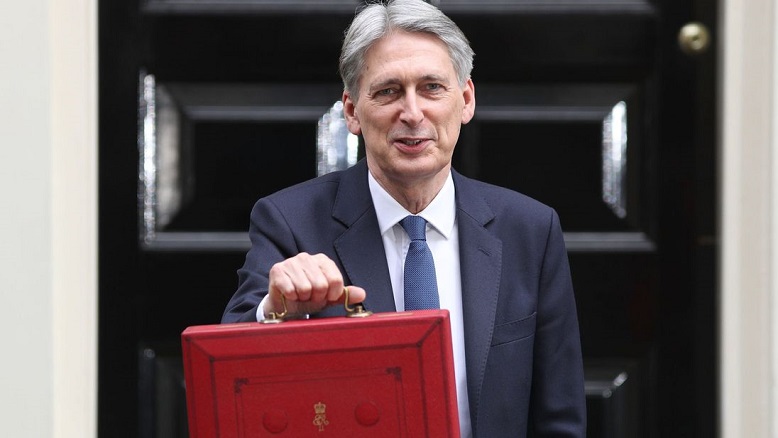 This week Chancellor Philip Hammond delivered his autumn budget to the chamber. Touching on key issues such as the housing crisis, skills shortages, Brexit, apprenticeships and planning reform, the latest budget included much for the construction sector to sit up and take note of.

The Chancellor has previously promised 300,000 new homes a year by mid-2020s. Will the range of measures signalled in the latest Budget be enough to achieve that ambitious target? Are enough steps being taken to address some of the key issues facing the construction industry? Buildingspecifier.com catches up with thought leaders from across the sector to see what they have to say in response:

Brendan Sharkey, head of construction and real estate at top 15 accountancy firm MHA MacIntyre Hudson, believes that the future of construction is modular . He said “One of the most impactful things Philip Hammond could do to support the industry is to target tax relief at small to mid-tier firms to encourage them to adapt productivity enhancing approaches like modular construction.”

“Modular construction is the future for large parts of the industry, as the government itself frequently tells us. This technique removes the weather from consideration, and brings factory-style efficiency and better quality control into the production process. Larger construction firms already use modular production, but it needs to percolate down the food chain. One way to ensure this happens would be for the Chancellor to put his money where the government’s mouth is, and to offer extra plant and machinery relief for small to mid-tier businesses who want to invest in modular development.”

Rob Oliver, Chief Executive of the Construction Equipment Association (CEA) commented: “The pre-announced commitment of some £30bn to roads repair and maintenance is extremely welcome. This is not only good news for motorists but will provide an additional boost to the plant hire sector. The hope is that the money will be invested in machines and methods which make those repairs effective long term – not just commissioning low cost, short-term, sticking plaster solutions.”

“The Chancellor specifically recognises that the investment in road, rail and infrastructure is set to power the economy forward. This is good news for the construction industry that is at the centre of this.”

“Interesting to see increased funding for the Transforming Cities programme – up to £2.4 billion. This will help facilitate some long needed local development projects.”

Kevin Roberts, Director, Legal & General Mortgage Club said “The first Stamp Duty exemption has already helped 121,000 first-time buyers. This extension to Shared Ownership properties of up to £500,000 is very welcome news for buyers up and down the country – even better to hear that it will be applied retrospectively for homeowners since the last Budget. The Government clearly recognises the benefits of Shared Ownership as a genuine option for individuals, couples and families who want to become homeowners. Hopefully, this exemption will now bring about even more awareness of the scheme and make it as widely recognised as other high profile tenures such as Help to Buy.”

In response to this week’s Autumn Budget, specialist insurer Ecclesiastical is urging the government to reconsider reducing VAT on repairs and approved alterations to listed buildings.

“We strongly support organisations such as the Heritage Alliance and the Listed Property Owners’ Club which have argued the VAT on repairs gives an unfair tax advantage to developers and penalises owners of historic buildings, many of whom are private individuals, who are facing higher repair and maintenance costs.”

“As the UK’s leading insurer of Grade I listed properties and with over 130 years’ experience we are passionate about protecting the country’s historic and iconic buildings and structures. Reducing VAT is vital to help organisations and owners of listed properties protect such an important part of the nation’s heritage.”

“We need to do more to support the custodians of Britain’s heritage properties, and while unfortunately this hasn’t been addressed in today’s Budget, we urge the government to reconsider reducing VAT to 5% on repairs and approved alterations to listed buildings.”

Duncan Green, managing partner leading property, construction and infrastructure consultancy Pick Everard said “I am pleased to hear that Mr Hammond has announced a £695m initiative to help small firms hire apprentices. I believe that apprenticeships for both males and females in construction are crucial to the future of the industry, especially because of the skills gap, and training needs to remain a top priority if we’re to see real change in the UK’s infrastructure.

“Essentially, skills and training are how we will see the high wage, high skill economy of the future.”

Paul Butterworth, Partner, Ashfords LLP Real Estate Team commented “The problems in housing do not merely mean that someone doesn’t have a roof over their head, but it is vital that other areas which affect those in need, such as mental health provision are also recognised as part of the problem. Therefore, the Chancellor’s specific mention of mental health provision being part of the NHS 10 year plan and the expansion of children’s social care have to be good news in providing funding for support services. There will always be arguments as to whether this is new money or simply filling a hole which has arisen following austerity. It is at least a recognition of the need for a joined up approach to the issues faced by those most in need.

“The £675m “Future High Streets Fund” mentions facilitation of redevelopment for under used commercial into residential property. This is likely to mean a change to allow for permitted development rights, rather like the policy of allowing conversion of offices to residential without the need for a specific planning consent.

“A further £500m for the Housing Infrastructure Fund again underlines the importance of housing and offsetting from developers the costs of infrastructure on major schemes to help unlock housing developments.

“The extension of SDLT exemption on shared ownership properties valued up to £500,000 purchasing a £300,000 share, sorts out an anomaly in the tax system whereby they were caught by an SDLT hit whereas buying 100% didn’t give rise to this. It’s interesting that this is applied retrospectively so is this going to be claimed via the individual tax code.

“All in all a reasonably positive housing budget, not necessarily adding anything new but follows the trend from previous budgets.”

Melanie Leech, Chief Executive, British Property Federation said “The Government should be careful in how it targets these measures that will be consulted upon in early 2019, as an additional surcharge on large-scale overseas investors could put investment in housing delivery at risk. We estimate that 22,000 build-to-rent homes, 15 per cent of the sector’s pipeline, are reliant on funding from overseas investors such as pension funds. Making it more expensive for these institutions to invest won’t help deliver these much-needed homes.

“A new tax relief for commercial property owners is a real surprise. This move brings the UK more closely in line with the many other countries that already provide tax relief for the cost of building commercial property, making the UK more attractive to invest in. It makes investing in new and refurbished buildings cheaper from a tax perspective, and is a welcome move.”

The CLA represents landowners, farmers and rural businesses across England and Wales who together, manage more than 10 million acres of rural land. The organisation has reacted to the Chancellor’s Budget.

On Sir Oliver Letwin’s review of build-out rates, CLA President Tim Breitmeyer said “We are pleased the Letwin Review does not remove the financial incentives for landowners to bring land forward for the building of much needed homes.

“However, we are concerned that planning authorities would be given the ability to unilaterally decide where large scale housing development should take place, backed up by the threat of compulsory purchase, irrespective of the wishes of the landowner. Compulsory purchase should only ever be a last resort. The primary focus should be on establishing effective partnerships with local landowners, not seeking to forcibly remove their property.”