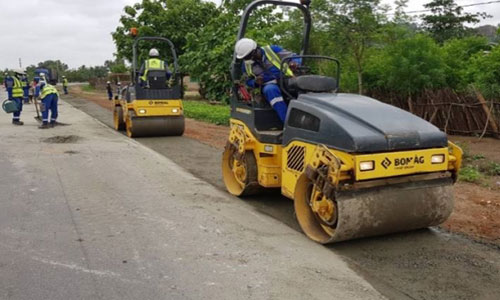 The government’s export credit agency, UK Export Finance, provides over £100 million in direct lending for project to redevelop a 114 mile road in Benin.

Exports Minister Graham Stuart MP has announced that UK Export Finance (UKEF), the government’s export credit agency, has provided over £100 million of financing to support the refurbishment of a 114 mile interstate road in Benin. This is a major deal for the UK construction industry in West Africa and is the first transaction supported by UKEF in the country.

UKEF will provide a £100 million loan to the Government of Benin in support of a UK contract for construction firm Sogea-Satom, to redevelop the major interstate road, securing business for the UK supply chain. The agreement follows six months on from the Africa Investment Summit that took place in January of this year where the UK committed to being the ‘partner of choice’ for African nations.

Total UK exports to Benin were worth £29 million in 2019 and this deal is set to significantly increase that figure during the two years of the road’s development.

This deal will bring significant benefits to UK construction exporters and suppliers at a time when we need to keep trade flowing. It shows that UK businesses, with the right support from government, can continue to export anywhere in the world.

That’s why UKEF’s support has been, and will continue to be, vital in helping UK exporters win deals, fulfil orders and get paid during the Coronavirus pandemic and beyond.

More trade will be essential if the UK is to overcome the unprecedented economic challenge posed by Coronavirus.

Construction company Sogea-Satom UK, part of one of the world’s largest construction group VINCI, will undertake the works on the road between Bohicon and Parakou to better connect Benin to neighbouring Niger.

The rehabilitated road provides essential infrastructure for businesses in Benin. It will improve access to landlocked African countries to the north, helping to transform the country’s trading potential and allow the free flow of commercial traffic in the region.

The refurbishment of the road has been named Project Spine because the new straight road that runs through the middle of Benin will be the backbone of the country’s economy.

In addition to this road project, Sogea Sotum UK is also responsible for managing other large-scale projects in Benin. These include civil works, construction of buildings, refurbishment and development of roads and construction of marine infrastructure. Sogea Sotum UK is strengthening its relationships with UK suppliers to contribute to its project pipeline in the region.

We are excited about this project which help us expand our overseas footprint and will have a profound impact on trade in West Africa. UKEF’s support was fundamental to the securing of this contact and shows the UK government belief in the importance of trade with dynamic, emerging economies.

The Benin Ministry of Finance said:

The government of Benin is proud to become the first country in the West African Economic and Monetary Union area to benefit from UKEF’s direct lending arrangement, which has enabled us to finance the rehabilitation of a critical infrastructure for the country at attractive conditions.’