All News
You are here: Home1 / All News2 / General News3 / The Grenfell buck passing 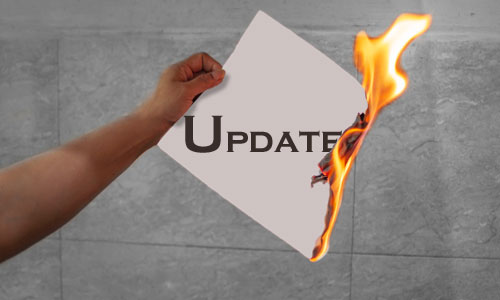 Latest on the Grenfell Inquiry from the FPA (Fire Protection Association)

The inquiry heard that architects Studio E were ‘miffed’ at demands from Royal Borough of Kensington and Chelsea (RBKC) building control to install extra fire prevention during the refurbishment.

The second phase began with a focus on decisions ‘taken in the months and years before the fire’, its immediate aftermath and the government’s role. ‘Key revelations’ included that ‘almost none’ of the clients, consultants or contractors during the refurbishment were ‘accepting much blame’, and ‘ignored pleas from the inquiry not to engage in a “merry-go-round of buck-passing”’.

The first week heard refurbishers ‘knew cladding would fail’; witnesses threatened to ‘withhold evidence’; and a consultant was not sent a key report. However hearings were delayed due to witnesses asking for assurances that ‘anything they say will not be used in criminal prosecutions against them’. This was granted, and the inquiry resumed.

The inquiry also acknowledged that Sir Martin had written to Attorney General Suella Braverman to ‘request an extension’ in late April, and she extended the ruling. After the agreement had been made, testimony from architects Studio E admitted it ‘lacked experience in cladding tower blocks’ and was selected ‘despite never having carried out similar work’, without any ‘competitive procurement process, interview or design competition’.

Later, emails between senior fire engineers and consultants at Exova Warrington Fire saw admissions that refurbishment plans were making ‘a crap condition worse’, and ‘no sprinklers [were] wanted’. Studio E’s lead designer Neil Crawford then alleged that Celotex ‘calculatedly sought to deceive’ and ‘deliberately misled’ over its product’s safety ‘as if selling horsemeat as beef’.

Most recently, contractors appeared more concerned about ‘cost and delay’ than fire safety, and on ‘appearance and cost’, while Exova consultant Cate Cooney had carried out a fire strategy report in 2012 on Grenfell in its original ‘state’ but ‘without visiting the site itself’, and included a ‘number of assumptions’.

Last week it was confirmed that the inquiry would begin hearing oral evidence again ‘on a limited attendance basis’ from today, after having been suspended in March due to the COVID-19 pandemic. That same month, it discussed plans to resume hearings remotely, while a later update noted that ‘potential options’ were outlined, with core participants and witnesses asked for their views on three options.

In late May, it received responses that ‘indicated a substantial consensus in favour of limited attendance hearings’, and more recently was ‘working towards’ resuming and ‘proceeding on the basis that the current restrictions will remain in place’, confirming it would restart on Monday 6 July.

The inquiry’s restrictions caused ‘anger’ among the bereaved, survivors and other residents ‘who will be prohibited from attending’.

Last week, a senior fire engineer ‘did not raise the need for any proposed cladding system to have a separate fire safety assessment’, and another then shared that he was sent the design report for the cladding, but did not view it as ‘he was not specifically asked to’. Yesterday meanwhile, the two Exova consultants were said to have given ‘no thought’ to evacuating disabled residents because the law ‘didn’t require them to’.

The Guardian has now reported on emails disclosed during the inquiry’s hearings this week, which showed that Studio E architect Neil Crawford disagreed with RBKC’s senior building control surveyor John Hoban over including firestopping ‘to prevent flames spreading between floors for at least two hours’. with the aforementioned emails sent in March 2015 between Mr Hoban and Mr Crawford.

Mr Hoban insisted that the new wall structure ‘needed to include fire-stopping to prevent flames spreading between floors for at least two hours’, but Mr Crawford said this was ‘not needed’ and that cavity barriers ‘would suffice’. Mr Crawford’s email added that ‘the subject of fire barriers is raising a lot of concern on site not lease because of program and cost. We are all miffed as to why this detail is not a cavity barrier’.

In turn, one fire engineer ‘hoped’ building regulators ‘would not notice’ that evacuation arrangements ‘might not be compliant’ with regulations. Exova’s former senior consultant Tony Pearson told the inquiry that getting building regulations approval was a process of negotiation’, after it was revealed that one of the fire engineers had written to a colleague ‘let’s hope [the building control officer] doesn’t pick up on it’.

The news outlet pointed out that one example of this in the emails was where Exova had ‘submitted a justification for having only a single staircase to evacuate flats and other uses on the towers’ lower floors’ despite knowing that this was ‘debatable’. Mr Pearson said that this was a ‘first attempt at justification and if building control comes back and says we are not happy with it, then we will revisit it’.

He told the inquiry that RBKC’s building control department ‘had a bit of a reputation as hard to convince to accept anything non-standard’, and that he knew about the risk of ‘unseen rapid fire spread through facades if proper cavity barriers had not been fitted’. This had come from knowing about the Lakanal House fire and another in France that showed ‘several story’s could be involved’, and he knew that panels could fall off and aluminium panels melt.

Mr Pearson also told his manager Terry Ashton, in an email dated 31 March 2015, that ‘if significant flames are ejected from the windows, this would lead to failure of the cladding system, with the external surface falling away and exposing the cavity’.

Construction Up, Employment down