Rising 170 feet high, the tower construction delivers 88 new luxury apartments, including a number of penthouses, with impressive views of the City. Developed by St. George PLC, this 15-storey building is the flagship high-rise within its award-winning riverside project, Battersea Reach.

“We are using Hueck systems extensively across many of our current projects, and have successfully collaborated with Hueck UK on a series of iconic buildings over the past few years,” said Derek Price, operations director at McMullen Facades Ltd.

“The Pinnacle has a complex design, with no flat elevations, and we were looking for a range of high performance systems, not just curtain walling, but also window and door systems, to meet a series of demanding requirements. Hueck’s portfolio is very broad, allowing for great flexibility, and enabling us to deliver a complex design while ensuring the correct building tolerances were achieved.

“We worked closely with the architect, façade consultants, and our supplier – Hueck UK, through the design stage, ensuring a smooth delivery of the project, on time and on budget,” added Derek.

Hueck’s popular Volato M lift/slide doors have also been specified for apartments and penthouses opening into private balconies or terraces.

Leon Friend, Project Development Director at Hueck, commented: “The Hueck Trigon L unitised façade system, combined with McMullen Facades’ engineering expertise, delivers The Pinnacle’s wavy appearance, a tribute to the river Thames, which it overlooks. Aside from looking the part, our systems have had a substantial contribution to meeting stringent energy performance requirements and practicality needs.”

It is with great sadness that HUECK UK is announcing the passing of its Sales Director, Robert Bright. Robbie died in an accident in France, during a charity cycle ride that was raising funds for PAPYRUS Prevention of Young Suicide, in memory of his beloved son, George.

He was part of the senior management and business development team for the UK arm of global supplier of aluminium building systems, HUECK, and an industry veteran with many years’ experience. His professional leadership and personal friendship will be dearly missed by all those who knew him.

The entire team at HUECK both in the UK, as well as Germany, has paid tribute to Robbie Bright. His colleagues have released a message to clients, business partners, and the industry at large about Robbie’s career at HUECK.

Leon Friend, HUECK UK Project Director, said: “Robbie has been pivotal in HUECK’s establishment in the UK. He has won, project-managed and successfully delivered some of HUECK’s most impressive projects in London and across the UK.

“He had nearly three decades of experience, and his knowledge, passion and dedication have been truly inspiring for all of us at HUECK since he joined the team, in June 2013. Aside from a great personality, he was an exceptional business man and had a strong ability to identify and maximise opportunities.”

Crispin Jedrzejewski, HUECK UK Technical Director, commented: “Robbie was much more than a colleague to me. His personality and friendliness quickly led me to consider him a good friend and confidant – his tragic loss will be acutely felt by all who knew him.”

Ralf Schrader from parent company in Germany said: “To me, Robbie was both the honest English gentleman and a trustworthy and reliable businessman, as well as a friend. It was my honour and privilege to support him and his family in the charity ride, organised in memory of George.

“To lose him under such tragic circumstances is unthinkable and very saddening. But although we will miss him very much, he will always be remembered by all who were fortunate enough to call him a friend.”

Adrian Price, Area Sales Manager at HUECK UK also paid tribute to his colleague: “Robbie Bright, this gentleman, exceptional work colleague and most of all one of my closest friends, will be sorely missed by all who knew him. Robbie was one of the nicest people I knew, who truly wore his heart on his sleeve, and gave his all in everything he did. I will miss the support he gave me, and also the conversations we used to have, but most of all I will miss my friend.”

Leon added: “He was a real team player and worked tirelessly to promote the company and its products in the UK construction market, while proactively sharing his knowledge and in-depth understanding of the sector with his fellow colleagues at HUECK. I owe him a great deal both professionally and personally, and he will be greatly missed by all.”

One of Europe’s leading manufacturers of architectural aluminium systems, Hueck, has been selected by the housebuilding company Berkeley Group as a preferred supplier of window, door and façade applications. 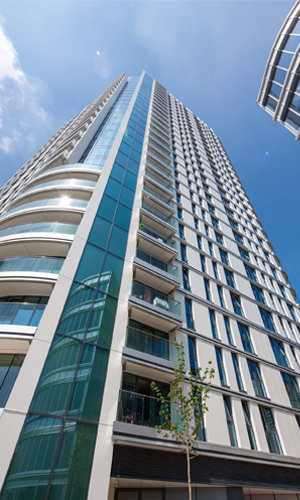 The collaboration will see Hueck’s aluminium systems specified for Berkeley’s residential and mixed use developments in London and the South East.
The recommendation was made by Berkeley’s Supply Chain Task Force after the careful consideration of Hueck’s products and manufacturing capacities of its UK fabricators, as well as the bespoke design services and advanced testing facilities offered by the building envelope specialist.
Leon Friend, project development director for Hueck UK, commented: “Berkeley Group were looking for trusted suppliers they could recommend to their constituent companies for effective integration in future projects in order to add value and reduce risks.
“As one of the most experienced providers of aluminium window, door and façade systems in Europe, Hueck are able to ensure great construction flexibility and a truly bespoke approach in order to provide our clients with a perfectly tailored solution for their projects.
“We’re delighted to have been named as preferred suppliers, and we look forward to our collaboration,” added Leon.
Hueck is a globally active company, and one of Europe’s largest and most innovative aluminium extruders, with a 200 year track record of groundbreaking engineering. A specialist in both bespoke solutions, as well as standard systems, the company offers a wide choice of profiles, all of which are designed to integrate with each other. Hueck’s Lambda range alone consist of 13 different window systems, and 7 door systems. In addition, the company offers the innovative Trigon range of façade systems and the Volato sliding door system.