All News
You are here: Home1 / All News2 / Building News3 / STEELMAKERS URGE, SAVE OUR SECTOR, COMPLETE HS2 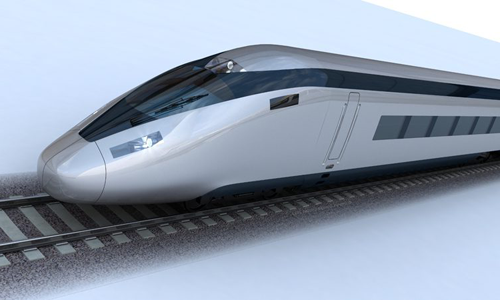 The UK’s steelmakers have urged the government to complete HS2 to boost the struggling sector.

The rail project – which would link London, the Midlands and the north – is expected to use 2m tonnes of steel if it goes ahead.

However, the project is in some doubt as estimated costs have spiralled to £88bn and the government is currently undertaking a review of its viability.

Director general of British Steel Gareth Stace stated that the project needs to happen in order to boost the steel industry.

“The prime minister spoke frequently during the election campaign about unleashing Britain’s potential, investing in much needed infrastructure, as well as a promised new approach to public procurement with a focus on buying British,” he said.

“Giving HS2 the green light will signal to industry that this was more than campaign rhetoric. For too long HS2 and other major infrastructure projects have been hampered by the political stalemate in Westminster, the time for delay and indecision is over.

“Government must live up to its promises to improve procurement to ensure the benefits of public infrastructure spend are experienced by UK industry.”

Chinese dealmaker Jingye Group has since agreed to buy the company for £70m.

If HS2 gets built the project would add 2000 jobs to the industry, according to advocacy group UK Steel.

The government is expected to soon rule on whether the project goes ahead, after its projected budget has increased from its original £56bn figure.

A government-commissioned report into the viability of the project recently leaked to the press, suggesting that HS2 should go ahead in its entirety.

Architecture, Engineering and Construction: Who in the AEC has made the Queens...
Scroll to top