All News
You are here: Home1 / All News2 / Product News3 / Interiors4 / Independent tests cast doubt on claimed performance of some trickle ve...

Concerned that Greenwood Airvac’s claims for the Equivalent Area (EA) and acoustic performance of some of its ventilation products may be inaccurate, Titon decided to submit Greenwood’s 5000EA ventilator and canopy (as well as Greenwood’s 5000EAW.AC2 and 2500AW.AC2 acoustic variants) and Titon’s own Trimvent Select, SF Xtra and SFX Sound Attenuator trickle vents for independent testing. These tests revealed a significant difference between performance data declared by Greenwood and the actual figures achieved during independent testing.

The independent EA testing, which measures airflow through the product, was conducted by the Building Research Establishment (BRE) and the acoustic testing by SRL Technical Services Ltd. The EA tests were carried out in accordance with UK Approved Document F (ADF) 2010 and the Scottish Technical Handbook 3.14.6 using the recognised test method to BS:EN 13141-1 clause 4. The independent testing substantiated the claimed performance data of the Titon Trimvent Select, SF Xtra and SFX Sound Attenuator trickle vents.

Greenwood’s 5000EA vent, known as Pyramid, and canopy is marketed in the UK as delivering 5000mm2 EA, yet the independent tests revealed the actual figure to be just over 4000mm2 EA. Similarly, the acoustic variant, 5000EAW.AC2, known as Pyracoust, only achieved 3634m2 EA. In addition, when these Greenwood products were tested for sound attenuation, the results show less attenuation than generally claimed.

No other products within the Greenwood portfolio were tested, as Titon’s research had only deemed that the products mentioned required further investigation.

Commenting on the testing, Tyson Anderson, Sales & Marketing Director at Titon said: “Titon prides itself on the accuracy of its stated products performance and test results and believes that the market benefits from factually accurate data derived from recognised test procedures. This data will help manufacturers and specifiers ensure compliance with Building Regulations and that the provision for ventilation in a dwelling is correct for its occupants’ health and wellbeing. All our test reports are available for reference and can be explained if required.” 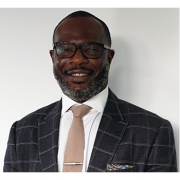