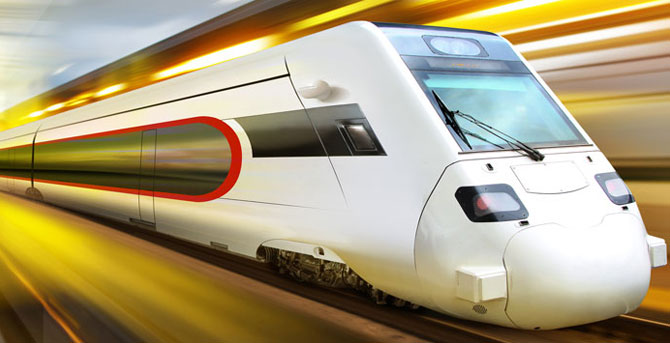 In a government press release it was announced yesterday that the Prime Minister and the Chancellor are giving their backing to develop HS3 – a high speed rail line linking the great Northern cities of Manchester and Leeds.

Dubbed ‘HS3,’ the line aims to optimise the productivity of HS2 in the North, reducing the travel time from around 55 minutes to somewhere between 26 and 34 minutes.

This announcement came in response to a report by HS2 executive chairman Sir David Higgins in which he proposes vital improvements to transport links, claiming that speeding up the East-to-West travel time is “a necessity.”

The government will now produce a comprehensive strategy for the project, including costs, options and a delivery timetable for a HS3 rail connection. They will then respond with an interim report in March 2015.

By combining the strengths of the two Cities the government hope to improve economic performance and opportunities in the North of England, by allowing them to compete on a professional level with the UK capital of London. Chancellor George Osborne believes that the high speed rail projects could help to create a “northern global powerhouse.”

Explaining the motives behind the latest announcement, PM David Cameron said that “improving connectivity and reducing journey times between our great northern cities is a crucial part of our long term economic plan for the north to boost businesses and create more jobs and security for hardworking people. That’s why we are backing HS3.”

Long-standing opposing group Stop HS2 feel that Sir David’s latest report only further illustrates the poor planning of HS2 and that this new line could prove to be even more expensive per mile than the original.

The feel in general from those opposed to the project is that this latest announcement proves to be little more than positive publicity for the Tory Party in the run up to a pending general election.

Whatever the motive behind their latest press release, HS2 now seems to be gaining real momentum. Will HS3 prove to be a crucial stitch in closing the gap between the North and South? Or will it be an ultra-expensive effort to fix something that isn’t truly broken? Meanwhile the debate chugs forward…