All News
You are here: Home1 / All News2 / General News3 / HS2 REVIEW – ‘MISLEADING AND DISHONEST’ 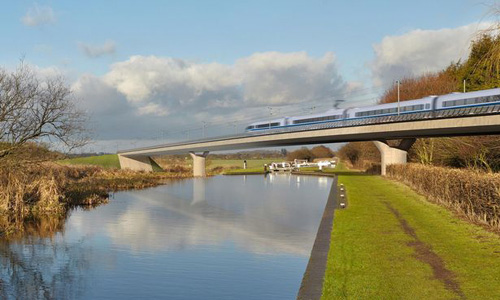 The Government-commissioned review into HS2 has been accused of being ‘misleading and dishonest’ by its deputy chairman who launched a scathing attack on its report.

Lord Berkeley said he has “serious problems with its lack of balance” and declared that he “cannot support its conclusions or recommendations”.

A leaked draft of a report produced by the review recommended that the high-speed railway should be built in full despite soaring costs, The Times reported on Tuesday.

Lord Berkeley raised a series of concerns in a letter to former HS2 Ltd chairman Doug Oakervee, who was appointed by Prime Minister Boris Johnson to lead the review.

He complained about the “unquestioning acceptance of information” provided by HS2 Ltd and the “failure to scrutinise” the involvement of the Department for Transport and the Treasury in how the project was developed.

Lord Berkeley claimed there was a “trend in many of the discussions within the review to accept that HS2 will go ahead”, rather than considering the merits of other options.

He also suggested that the review should accept the cost figure of £103 billion provided by consultant Michael Byng, rather than HS2 Ltd’s latest estimate of £88 billion.

The Labour peer expects the project to provide less than £1 in benefits for every £1 spent.

“This may not be the answer that the review wants, but nevertheless it is a very likely outcome,” he wrote. “I suggest that to omit this is misleading and dishonest.”

The transport expert added that he reserves the right to publish his own “alternative report”.

The draft report warned that “large ticket price rises” will be needed to discourage peak-time travel unless HS2 is built, according to The Times.

It found that the railway could boost cities in the North and Midlands more than London due to better connections on intercity routes. It also claimed there are no “shovel-ready” alternative schemes to raise capacity on the existing railway.

The review was due to be completed this autumn, although a decision on the future of HS2 will not be taken until after the General Election.

Phase 1 of HS2 is planned to run between London and Birmingham. It was initially planned to launch in 2026, but a recent report by HS2 Ltd stated that this could be pushed back until 2031.

Current designs involve a second Y-shaped phase launching in two stages: Phase 2a from the West Midlands to Crewe followed by phase 2b from Crewe to Manchester, and Birmingham to Leeds.