All News
You are here: Home1 / All News2 / General News3 / Corbyns green apprentices 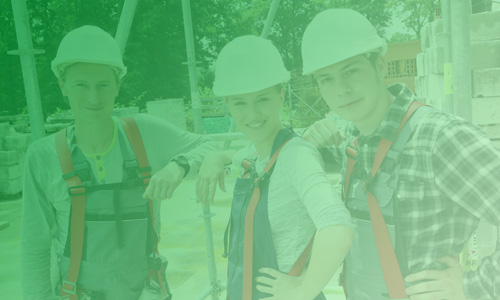 Labour are about to announce their apprenticeship plans should the forth coming election hand them the reins to steer the countries policies.

Labour say they will:

The Apprenticeship levy was introduced in 2016, conversely since then apprenticeship’s have fallen year on year and at the close of the fiscal year in March 19 apprenticeship start ups were 50% less than those achieved in 2011/12.

The general consensus being that the scheme has failed.

Speaking in March Kirstie Donnelly, managing director at City & Guilds Group, commented that their were two main concerns: “Firstly, it appears that the apprenticeship budget set by the Treasury fell well below the amount of levy money collected by HMRC, meaning the government would never have been able to fulfill its promised apprenticeship funding for employers.

“Secondly, we can see that around 90% of the, already less-than-adequate, apprenticeship budget has not been available for employers to spend as they choose, despite that being the key reason behind the levy.

She said the government must be clear with employers about what their levy is actually covering and suggested that the money should be ringfenced so that it can only be spent on new apprenticeships or support for companies wanting to offer them.

“In light of these findings and the fact that our own research shows 95% of levy-paying employers were not able to spend their full allowance in the first year, we are calling on the government to increase flexibility and provide clarity around the apprenticeship system. Apprenticeships are key to unlocking the economic and social prosperity of our country and without the full trust and support of government, we will find it difficult to be able to reap the benefits they offer.”

Meanwhile reflecting on the plan to introduce the ‘inclusive ownership fund’ Business lobby groups have branded the Labour proposal “draconian” and warned of lost investment in the country. Because the policy would not work for foreign-owned firms, they warn it could encourage major British firms to move their stock exchange listing overseas. They also warn the complicated nature of the policy would encourage firms to seek loopholes in any employee ownership regime.

Tom Ironside of the British Retail Consortium warned the policy could act as an indirect tax on companies, given that the proposed model would result in excess funds flowing to the Treasury.

What seems clear is that the country has a desperate skill shortage and regardless of who makes the raft of policies that are meant to address the problem, we draw no closer to actually solving it.