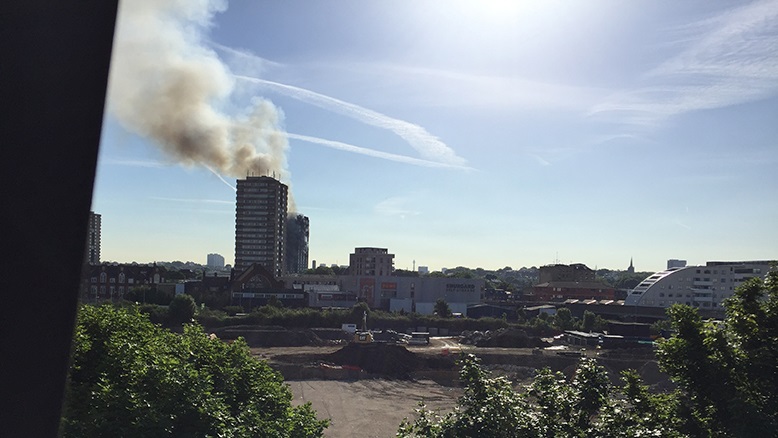 Police have confirmed that the blaze was started by a faulty Hotpoint fridge freezer and that the insulation used in the refurbishment was actually more flammable and contributory to the inferno than the cladding tiles.

In a statement to the press, Detective Superintendent Fiona McCormack said “preliminary tests show the insulation samples collected from Grenfell Tower combusted soon after the tests started. The initial tests on the equivalent aluminium composite tiles failed also.” McCormack also confirmed that the police are now planning on investigating the manner in which the tiles were fixed to the building and how the installation process attributed to the fire.

Although the current death toll sits at 9 at the time of writing, it is expected to rise to 79 as more of the charred building becomes accessible to recovery teams. Manslaughter charges are currently being considered.

Thousands of households across the UK have been warned this week that the buildings they live in are also clad in similar flammable systems, or around 600 towers according to estimates from the Communities and Local Government. This is now a matter of high urgency to rectify, to prevent similar accidents happening in the future.

David Orr, Chief Executive at the National Housing Federation, said “Since the tragic fire that took place last Wednesday at Grenfell Tower, housing associations across the country have worked tirelessly to reassure tenants, carry out additional safety checks and, in London, offer support to the Royal Borough of Kensington & Chelsea.

“Right now, housing associations are working closely with DCLG to identify and test any tower blocks with ACM (aluminium composite material) cladding. And, while the cause of the fire and its spread remains unconfirmed, housing associations will be scrupulous in carrying out other fire safety checks for example on sprinklers, smoke control systems and emergency procedures.

“We want to reassure residents of these blocks that testing on your building does not necessarily mean that it is unsafe, and in instances where cladding is found to be combustible, action will be taken.

“As always, the sector’s first priority is its residents. We will work in partnership with local authorities and fire services across the country to ensure people in tower blocks are safe and secure.”