All News
You are here: Home1 / All News2 / Article3 / COVID LESSONS 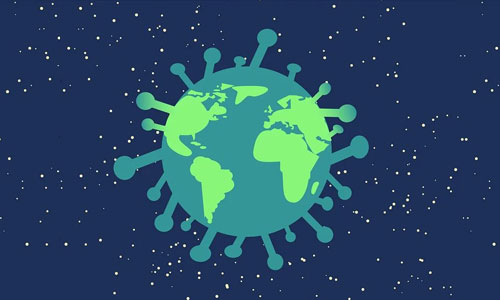 What has COVID-19 taught us about our impact on the environment?

Are you a glass-half-empty person, or a glass-half-full? In other words, can you draw any positives from tragedy that might make undergoing the suffering less meaningless? What have we learned about ourselves and one another throughout the coronavirus crisis that might help us forge a path into a brave new world, post-COVID? MMC Editor and buildingspecifier.com contributor discusses:

A rare disaster in the form of pandemic has temporarily brought the world to its knees. Countries have spent the last few months scrabbling to fight an invisible enemy, as the world went in lockdown. The subsequent collapse in activity that has resulted from this is unlike anything experienced in living memory; the word ‘unprecedented’ is bandied about in daily parlance.

The tragic loss of lives aside, economists project global 2020 growth at -6.1 percent… that’s MINUS. Emerging market and developing economies with normal growth levels well above advanced economies are also projected to have negative growth rates of -1.0 percent in 2020, and -2.2 percent if you exclude China. A recent UN study said 81% of the world’s workforce of 3.3 billion people had had their place of work fully or partly closed because of the outbreak.

As unemployment figures are masked with terms such as furlough (how many furloughed staff will have a company to return to, post-lockdown?) we find ourselves in the worst economic recession since the Great Depression in the 1930’s.

Whilst we casting worried eyes over our dwindling bank accounts, it can be hard sometimes to see any difference between real life and money. Yet there is.

Without our environment, there would be nothing

According to new research by construction blog Bimhow, the construction sector contributes to 23% of air pollution, 50% of the climatic change, 40% of drinking water pollution, and 50% of landfill wastes globally. In separate research by the U.S. Green Building Council (USGBC), the construction industry accounts for 40% of worldwide energy usage, with estimations that by 2030 emissions from commercial buildings will grow by 1.8%.

As an industry, we are the UK’s largest user of natural resources and the largest producer of waste. Recent figures indicate the construction industry uses around 420 million tonnes of materials each year. From these materials, around 120 million tonnes are waste; that’s almost 60% of the national total. From this waste, it’s estimated that 25 million tonnes ends up in landfill sites.

Over the next 100 years with 2C+ global warming locked in, the very existence of some atoll nations is threatened by rising sea-levels. Limiting warming to 1.5C may restrict sea level rise below 1 metre; yet even at 1.5C warming, regional food security risks are significant. Africa is particularly vulnerable, with significant reduction in staple crop yields in some countries. Between 1.5C-2C increase, mountains lose their glaciers meaning people will lose their water supplies. The entire Indian subcontinent will be fighting for survival. As the glaciers disappear from all but the highest peaks, their runoff will cease to power the massive rivers that deliver vital freshwater to hundreds of millions. Water shortages and famine will be the result, destabilising the entire region. The whole Greenland ice sheet would vanish within 140 years. Miami would disappear, as would most of Manhattan. Central London would be flooded. Bangkok, Bombay and Shanghai would lose most of their area.

No matter what viruses and threats come our way, something must be done about this. Without a healthy environment to live in, there can be no healthy life.

Taking positives from something negative

Throughout the course of the coronavirus pandemic, the media has been a double edged sword. It fills us with fear and loathing, and then throws a curveball our way in the form of a positive news story about clear skies over Tokyo for the first time in decades, dolphins returning to the canals and waterways of Venice and unpolluted skies ample for stargazing. None of this comes as a surprise; the wonders of nature are set free when we get out of its way.

The European Environment Agency (EEA) is an agency of the European Union, whose task is to provide sound, independent information on the environment. The EEA aims to support sustainable development by helping to achieve significant and measurable improvement in Europe’s environment, through the provision of timely, targeted, relevant and reliable information to policymaking agents and the public.

The EEA’s data for March (the height of the pandemic) also showed how concentrations of nitrogen dioxide (NO2), a pollutant mainly emitted by road transport, have decreased in many Italian cities. For example:

In Bergamo, there was a constant decline in NO2 pollution throughout March. The average concentration during the week of 16-22 March was 47 % lower than for the same week in 2019.

Similar trends can be seen in other European cities where lockdown measures have been implemented.

Exposure to air pollution can lead to adverse health effects, including respiratory and cardiovascular diseases. A number of health authorities have warned that those citizens with certain pre-existing conditions, such as respiratory illnesses, may have an increased vulnerability to COVID-19. However at present it is not clear whether ongoing exposure to air pollution might worsen the condition of those infected by the virus. Further epidemiological research is needed to address such questions.

What does this mean?

To put it simply, it means that we can make big changes in short periods of time when we pull together for a common cause. It gives me hope for humanity.

The survey of 317 CFOs and Finance leaders on 30th March revealed that 74% will move at least 5% of their previously on-site workforce to permanently remote positions post-COVID 19.

“This data is an example of the lasting impact the current coronavirus crisis will have on the way companies do business,” said Alexander Bant, practice vice president, research for the Gartner Finance Practice. “CFOs, already under pressure to tightly manage costs, clearly sense an opportunity to realize the cost benefits of a remote workforce. In fact, nearly a quarter of respondents said they will move at least 20% of their on-site employees to permanent remote positions.”

With more people working remotely, could we be witnessing the beginning of the end of 2 to 3 hour commutes in standstill traffic to squeeze into office buildings in the city centre? Could we reduce vehicle emission and repurpose some office buildings to help tackle other pressing issues facing society, such as the housing crisis? It is certainly food for thought… for the glass-half-full person.

Coronavirus has raised countless questions, some which might never be answered. It is a horrible fact of life that we all have to live with now. Perhaps, as we begin to regain control of the situation, we should draw as many positives as we can from the harsh lessons we have learned so that it wasn’t all in vain. We owe it to those who have lost their lives and their loved ones to it.

It’s time to shift our perspective back to the environment and make sure we are building a world in which people can live and thrive. It is our duty, as construction industry professionals, to build a better future. Let’s get it right.