All News
You are here: Home1 / All News2 / Building News3 / Fastest Rise in Construction Activity for 2 years 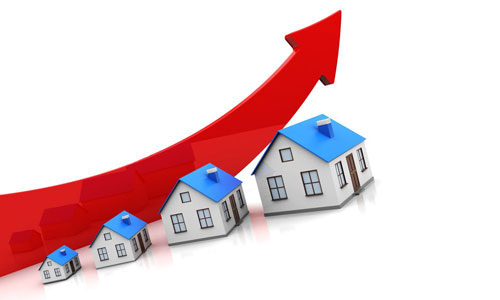 June data pointed to a sharp turnaround in the performance of the UK construction sector as the phased restart of work on site helped to lift output volumes and boost business confidence. At the same time, new orders stabilised after three months of sharp declines and purchasing activity expanded at the fastest rate since December 2015.

The headline seasonally adjusted IHS Markit/CIPS UK Construction Total Activity Index jumped to 55.3 in June, from 28.9 in May, to signal a strong increase in total construction output. Moreover, the latest reading signalled the steepest pace of expansion since July 2018.

Higher levels of business activity were overwhelmingly linked to the reopening of the UK construction supply chain following stoppages and business closures during the early stages of the coronavirus disease 2019 (COVID-19) pandemic.

Residential building was the best-performing area of construction activity in June. Around 46% of survey respondents noted an increase in housing activity, while only 27% experienced a reduction. The latest expansion of residential construction work was the steepest for just under five years. Commercial work and civil engineering activity also returned to growth in June, although the rates of expansion were softer than seen for house building. New business volumes increased marginally in June, which ended a three-month period of decline. However, the rate of new order growth was far weaker than seen for business activity, reflecting ongoing hesitancy among clients and longer lead-times to secure new contracts. A number of construction firms noted that new work related to infrastructure projects was a key source of growth in June

Employment numbers fell at the end of the second quarter, according to the latest survey data. Reports from panel members suggested that worries about the longer-term demand outlook had led to cautious hiring policies and, in some cases, redundancies alongside furlough arrangements in June. The index measuring business expectations for the year ahead remained historically subdued, but climbed to its highest since February amid a boost from the reopening of work on site.

Exactly 46% of the survey panel anticipate a rise in business activity, while 31% forecast a reduction. The latter mostly commented on concerns about the wider UK economic outlook. Severe supply chain disruptions continued in June, reflecting stronger demand for construction inputs and ongoing reports of constrained materials availability (especially plaster). This resulted in another rise in purchasing costs, with the rate of inflation accelerating to it’s highest since the start of 2020.

“June’s survey data revealed a steep rebound in UK construction output as more sites began to reopen and the supply chain kicked into gear. House building led the way with the fastest rise in activity for nearly five years, while commercial and civil engineering also joined in the recovery from the low point seen in April. “As the first major part of the UK economy to begin a phased return to work, the strong rebound in construction activity provides hope to other sectors that have suffered through the lockdown period. While it has taken time for the construction supply chain to adapt and rebuild capacity after widespread business closures, there is now clear evidence that a return to growth has been achieved.”While some survey respondents commented on cautious optimism about their near-term prospects, construction companies continued to face challenges securing new work against an unfavourable economic backdrop and a lost period for tender opportunities. At the same time, operating expenses are rising due to constrained capacity across the supply chain and the impact of social distancing measures. “Looking ahead, construction firms are more confident than at any time since the start of the COVID-19 pandemic. However, the ongoing reductions in staffing numbers seen in June provide a stark reminder that underlying conditions across the sector are a long way off returning to those seen before the public health emergency.” Duncan Brock, Group Director at the Chartered Institute of Procurement & Supply:”Builders were the stars of the UK economy in June with the fastest rise in purchasing activity in almost five years, as pent-up building plans were unleashed following the easing of lockdown measures. Housing led the way with the other main sectors closely behind as several larger infrastructure projects were also on the move.”As business confidence improved to its largest extent since February, companies were buying up materials and laying the groundwork for a stronger summer’s end. This resulted in the highest input price inflation since the start of the year as supply chains creaked under the strain of increased shortages. Building performance is dependent on other sectors recovering at a similar pace, and as businesses were opening up, some fell short of their usual delivery capacity. “Only two months ago the construction sector produced the worst results in the history of the PMI, and there are still some potholes to navigate around as Government support for jobs is stripped away. Employment levels remained deflated, with reports of redundancies, furloughed staff and a reluctance to boost staff numbers when new order levels remained so flat. But with a significant rise in the headline output number, it looks as though all the building blocks are there for the sector’s increasing health…”