All News
You are here: Home1 / All News2 / General News3 / CLIMATE – MATERIAL CHANGES 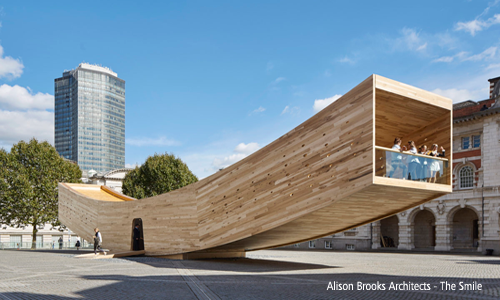 For decades, as anthropogenic greenhouse gas emissions and corresponding atmospheric carbon concentrations have risen at an alarming rate, scientists have investigated the capacity of forests, soils, and oceans to act as carbon sinks, vast ecological systems that might absorb, store, and offset the enormous release of carbon dioxide associated with the combustion of fossil fuels. Some scientists have raised concerns about the future durability of such natural carbon sinks given that climate change itself has caused such significant disturbance to those ecosystems.

The creation of human-made carbon sinks has only recently emerged as a potential supplement to natural carbon uptake and storage domains. Although there have been technological proposals and experiments in the field of carbon capture—giant machines designed to draw CO2 from the atmosphere—costs for both the hardware and the durable disposal of the solidified carbon that results from these processes remain prohibitively high relative to the current market value of carbon offsets.

The growth and urbanization of global populations anticipated over the next several decades will create an enormous demand for buildings and infrastructure. As cities expand in size and density, the manufacturing of materials required for constructing mid and high-rise urban buildings will create a significant spike in greenhouse gas emissions, a discharge that takes place at the beginning of each building life cycle. This production stage carbon debt could take precious decades to offset through operational energy efficiencies alone.

Steel and reinforced concrete, the conventional structural materials of the mid- and high-rise cityscape have high production stage emissions and little or no capacity to store carbon.Their inherent advantages of strength and stiffness come at a significant environmental cost. New and emerging material technologies and building assemblies in engineered timber combine significant structural performance with carbon storage capacity and have been adopted by various national building codes. These adaptations have enabled so-called “mass timber” to challenge the dominance of mineral based structural materials in the construction of larger and taller urban buildings.

A small international and interdisciplinary team of architects, forest and industrial ecologists, social scientists and climate change researchers gathered to consider the possibility of exploiting an anticipated global building boom as a means to mitigate rather than exacerbate climate change. Could the use of bio-based, carbon-storing materials such as timber, bamboo, and other forms of plant cellulose to construct dense urban building landscapes serve as a technique to offset most of the production stage emissions produced by the extraction and manufacture of building components? Could the very material that gives form and structure to those new cityscapes, which we will have to build for 2.3 billion people by 2050, also act as a storage bank for photosynthesized carbon? How much wood would the world need to harvest to meet that demand and what would be the impact to the health of forest ecosystems around the world?

As a consensus among the authors grew, they focused on concerns about the feasibility of sustainable forest harvest at the global scale and weighed a variety of potential mechanisms for the transfer of woody plant material into urban building structures; no options were ignored. (One scientist suggested that building log houses with very low manufacturing CO2 emissions might serve to produce the fewest impacts and the greatest material efficiencies, a proposition quickly vetoed by the architects who argued that log-building would fail to meet both the performance requirements and the construction practicalities of contemporary mid-rise urban building, not to mention that it was unlikely to have cultural appeal for today’s city dwellers.) Debates ebbed and flowed. After months of robust conversation and the exchange of dozens of drafts, the team arrived at the design of a study that would assess—succinctly but as comprehensively as possible within the limits of a single technical paper—the relative potential of major structural materials to either accelerate or mitigate climate change, an approach described in a newly published Nature Sustainability “Perspective”. 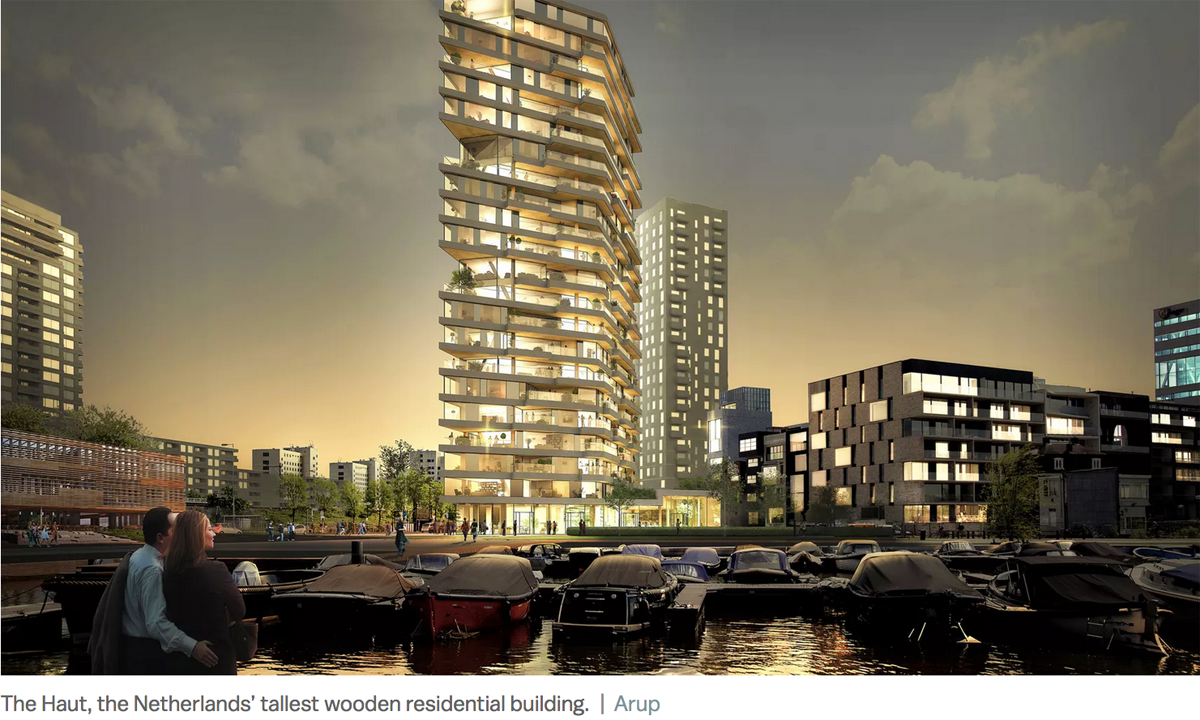 The broad-based substitution of engineered timber for steel and concrete in mid-rise urban building offers the opportunity to transform cityscapes from their current status as net sources of greenhouse gas emissions into large scale, human-made carbon sinks. The sheer volume of urban buildings projected for the remainder of the first half of the 21st century suggests that such a scenario could become a powerful tool to mitigate climate change. Construction of timber buildings for more than two billion new urban dwellers from 2020 to 2050 could store 0.01 – 0.68 GtC per year depending on the scenario and the average floor area per capita. Over a period of thirty years, wood-based construction can accumulate 0.25-20 GtC and reduce cumulative emissions of carbon from 4 (7-20) GtC to 2 (0.3-10) GtC.

Such a transition to bio-based building materials, implemented through the adoption of engineered structural timber products and assemblies by the urban building sector, will succeed as a climate mitigation strategy only under two conditions. First, designated “working” forests must be managed and harvested sustainably using techniques appropriate to each forest at the stand level in order to avoid scenarios of forest degradation and soil depletion. Second, the wood from existing and future buildings (the latter specifically designed for ease of disassembly) must be recovered and reused as a raw material resource for consumer product manufacture or the next generation of buildings. In this way, the city and the forest, historically antagonistic landscapes, may begin to work in synergy to help stabilize a climate in crisis.