All News
You are here: Home1 / All News2 / Product News3 / Fire, Security and Safety4 / Appleby calls for a change in Fire Safety Regulations 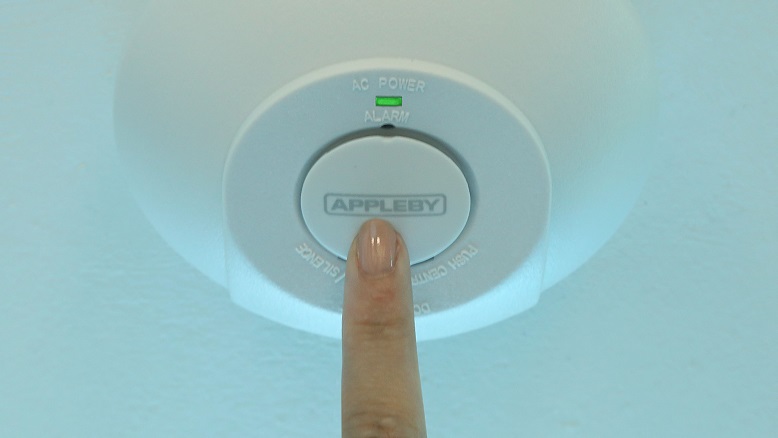 Installing mains-operated smoke & heat alarms is mandatory for new build properties, but there’s no legal requirement for rewiring jobs. Harry Milligan of Appleby questions a loophole that leaves millions of householders without adequate fire safety protection and asks if it’s time for the law to be changed.

Are our wires crossed when it comes to smoke & heat alarms?

Fire alarms are one of the few undisputed good things in the world. It’s doubtful you’ll ever find someone who argues against them, as the statistics prove their value rests in saving lives and protecting properties.

You can’t never have enough smoke alarms. Although 89% of UK homes are believed to have at least one working smoke alarm, it is known that in half of all house fires, householders weren’t alerted by their smoke alarm. This is typically because the alarm wasn’t within range.

The advice is to have at least one smoke alarm on every level of the home. Ideally, these should be located in circulation areas, exit routes and anywhere that fires are particularly likely to start, such as a kitchen. Is this enough?

What type of smoke alarm is best

The most commonly used form of smoke alarm is battery powered. These are simple and inexpensive for the homeowner to install, yet they do require a high degree of diligence to test and maintain.

The risks of not keeping on top of this are clear. A public health report found that in 20% of homes with a smoke alarm, none were working – usually due to missing, disconnected or dead batteries.

The answer is to use mains-operated smoke alarms, which offer several benefits over purely battery powered versions. The most obvious advantage is service continuity because they are permanently connected to the mains power and, in the event of power failure, they have battery back-up.

Another key benefit is that they can be interlinked. This resolves one of the main challenges with battery powered smoke alarms, namely that, if the occupants are far away from the alarm that is closest to the fire, they may not hear it. In an interlinked system, all alarms are activated at the same time, for a clear warning throughout the entire home.
What the Building Regulations say

Since 1991, all new build properties must have mains-operated smoke alarms/heat alarms fitted as standard. The Building Regulations require that this must be, at the minimum, a grade D system. This means that there must be more than one alarm, mains powered with battery back-up, and all interlinked.

The same applies should any substantial alteration take place to a building, such as an extension or a change of usage – a common example of the latter is converting a commercial building into domestic household apartments. These are sensible solutions that are proven to be effective – but there’s a catch!

The Government is committed to building 300,000 new homes a year, but three times as many existing homes are rewired each year, and this is where a safety mismatch becomes glaringly obvious, because, unlike new-build and substantial alteration cases, there is no requirement, at all, to install interlinked, mains-operated smoke alarms as part of the house rewiring process.

Admittedly, there is a requirement for the work to be carried out to the Wiring Regulations, but local building control approvals are not necessary with approved domestic installers who can sign off their own work. In these circumstances, the installer is under no obligation, regulatory or otherwise, to fit mains powered smoke or heat alarms

Conscientious electrical contractors may well include a Grade D system as part of their rewire services, but if they don’t this creates the curiously “compliant” situation where two houses, across the road from each other, are subject to different safety standards. On one side, we see a new build and we know that it will have Grade D system fitted as standard. On the other side, we have a newly rewired home… possibly without any smoke / heat alarms at all.

The current situation presents an opportunity for everybody to win. The Government can deliver a simple, smart popular safety policy. The electrical contractor can add another level of service to their rewiring contracts and the homeowner has greater peace of mind, for the long-term protection of their family and property.

Updating the regulations to make mains-operated smoke and heat alarms mandatory in all domestic rewires is such a simple thing to do. At Appleby we think it’s time for a change, and make sure that fire safety is consistent wherever we live.

Titon and Sobinco: a thriving partnership