All News
You are here: Home1 / All News2 / General News3 / dubai – oversupply of homes could spell economic disaster 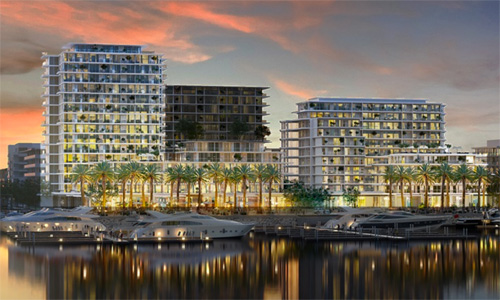 Dubai needs to halt all new home construction for one or two years to avert an economic disaster brought on by continued oversupply, according to one of its biggest builders.

“We’re entering a crossroads now,” Damac Properties PJSC Chairman Hussain Sajwani said in a Bloomberg interview. “Either we fix this problem and we can grow from here or we are going to see a disaster.”

Damac’s chairman is the latest executive to call for curbs on construction in a market that’s been on a downward trajectory since it peaked five years ago. The slump has defied all predictions of a rebound as house prices fell around 30%. About 30,000 new homes will be built this year, twice the demand in the Gulf city, property broker JLL estimates.

Damac has dramatically reduced new sales in the past two years and will focus on selling the properties in its inventory, Sajwani said. Still, the developer will complete 4,000 homes this year and another 6,000 in 2020.

“All we need is just to freeze the supply,” Sajwani said. “Reduce it for a year, maybe 18 months, maybe 2 years,” he said.

Sajwani warned that ignoring the oversupply could spell trouble for the city’s banks. The declining value of homes would inevitably lead to growing bad loans and higher provisions against default, hitting profitability. Dubai has recently created a committee to limit supply and ensure that private developers operate in fair environment.

“The domino effect is ridiculous because Dubai’s economy relies on property heavily,” he said.

Sajwani pointed at his competitor Emaar Properties PJSC as the main culprit in the oversupply and said the company offers payment plans that encourage speculation. The majority of other big developers, including Meraas Holding LLC and Nakheel PJSC, have halted new construction or cut it back by about 80%, while Emaar continues to “dump” properties on the market, he said.

Damac’s share price has fallen 40% this year and the company won’t pay dividend this year because profitability is down. Sajwani said he prefers to keep the cash in the company to meet financial obligations.

Emaar, which built the world’s tallest tower in Dubai, declined to comment.