All News
You are here: Home1 / All News2 / General News3 / UNIONS CLASH WITH CONSTRUCTION TRAINING BOARD 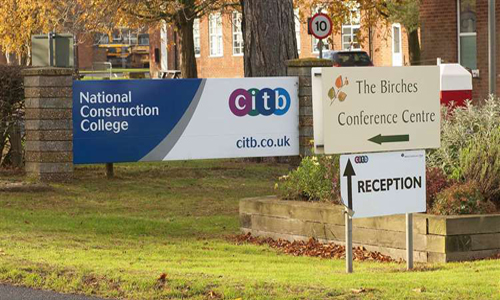 Union leaders have warned that a deal to sell a West Norfolk-based construction training operation could see some of its work shifted out of the borough altogether.

Unite officials have demanded urgent talks with the Construction Industry Training Board (CITB) and West Suffolk College after they announced a deal for the National Construction College (NCC) at Bircham Newton on Friday.

But the CITB has rejected the claim, while council chiefs say they welcome the sale and want to work with the new operator.

The future of the Bircham Newton site has been in doubt ever since the CITB announced plans to move its headquarters to Peterborough in November 2017.

In December, it was revealed that a task group set up to consider future use of the site had not met for 10 months and was not due to do so until around now.

The CITB says it is entering a period of “due diligence” with West Suffolk College over the NCC sale,

But Mark Robinson, Unite’s regional co-ordinating officer, said it was unclear whether the deal would protect existing courses or if some of the work currently done at Bircham Newton would be moved to West Suffolk College’s base in Bury St Edmunds.

He said: “This is far from the end of this long running saga and a lot more detail is required before Unite is able to say whether the planned deal is good news for our members.

“It also needs to be established if West Suffolk College will purchase the site or rent it, and, if the latter, for how long such an arrangement will last.

“Our members need to be given a proper timetable of how quickly a sale and transfer will proceed.

“Their lives have been put on hold for two and half years while this sorry saga has rolled along and they deserve closure and certainty about their future.

“Unite will now be seeking urgent meetings with both the CITB and West Suffolk College to get the answers our members deserve.”

West Suffolk College said it was unable to comment on the union’s statement.

But Braden Connolly, CITB director of products and services, said it was envisaged that the college would be tenants of the West Norfolk site.

He said: “Our commitment has always been to preserve the quality and quantity of training provided for the construction industry.

“With West Suffolk College we have found a partner who shares this ambition and hopes to increase the provision at Bircham Newton.

“CITB is treating the ownership of the land as a secondary issue to securing the future of training and employment.”

Vicar, the Rev Peter Cook, who led a local campaign for the CITB’s headquarters to remain at Bircham Newton said he hoped the NCC deal would keep work at Bircham Newton, but echoed the union’s concern about staff being “kept in the dark.”

He said: “There shouldn’t be any reason why they can’t maintain the site. Without it , we’ll lose an awful lot of employment in the area.”

He said: “We are delighted that CITB are proceeding with more detailed discussions with an approved bidder for taking over the NCC (East) Bircham Newton.

“We hope this will retain an important training facility in West Norfolk along with jobs and potentially ancilliary support workers, which will be very important to the local area.”

“The task group will continue to receive updates while CITB go through their due diligence, and if all goes ahead, we are looking forward to working with the new providers.”