All News
You are here: Home1 / All News2 / Article3 / The impact of cinema on building design

When we watch movies, we witness characters moving and acting in enthralling environments, carefully selected or created to evoke the beautiful, the horrifying, the majestic. Designers and architects, on the other hand, watch films a little differently; they tend to be interested in how the background themes interact with the main theme through the film’s architectural layers. They start to notice and study the language and personality of all the structures depicted in these films and understand their role in crafting an evocative environment. Building Specifier editor Joe Bradbury discusses the correlation between movie and building:

Architects often strive to figure out how these structures came to be, pondering how they were constructed. They might even be able to 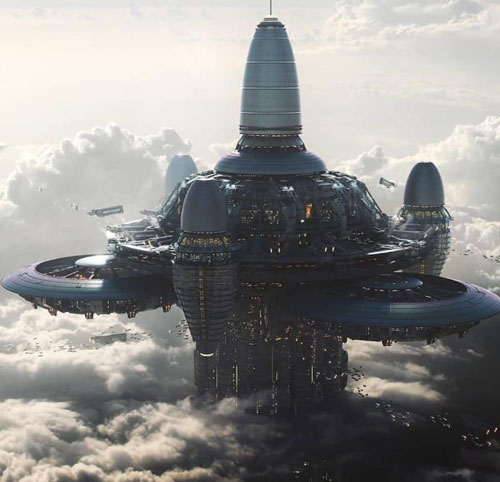 picture the blueprints that would be required to bring the structure into existence. It’s hard to explain, but architects and designers know when they see an ambitious fictional building that could actually be perceived and imagined in reality. This pushes them to innovate and reach for the sky.

Science Fiction is one such genre that can be described as a no-holds-barred lens through which we might perceive the future of brave and rule-breaking architectural design. In fact, the last 50 years alone have proved that some films even hinted at technologies that later came to exist in the future, not long after their fictional inception.

Science Fiction throws the rulebook in the bin when it comes to city planning and building design. Unrestrained by the limits of planning policies, building codes, rules, regulations, red tape and logistics the human imagination is set free, allowing us, the viewer to experience gargantuan technological metropolises, brimming with richness and character.

In film, design aspects such as scale, proportions, colours, textures and forms can easily be given a deeper and intangible meaning. They not only depict larger-than-life scales, but often demonstrate the complex relationship between architecture and society, including scenes that display both the negative and good aspects of it.

Whilst observing these fictional environments, it’s wise to wonder “what lessons can be drawn from this?”

Films can act as architectural critique

Films frequently feature dystopic images. Ridley Scott’s ‘Blade Runner’, set in 2019 San Angeles, features an unforgettable futuristic, post-industrialist city, which is an excellent example of this. For those watching closely, the film is certainly a critique of the past and present, as well as a clear embodiment of the troubles engendered by this new urban condition. It serves as a cautionary tale about population growth, urban development, and unfettered capitalism.

How design influences our films

Needless to say, movies have an unquestionable impact on modern design and our cultural understanding of environments overall. However, the pendulum swings both ways and modern architecture, in turn, brings its creative aspect to the cinema, also – forming a continuous loop of inspiration.

Cinema is an art form in which architecture can play a prominent role. Architecture helps to add significance to a film’s story and to set the scene in terms of both location and time period.

Cinema allows for the preservation of old building as well as the invention of futuristic styles that have yet to be seen. It depicts architecture as we see it in our daily lives in the cities we live in, including both new and old buildings. Because architecture is used as part of the scenery for cinematic works, architecture and cinema are inextricably linked. It permits a city to be depicted in both a realistic and a fantastical manner.

Films can also be beneficial to urban planners since they help them to think about how cities will expand and evolve in the future. Architects can understand how the city is constructed in our collective imagination and how it might be represented in many ways, thanks to movies. One can watch something set in a dystopia and consider “what went wrong?” Conversely, one can watch a film about a Utopia and consider what steps would need to be taken in order to guide society towards this goal. 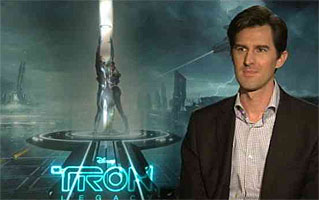 Many well-known actors and actresses in Hollywood have a background in architecture. Joseph Kosinski, the director behind blockbusters including ‘Tron Legacy’ and ‘Oblivion’, received his Master of Architecture from Columbia University in 1999. Instead of pursuing a career as an architect, Kosinki pursued a career in cinema, owing to his digital modelling skills, which he learned while studying architecture.

Following the completion of his thesis Beyond Mise-En-Scène: Narrative Through Architecture in Main Stream Cinema, Anshuman Prasad relocated to Los Angeles to pursue a career as a set designer. ‘Captain America: Winter Soldier’, ‘Girl With the Dragon Tattoo’, and ‘The Hangover’ are among his many blockbuster flicks.

In many aspects, movie sets are comparable to building sites in that they require many separate, independent professional organisations that are constantly collaborating with new people on set/site – many of whom they have never met and will never encounter again.

The importance of timing, as well as logistics, coordination, and communication, cannot be overstated. Production facilities change while production moves forward at constantly-changing locations. Construction professionals and actors alike can expect unpredictable weather and daily variations from the schedule, however there is still the pressure that fixed production plans must be closely adhered to; otherwise affects upon the overall project will be severe.

On a building site, it only takes one tiny mistake to start an expanding problem-chain that can result in lost money, poor quality, accidents, conflicts, and so on. This is a scenario that is quite similar to what happens on a huge professional movie set on a daily basis: Consider any minor hiccup in the production plans for shooting a car chase through a city, or a sick main actor in a scheduled scene with rented animal trainers, child actors, weather dependencies, hundreds of extras, incorporating production into special effects design, signing a slew of permissions on a faraway location rented for the day, and so on.

There is certainly a strong link between the world of movies and the world of building design. Next time you stick one on, pay close attention to the backdrop – the unsung hero of cinema.

EMBODIED CARBON – Is the Government Starting to take Note