All News
You are here: Home1 / All News2 / General News3 / The Immigration wrangle – is Boris clouding the skills shortage ... 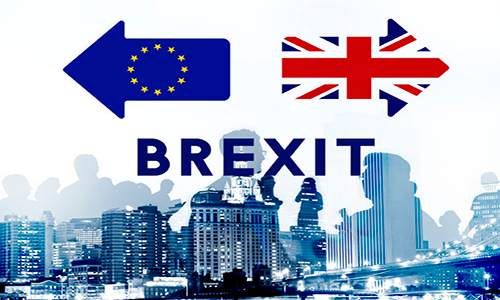 The topic of immigration has dominated the Brexit discussion so far and, as an industry which relies so heavily on EU labour, the construction sector is feeling the pressure

The UK is still locked into negotiations with the EU and the arrival of a new prime minister has magnified the concerns of those in the sector. Keen to establish himself and his policies as he takes up his new position, Boris Johnson has backtracked on some of Theresa May’s more strict post-Brexit immigration plans.

The UK is on the brink of a brave new world when it comes to immigration, and whilst Johnson has scrapped May’s pledge to slash immigration numbers to tens of thousands and instead looks to introduce a points-based system, his approach is casting doubts over the government’s existing immigration bill.

Whilst on the face of it, Johnson’s plans are more liberal than May’s, the devil really is in the detail when it comes to weighing up the UKs post-2021 options. What is clear, however, is that the new prime minister plans to impose some new immigration restrictions post-Brexit, which could have potentially devastating consequences for the UK, particularly London, as its economy is so reliant on free movement. So, until the full scope of the plans are unveiled, the construction industry will be unable to effectively plan for its future.

Whilst a number of sectors could be hit hard by new restrictions on EU migrant labour, the construction industry, which is already in the midst of an extended skills shortage, needs to prepare for impact. With high living costs (in London, in particular) and a falling pound, the pull to the UK is not as strong as it once was for EU workers. Putting hurdles in place to reduce free movement to the UK is only going to turn the skills shortage into potential skills gulf within the industry.

For a country with many ambitious construction projects underway, a lack of available workers could prove highly detrimental to the UK’s development plans. The Construction Industry Training Board estimates that the sector will need to recruit and train 31,600 workers every year for the next three years to keep up with demand. But the number of apprentices entering into construction falls very significantly short of this, meaning urgent action needs to be taken. However, it appears that the industry is trailing behind.

To ensure that talent is preserved, a dialogue needs to begin around the urgency of worker retention. As it stands, Boris Johnson appears to be supporting an amnesty for the approximate 500,000 existing migrants without documentation in the UK. In addition to this, the Migration Advisory Committee is currently reviewing (in a 12-month-long process) the £30,000 salary threshold required to qualify as a ‘skilled worker’, the current suggestion being to lower it to £21,000. Further proposals include offering a fast-track system of providing visas to people with the skills needed to bridge the UK skills gap.

Whilst these policies seem more liberal on the surface, there has been talk that the Prime Minister is keen to adopt an Australian-style points-based system, selecting only the most skilled migrant workers.  Such a system would undoubtedly contribute towards UK employment issues, with many businesses, particularly those operating in the construction sector, struggling to recruit and retain their core workforce.

Recent industry reports have suggested that 21% of construction companies have laid off staff since the previous quarter, becoming increasingly reliant on subcontractors to carry out work. If this continues, there are worries that build quality across the UK could suffer as a result of this. To help mitigate this, construction companies must ensure that they undertake the appropriate due diligence in respect of their subcontract supply chain and look to establish good working relationships with reputable subcontractors, to avoid issues with quality control.

The Federation of Master Builders has also recently warned that a no-deal Brexit ‘could lead to reputation-damaging mistakes’, also stating that ‘the construction industry has always used a significant proportion of subbies [sic] but the fact that direct employment is decreasing, points to Brexit nerves among construction bosses.’

Brexit and the housing crisis

The wider impact on the construction industry is likely to worsen the current housing crisis. For example, the Government’s target to build 300,000 homes a year would become even more difficult with a reduced workforce.

Such ambitious targets would prove nigh on impossible to achieve without the development of innovative industry methods and technology, for example, investing in modern methods of construction. This would mean less pressure on construction companies to hire so many staff and whilst the UK is still figuring out how the new immigration regime will function, this could go some way to help in mitigating the impact of the skills shortage – at least in the context of residential development. As well as people, a restriction on free movement of goods post-Brexit could also put pressure on construction companies.

Preparing for a post-Brexit world

If they haven’t already done so, taking stock now and reviewing goods procurement strategies is key for construction companies. By assessing how reliant the business is on materials from the EU, they can then begin to forecast and where prudent to do so, take measures to stockpile, avoiding disruption to projects from limits on supply. Some larger companies have already started buying up their own plant-making facilities in view of Brexit and the subsequent changes to movement of goods and services that will follow. Regardless of business size, forecasting is key, as well as ensuring that necessary funds are in place to facilitate stockpiling.

Businesses which have not taken steps to prepare for the post-Brexit world should take advantage of the extension and start planning – and acting – now. It is vital for employers in the construction sector to be aware of the options available to them for sourcing and protecting talent, as well as materials.

As the new prime minister, Boris Johnson must recognise the positive impact that immigration and freedom of movement has on the UK and establish a clear position as soon as possible. It is crucial that he takes steps to ensure that the UK can get on with business as usual, pre and post-Brexit. Confident decision making is needed to free the UK from its current political deadlock so that the construction industry can continue to thrive, now and in the future.

KINGSPAN TEK VILLAS ARE READY FOR THE SUMMER SUN

From Glass to Concrete – and no waste
Scroll to top