All News
You are here: Home1 / All News2 / General News3 / The Hydrogen Strategy – Government announcement

Tens of thousands of jobs, billions of pounds in investment and new export opportunities will be unlocked through government plans to create a thriving low carbon hydrogen sector in the UK over the next decade and beyond, the Business and Energy Secretary Kwasi Kwarteng has set out today (17 August).

The UK’s first-ever Hydrogen Strategy drives forward the commitments laid out in the Prime Minister’s ambitious 10 Point Plan for a green industrial revolution by setting the foundation for how the UK government will work with industry to meet its ambition for 5GW of low carbon hydrogen production capacity by 2030 – the equivalent of replacing natural gas in powering around 3 million UK homes each year as well as powering transport and businesses, particularly heavy industry.

A booming, UK-wide hydrogen economy could be worth £900 million and create over 9,000 high-quality jobs by 2030, potentially rising to 100,000 jobs and worth up to £13 billion by 2050. By 2030, hydrogen could play an important role in decarbonising polluting, energy-intensive industries like chemicals, oil refineries, power and heavy transport like shipping, HGV lorries and trains, by helping these sectors move away from fossil fuels. Low-carbon hydrogen provides opportunities for UK companies and workers across our industrial heartlands.

With government analysis suggesting that 20-35% of the UK’s energy consumption by 2050 could be hydrogen-based, this new energy source could be critical to meet our targets of net zero emissions by 2050 and cutting emissions by 78% by 2035 – a view shared by the UK’s independent Climate Change Committee. In the UK, a low-carbon hydrogen economy could deliver emissions savings equivalent to the carbon captured by 700 million trees by 2032 and is a key pillar of capitalising on cleaner energy sources as the UK moves away from fossil fuels.

Today marks the start of the UK’s hydrogen revolution. This home-grown clean energy source has the potential to transform the way we power our lives and will be essential to tackling climate change and reaching Net Zero.

With the potential to provide a third of the UK’s energy in the future, our strategy positions the UK as first in the global race to ramp up hydrogen technology and seize the thousands of jobs and private investment that come with it.

Today’s Hydrogen Strategy sends a strong signal globally that we are committed to building a thriving low carbon hydrogen economy that could deliver hundreds of thousands of high-quality green jobs, helps millions of homes transition to green energy, support our key industrial heartlands to move away from fossil fuels and bring in significant investment.

The government’s approach is based on the UK’s previous success with offshore wind, where early government action coupled with strong private sector backing has earned the UK a world leading status. One of the main tools used by government to support the establishment of offshore wind in the UK was the Contracts for Difference (CfD) scheme, which incentivises investment in renewable energy by providing developers with direct protection from volatile wholesale prices and protects consumers from paying increased support costs when electricity prices are high.

As such, the government has today launched a public consultation on a preferred hydrogen business model which, built on a similar premise to the offshore wind CfDs, is designed to overcome the cost gap between low carbon hydrogen and fossil fuels, helping the costs of low-carbon alternatives to fall quickly, as hydrogen comes to play an increasing role in our lives. Alongside this, the government is consulting on the design of the £240 million Net Zero Hydrogen Fund, which aims to support the commercial deployment of new low carbon hydrogen production plants across the UK.

Other measures included in the UK’s first-ever Hydrogen Strategy include:

Prioritising and supporting polluting industries to significantly slash their emissions, the government also announced today a £105 million funding package through its Net Zero Innovation Portfolio that will act as a first step to build up Britain’s low carbon hydrogen economy. The investment will help industries to develop low carbon alternatives for industrial fuels, including hydrogen, which will be key to meeting climate commitments. This includes:

This comes as the Transport Secretary unveils the winners of a £2.5 million R&D competition for hydrogen transport pilots in the Tees Valley area, which will lead to supermarkets, emergency services and delivery companies trialling hydrogen-powered transport to move goods and carry out local services.

Hydrogen can be made as safe as natural gas. As the hydrogen economy develops, all necessary assessments will be carried out and measures put in place to ensure that hydrogen is stored, distributed and used in a safe way.

The UK government is already working with the Health and Safety Executive and energy regulator Ofgem to support industry to conduct first-of-a-kind hydrogen heating trials. These trials along with the results of a wider research and development testing programme will inform a UK government decision in 2026 on the role of hydrogen in decarbonising heat. If a positive case is established, by 2035 hydrogen could be playing a significant role in heating people’s homes and businesses, powering cars, cookers, boilers and more – helping to slash carbon emissions from the UK’s heating system and tackle climate change.

The Hydrogen Strategy is one of a series of strategies the UK government is publishing ahead of the UN Climate Summit COP26 taking place in Glasgow this November. The UK government has already published its Industrial Decarbonisation Strategy, Transport Decarbonisation Strategy and North Sea Transition Deal, while its Heat and Buildings and Net Zero Strategies will be published this year. 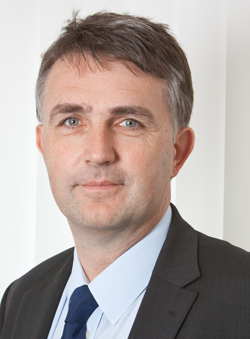 Comments attributed to Mike Foster, CEO of the Energy and Utilities Alliance (EUA):

“The UK’s Hydrogen Strategy represents a huge step in the right direction for the introduction of the technology, something the heating industry is rallying behind in the decarbonisation process. The Government’s commitment to hydrogen is a promising step, which will help to create thousands of jobs and decarbonise homes for millions of consumers with minimal disruption.

“We are enthused to see the Government also recognise the role a hydrogen blend into the grid will play in reducing carbon emissions without homeowners needing to change appliances or boilers. It is of great importance that the transition to hydrogen does not cause disruption or large costs to consumers. The blend is a way to significantly reduce emissions with no change, which will in turn leave time for the groundwork to be laid for a seamless switch to 100% hydrogen later on.

“We also welcome Business & Energy Secretary Kwasi Kwarteng’s recognition of hydrogen’s potential for decarbonising heat in homes and commercial buildings across the country.

“Giving consumers choice when it comes to low carbon heating is vital to ensuring all buildings can be suitably decarbonised to hit targets set out by government. Research conducted in our recent report Too Close To Home revealed 72% of homeowners supported efforts of UK manufacturers to develop low carbon gas boilers, such as hydrogen boilers. The establishment of a Hydrogen Strategy will be to ensure this consumer sentiment is met, and disruption is limited in the renewable transition.

“The creation of jobs is a welcome aspect of the strategy but will also play a part in the preservation of jobs for the over 120,000 gas engineers working across the UK. Likely requiring only one extra module to be taken on the compulsory Gas Safe engineering qualification, the installation and servicing of hydrogen-ready boilers is set to be very similar to their traditional counterparts. Given heating installers will play an integral role in preparing for the transition should the decision be made in 2026, it is vital that their jobs are protected as part of renewable development.

“We in the heating industry are committed to do all that we can to work with the Government ahead of its decision in 2026 on the role of hydrogen in decarbonising heat. A number of EUA members have been at the forefront of developing hydrogen heating technologies to ease the transition for homeowners and ensure cost to them is no more than with natural gas equivalents. With the establishment of this strategy, UK consumers and businesses have more choice across low-carbon energy mix, an integral part of ensuring no one is left being in the renewable transition.”

For more information about the EUA, visit: https://eua.org.uk/

Why product manufacturers need to be the driving force behind specification...