All News
You are here: Home1 / All News2 / General News3 / The ‘Flying Bum’ Shaping up and challenging how we travel

Hydbrid Air Vehicles has revealed the production-ready design of its Airlander 10 — and said the aircraft once fondly known as “the Flying Bum” might go electric in the near future. 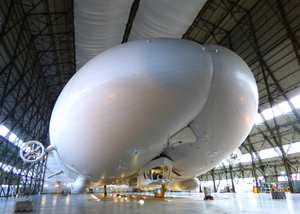 Part plane, part airship, the Airlander 10 is the world’s largest aircraft. It went viral during its early testing phase in 2016, when its bulbous shape earned it its memorable nickname.

Three-and-a-half years later, the craft is ready for production. Hydbrid Air Vehicles (HAV) has revealed images of the final design, which it says is more streamlined and efficient than the prototype.

Whether by design or coincidence, those refinements also seem to have lessened its resemblance to an airborne bottom.

As well as the “fuel-saving, lower-drag shape”, HAV says the Airlander 10 has enhanced landing gear and a wider, longer cabin, so it can carry more passengers or cargo.

It also promises 75 per cent fewer emissions than “comparable aircraft”.

However, HAV has greener aviation in its sights; it is developing an electric propulsion system with the company Collins Aerospace and the University of Nottingham, so a future version of the Airlander could be zero-carbon.

HAV says the first Airlander 10s to roll off the production line will go to organisations in the tourism and clean-technology sectors, with whom they are currently in negotiations. The British company will manufacture four aircraft initially.

It suggests that with the cabin customised for passengers, the vehicle could be used for sightseeing day trips, overnight transfers or air cruises to the north pole. 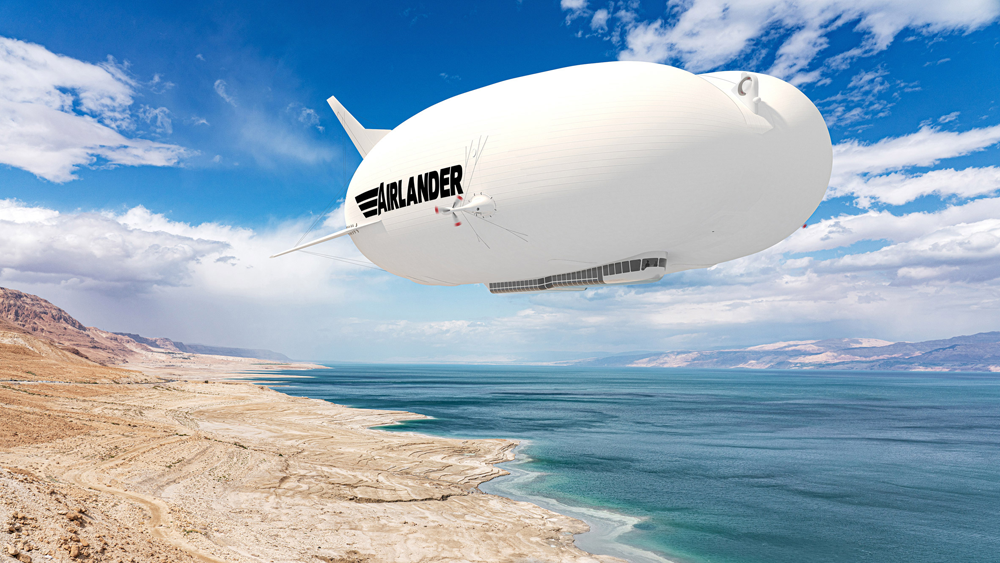 As a hybrid aircraft, the Airlander 10 has diesel engines and takes off like a conventional plane, but then uses helium to keep it aloft in the air, so it is less polluting than conventional aircraft.

With 16 passengers on board, the craft could remain airborne for three days and cover 2,000 nautical miles. It is also quieter than aeroplanes.”Unveiling the aircraft that our first commercial customers will receive is an exciting moment and an important milestone on our path to type certification,” said CEO Tom Grundy.

“Our current negotiations are the result of the strong interest in providing unique, responsible travel experiences that we’ve been seeing in the commercial sector.”

The hull of the Airlander 10 is made from a strong liquid crystal polymer called Vectran. It can stay airborne for long periods because most of its lift is produced aerostatically, by virtue of it being lighter than air, allowing it to float like a helium balloon.

The airship was originally developed as part of a US Army project before HAV brought the craft to the UK and converted it for civilian use.

It took its first test flight in August 2016 successfully but then crashed on its second outing, by slowly nosediving into a field.

Norman Foster enters the arena of ‘Where to put Parliament’