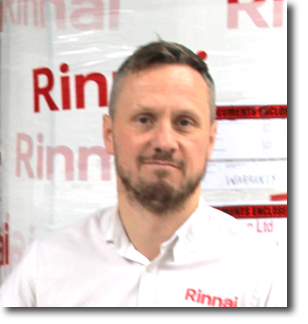 Rinnai’s Chris Goggin lists a brief guide to national & local power variables that do, and might, in the future, supply the UK end-user and consumer. He looks at what is currently on offer and how that energy is manufactured and operates within the total UK mix of fuels. 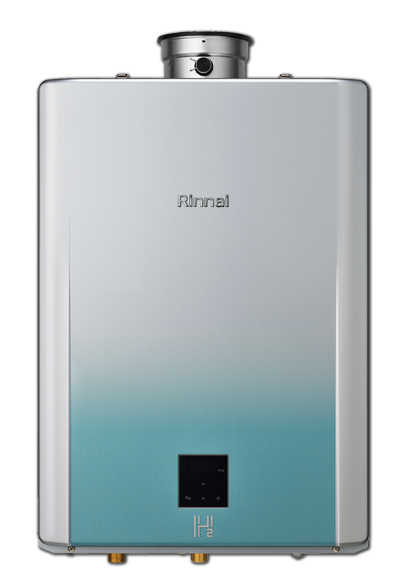 As the UK is now firmly in an era of energy transition it is important that all interested parties – heating engineers, contractors, consultants and end-users – should be aware of what alternative energy is currently available and future options being actively considered.

Carbon heavy fuels are currently being phased out and replaced with a variety of low carbon alternatives. Instead of oil, natural gas and fossil fuel-generated electricity, renewable sources such as wind, wave and solar are being gradually introduced into the UK energy mix.

Biofuels such as BioLPG and RDME could also become UK market relevant along with green gasses such as hydrogen, which is supported by the UK hydrogen strategy and a myriad of pilot schemes across the UK. Energy policy in the UK is also planning to increase nuclear capacity with the construction of several new facilities, with the objective of providing low carbon electricity and potentially hydrogen. Following is a short exposition of each energy vector.

Heat pumps are an old but current technology – the first was invented by Peter von Rittinger in 1867. They can be considered zero carbon at the point of use. However, the carbon intensity of the system is dictated by the electrical grid generation method. A heat pump works by extracting heat from air outside and elevating its temperature using a compressor. Compressed heat Is then transferred into a body of water for heating and DHW.

Residual heat is stored in a hot water cylinder used for showers and baths. If installed correctly on to an appropriate property a heat pump will prove to be an energy efficient, effective tool of decarbonisation to the end-user.

Heat pumps are widely used in Scandinavian countries and other major European economies such as Germany. Mainstream UK media support heat pumps as do governmental grants that supply most initial purchase costs. Heat pumps are available with approved technology that encourages decarbonisation. 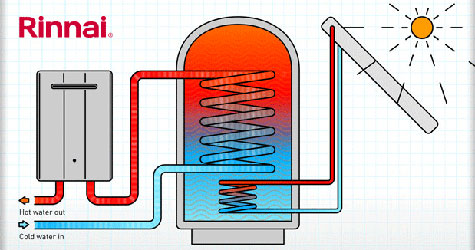 Solar energy absorbs sunlight into photovoltaic panels which produces an electrical charge. This charge of electricity is then converted and transported into a domestic or commercial application. The UK government encourages domestic renewable energy installation. Homeowners can partly subsidise their solar panels through several governmental grants.

One example of UK homeowners incentivised towards solar thermal installation through a governmental scheme is the Smart Export Guarantee (SEG) which allows homeowners to receive payments for unused excess energy exported back to the national grid.

Solar power is viewed as holding the potential to contribute meaningfully towards the current and future domestic UK energy mix as well as multiple others across the globe. Only recently it was announced that Global renewable energy company – Low Carbon, has announced construction of 3 new large solar farms in Essex, Derbyshire and Buckinghamshire. Construction in Buckinghamshire will begin immediately. Once complete the facility will provide clean power to more than 7300 homes. Capacity of this site will be 23.4MW. Work on the 28.8MW Derbyshire and 23MW Essex locations will begin in the early new year – 2023. Similar installations are being constructed across every continent.

Renewable wind energy is created when wind turbines are pushed by natural currents of air which is then converted into electricity via a generator. Current UK direction of onshore wind energy is convoluted. At present there is a ban on installing new onshore wind farms inside the UK. However, some media outlets report that the ban is lifted, others maintain the ban is still in effect. Offshore wind farm capacity is being expanded to meet future demand. There are several new installations being constructed inside UK and Irish waters.

Offshore wind facilities under construction and due to begin operations. Amongst the new sites to be introduced is the Dogger Bank Wind Farm off the coast of Yorkshire, Northeast England which will begin operations in 2025. £8.27 billion has been invested into this project and is a joint venture undertaken by SSE Renewables, Equinor and Eni Plenitude.

Further on-land construction work is continuing on the £35 million Holy Island Tidal Energy Scheme, in North Wales. 35 sq km of seabed will be used to generate as much as 240MW of clean tidal electricity, enough to power 180,000 domestic properties.

Renewable DiMethyl Ether – known as rDME – is a molecule-based fuel that can be produced through a wide range of renewable feedstocks which allows for quick and long-term sustainable production. rDME contains a similar chemical composition to Butane and propane and can be mixed with LPG in existing appliances to continue product operations.

rDME combusts cleanly and releases no “soot” emissions. It has many fuel properties that make it easily used in sites and appliances currently using diesel as a fuel. It has a very high cetane number, which is a measure of the fuel’s ignitibility in compression ignition engines.

Future capacity of rDME is set to rise sharply, further increasing the likelihood of rDME being introduced nationally at some stage soon. A demonstration plant is to be opened later this year, whist the first operational commercial site manufacturing rDME will be on-line in 2024 in Teesside.

LPG (Liquefied Petroleum Gas) is a low carbon fuel source that is supplied in two forms – propane and butane. BioLPG is 100% carbon neutral and produced through renewable feedstocks such as plant and vegetable waste. Both are considered future forms of carbon friendly energy.

LPG producers see a role for Bio-LPG in the future whether that be blended with LPG or BioLPG. The fuel can be theoretically drop in, meaning limited disruption and user familiarity. Companies have invested over £260 million to date in developing clean liquid gases, including bioLPG and rDME to market. During the transition to renewable liquid gases LPG will remain a valuable part of the low carbon energy mix.

As economies and industry attempt to decarbonise fuel supplies, demand for LPG and BioLPG will rise. Legislation amendments introduced by the US, EU and Japan could see both demand and produced volume of BioLPG increase.

Nuclear energy occurs when a reaction from either uranium or plutonium is stimulated to generate electricity. The UK government is keen to expand nuclear capacity.

As of writing, it has been confirmed that the UK government will inject £700 million of taxpayer’s money in developing Sizewell C nuclear power plant. Doing so will provide 6 million homes with low carbon electricity for more than 50 years and strengthen national energy security.

An extensive list of major international energy companies, such as BP and Equinor has announced various projects costing billons that explore the introduction of hydrogen as a major contributor towards future global energy needs. Spanish renewable energy company Iberdrola are planning to develop a green hydrogen production facility at the UK’s largest port in Felixstowe. Iberdrola is prepared to invest £150 million in the project which is expected to be operational in 2026.

Closer to home the UK issued its Hydrogen strategy in 2021, with the objective of achieving 10GW of Low Carbon Hydrogen by 2030. The strategy is also seeing rapid developments in pilot schemes using 100% hydrogen across the UK.

For more information on the RINNAI product range